By Holiblog Contributor in Uncategorized on March 18, 2018

It seems like we have been here forever… The snow and ice at home, seems so far away that it could be the other side of the planet…

Four more dive days, including today. Hoping to do four dives today and three at least for the next three days. Chasing the big 1200 and would rather do that here than in Chepstow two weeks after we get back.

We are going to the other side today. Hoping to get down to the pinnacle on Santa Paz, if the current will allow, followed by another dive on the beautiful Napantao. Tomorrow there is a whaleshark trip, we have decided that if the wind is calm we will stay on this side of the bay and take a road trip to Little Lembeh for a couple of dives. It the wind is up then we will go on the trip which is in the shelter of the prevailing wind.

I would say that someone was whistling on the boat yesterday! My thoughts turned to Willy and his view on this and those little animals with long ears and fluffy tails. Well at least we can say MacBeth on the boat! Not sure why you would, but you could, if you wanted, just saying.

When there aren’t so many guests on the boat, they sometimes play music. I am not a big music lover but I like what I like. Turns out that the guys here are really into Queen. Took me back to us all singing Bohemian Rapsody on the transfer from Phuket to Ao Nang. 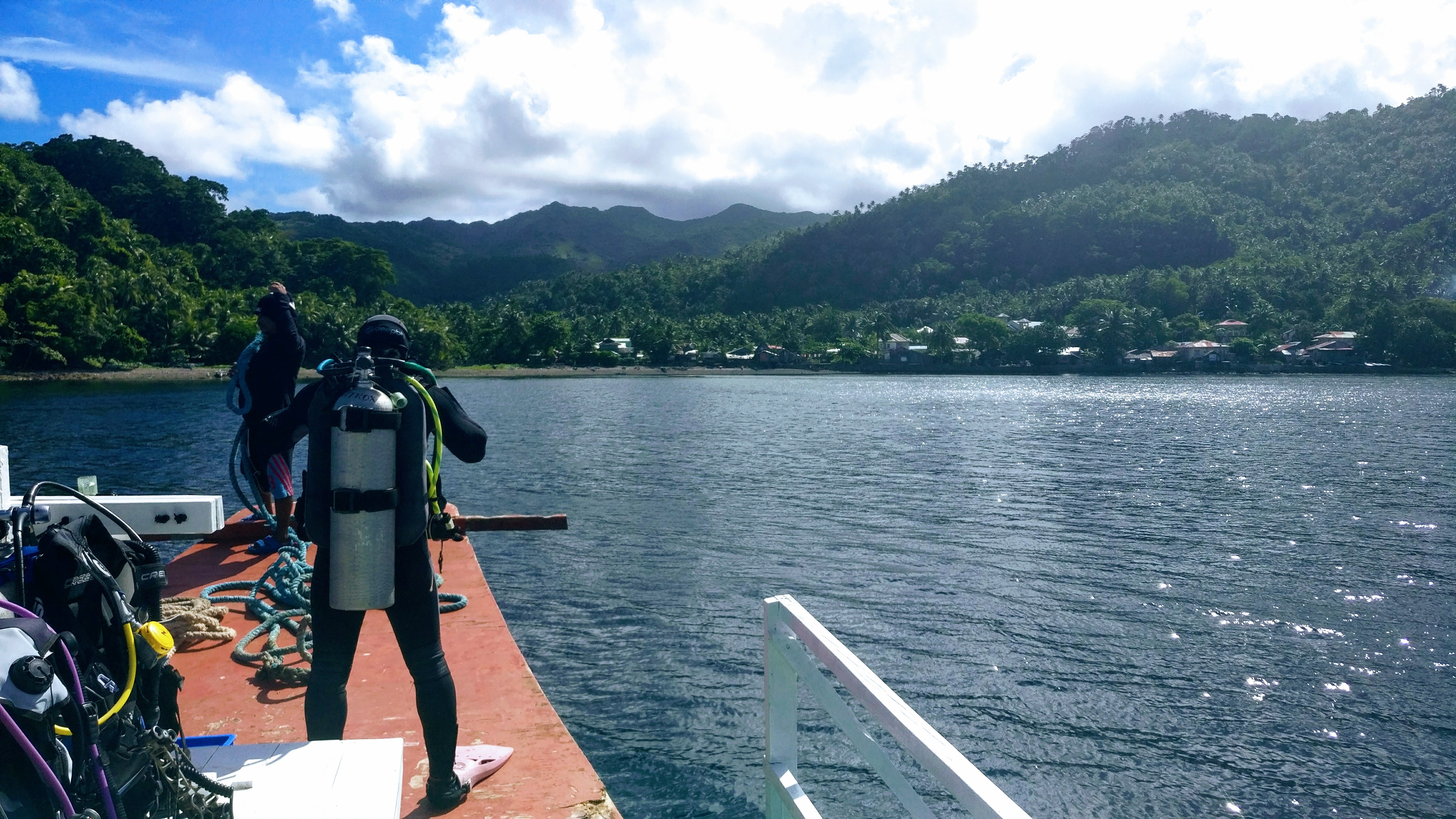 First dive done to plan. Down the wall to the pinnacle at about 30 metres. It is so very beautiful. Back up the wall to the sandy part where we both got viciously attacked by clownfish. Aggressive little buggers! They even drew blood.

Special Ops for Pedro and Dave. New mooring put in at Santa Paz.

We have now arrived at dive site number two. Napantao.

The water looks so amazing. 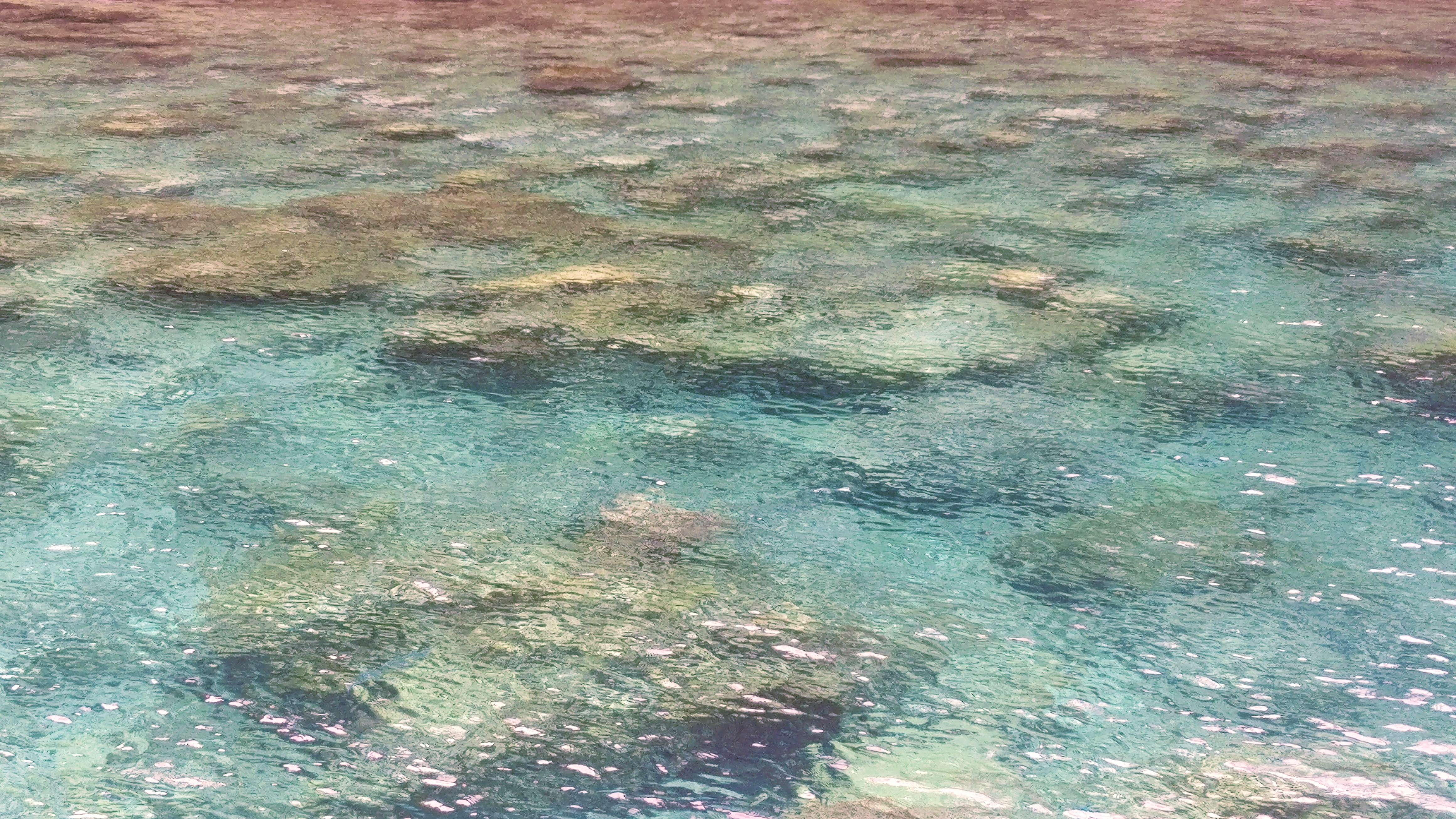 The boat has clutch failure…

Pedro, in a former life, was a mechanic. So, very like in England, one person in there doing the actual work, every one else standing around the hole, looking in with their hands on their hips, trying to look as helpful as possible.

Once Pedro was satisfied that the boat will get us home, we went for our dive.

We found the current fish. It was lost and went in every direction. Left, right, in, out and up and down.

Not my favourite dive of the holiday, but it was a very pretty wall.

The trip back was fine although it was a little slow in the beginning. Back at SBSR, mooring was a little hard due to the lack of reverse gear, but the crew dealt with it brilliantly.

So, the plans for the rest of the day have changed. Pedro is tied up sorting the engine out so we are going to dive from the boat to the shore with Dave. Pedro has called it a mini divorce… Or perhaps a cooling off period.

Additionally this evening, it looks like the night dive is off. Hopefully we will be able to do the pier dive on Wednesday.

Lunch was taken on the veranda. Here is the view. 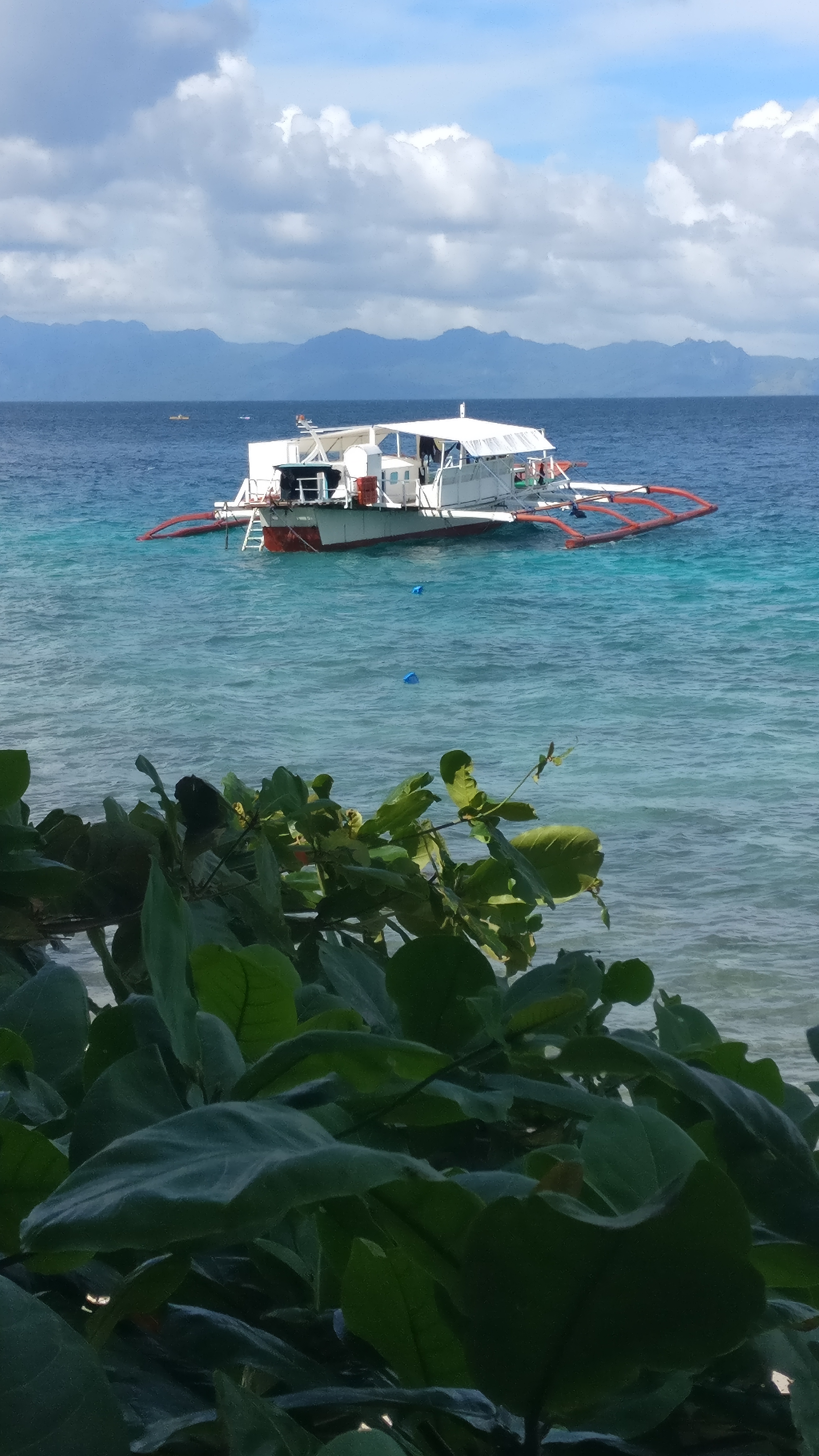 The crew and guides taking kit from the boat to the dive centre. 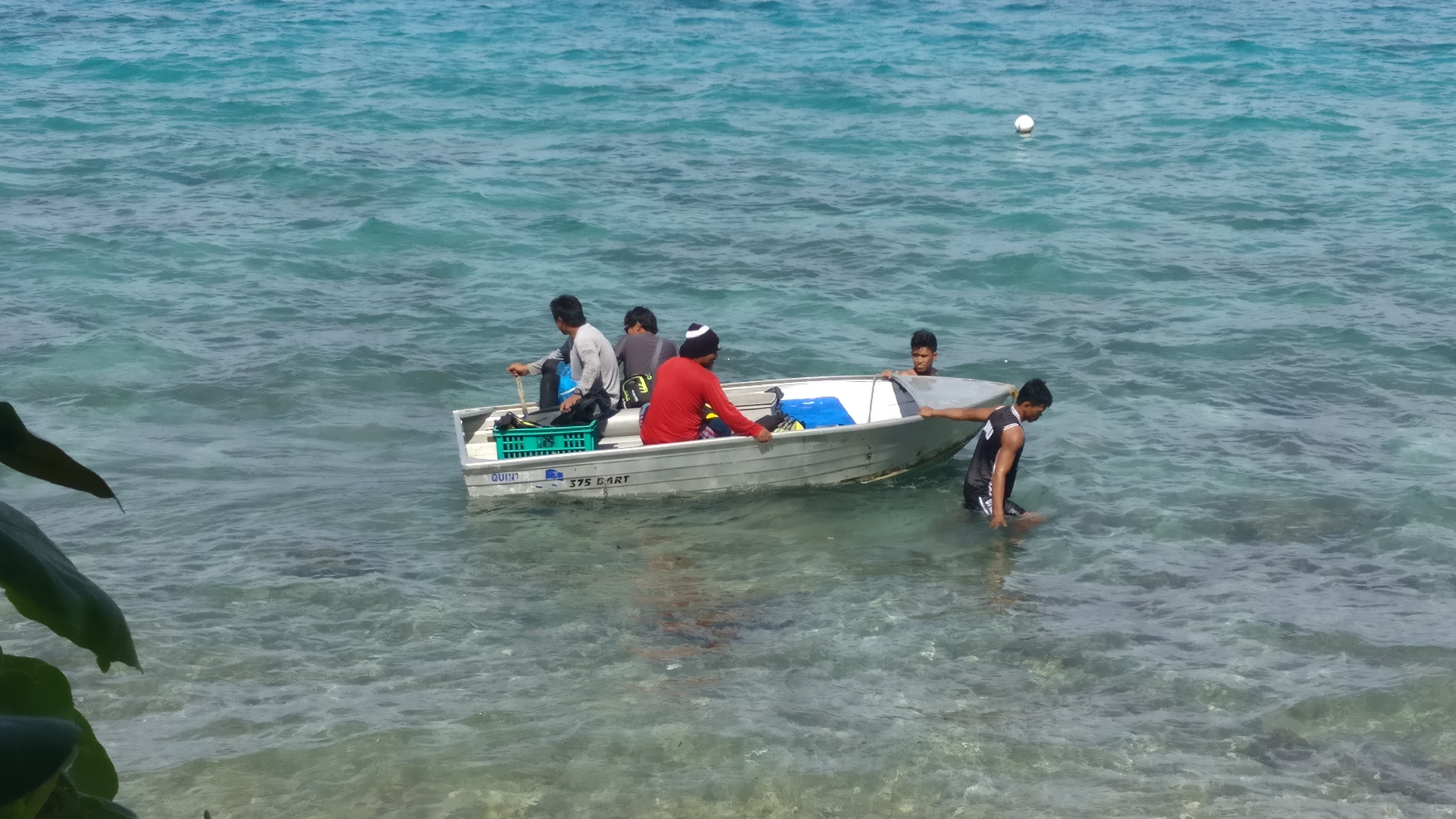 Unloading at the dive centre. 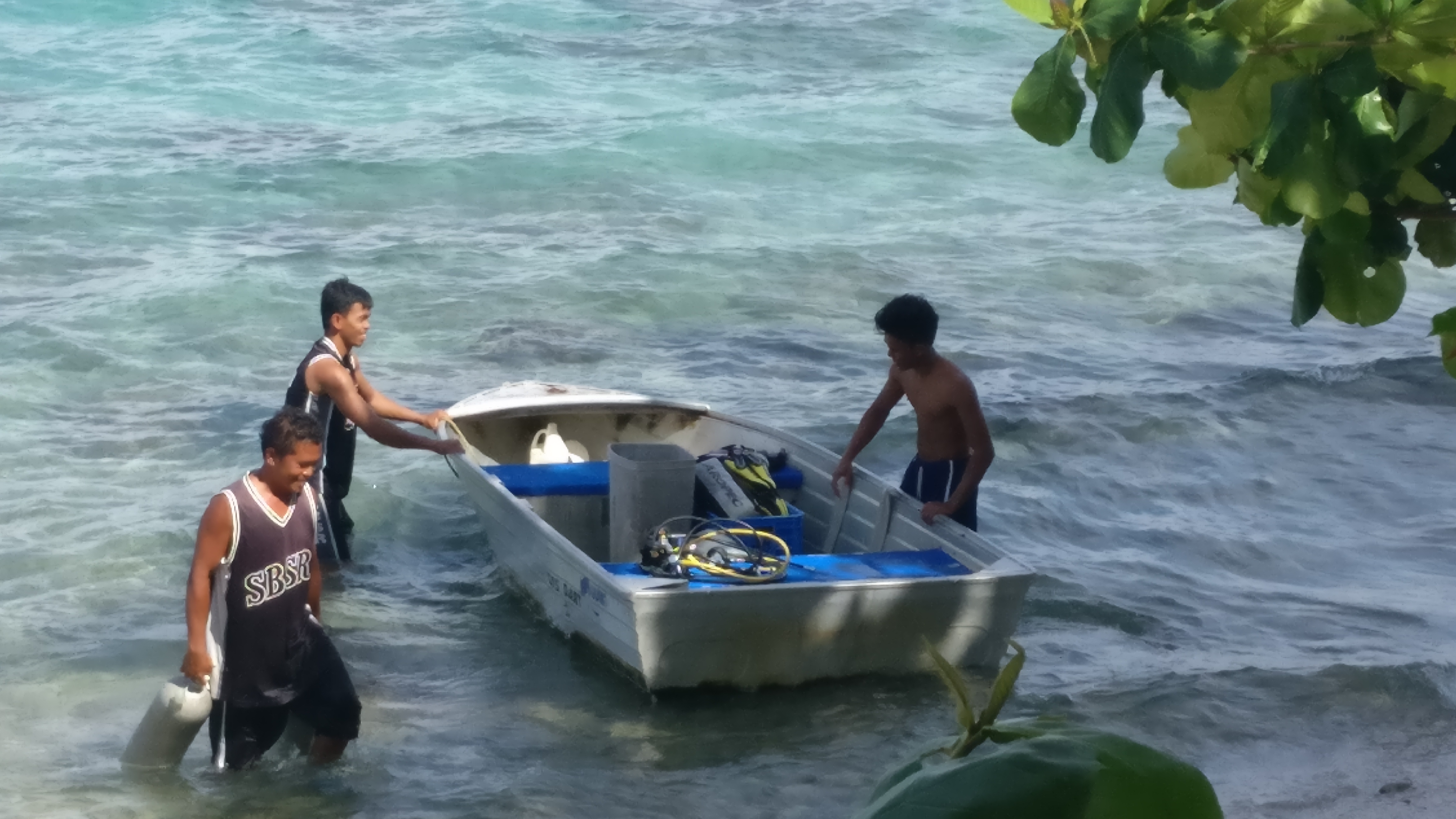 Our dive guide was Dave for this one. We had a bimble about near the boat and then swam back to shore. Lovely relaxed dive.

Now, in the absence of Mike or Jen here to fall over, I took up the challenge…

Coming back into the apartment, on the nicely polished floor, in slow motion, my right foot slid forward and my left knee hit the floor with a bit of a whack. Ouch, I said…. Currently can’t feel my knee cap, but that might be because of all the ice I have applied. I think I might get a bit of a bruise. It also tore a hole in my very tasteful underwater leggings. 😣

Dinner was excellent as always. Lumpia for starter. 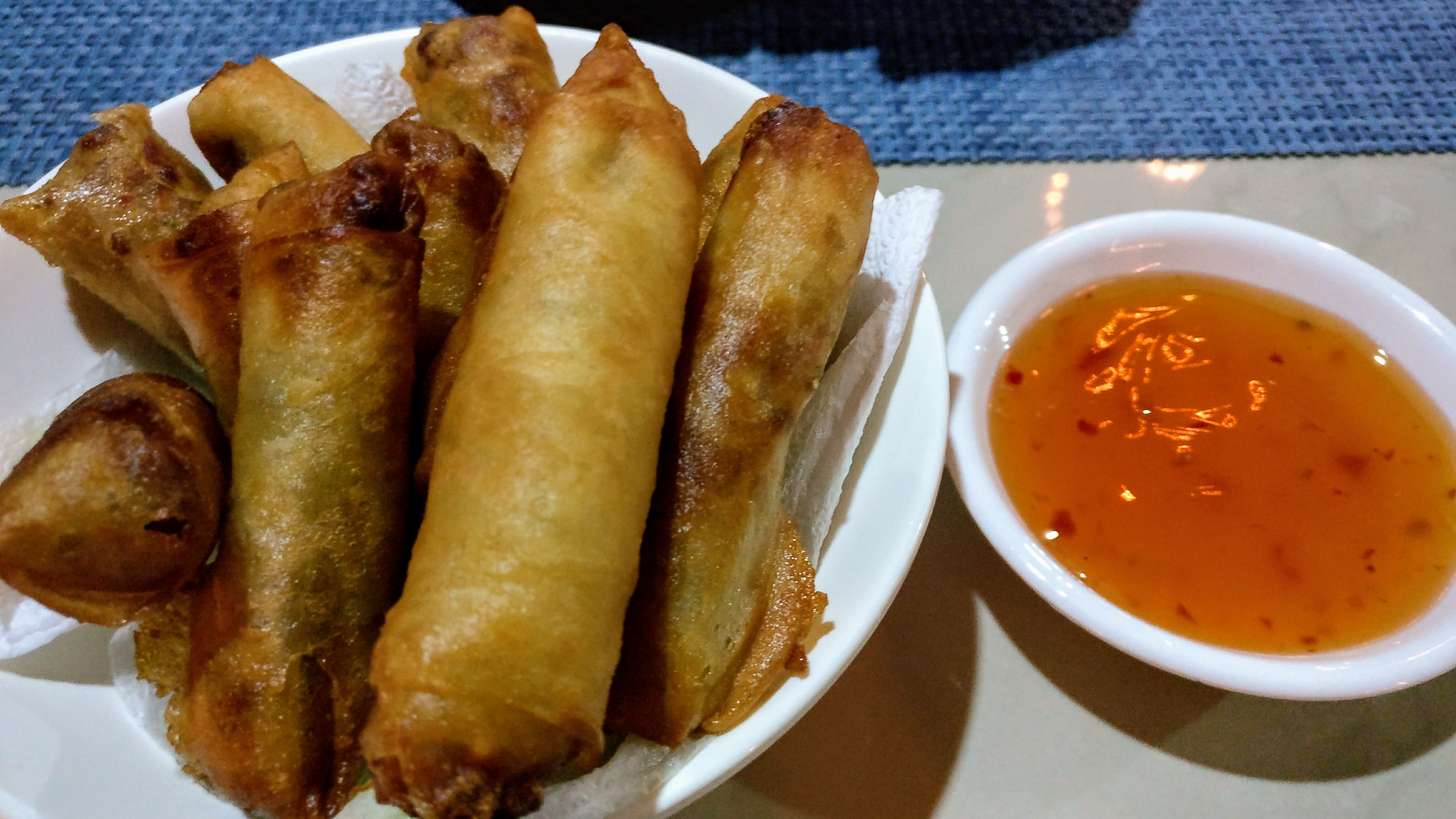 Only one crib game today. It was a close thing… 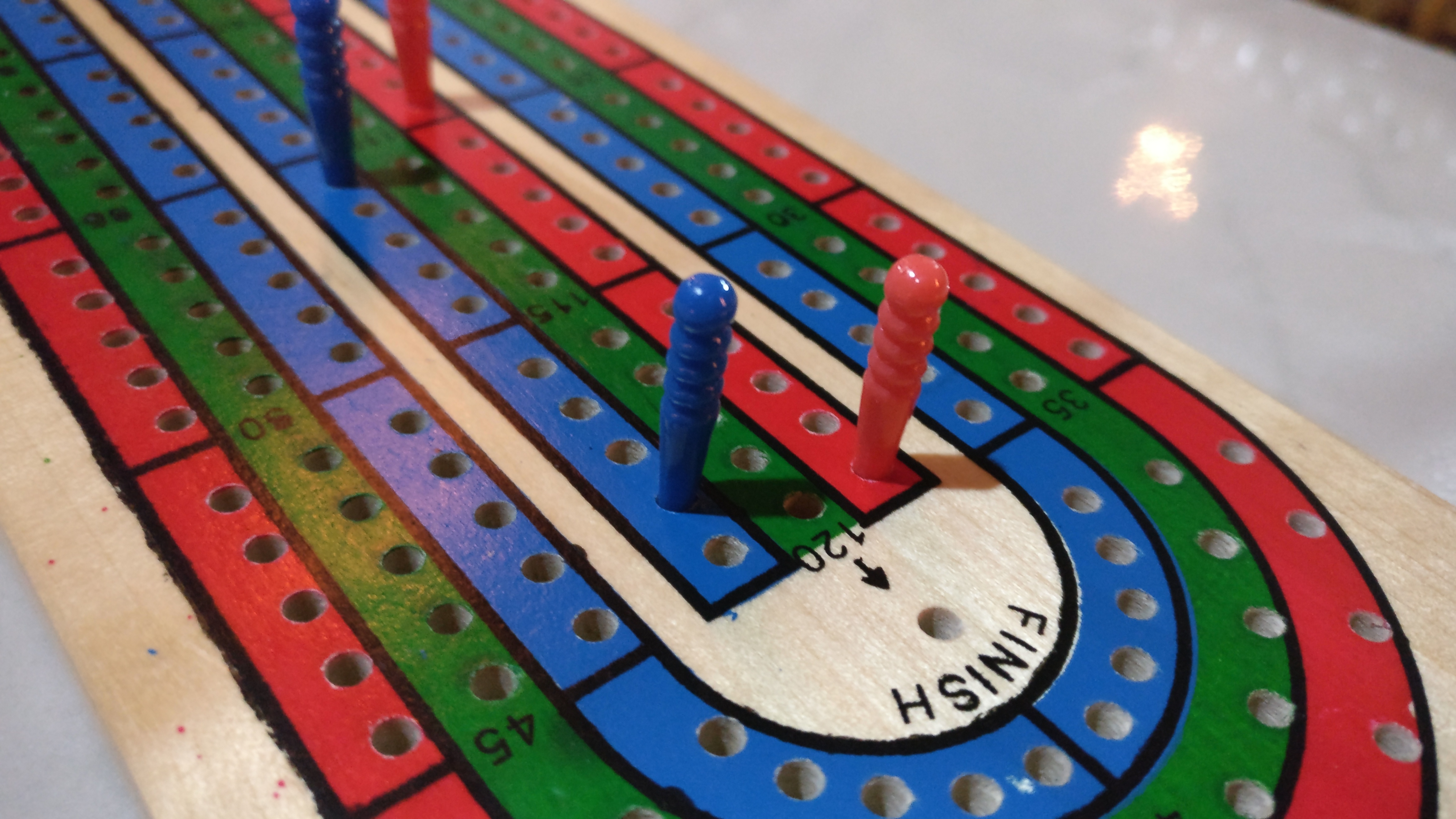