Ready for the Off 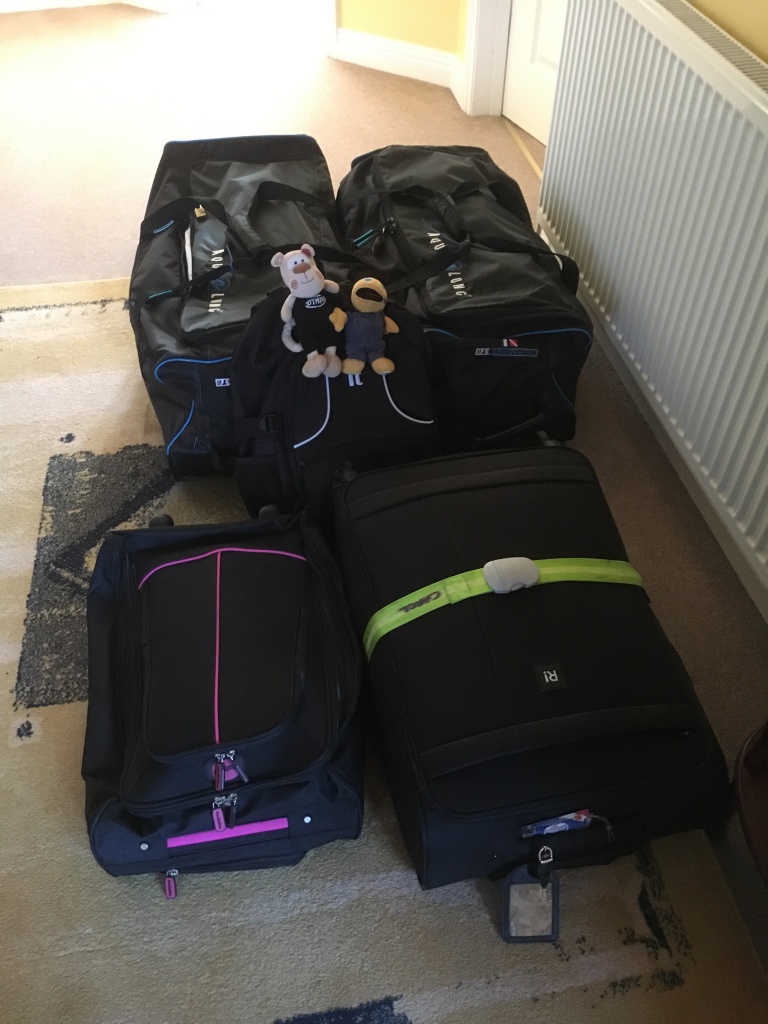 Having a beer and ready to go 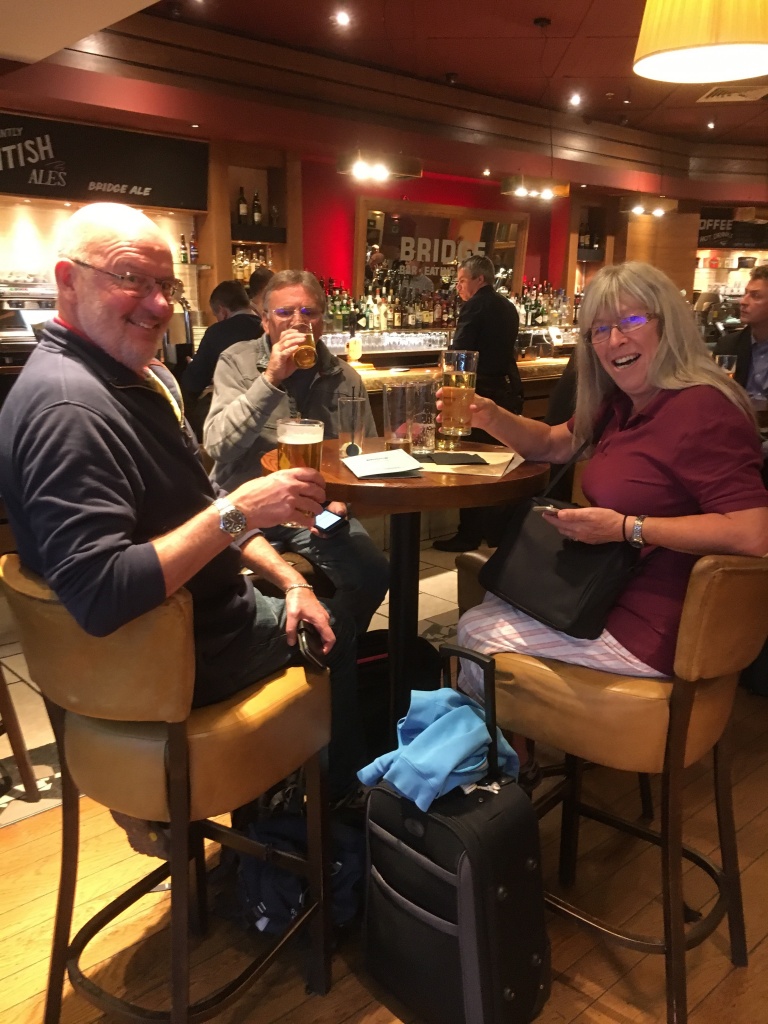 All this for our dive gear 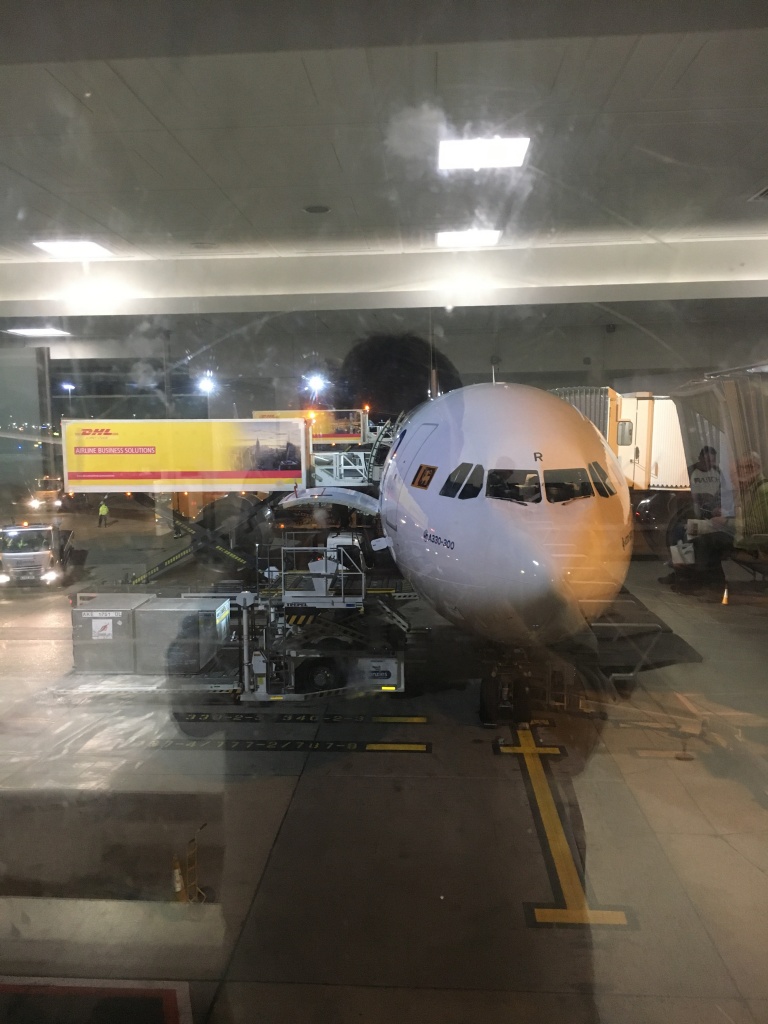 Arrived at the boat on Saturday which looked good before you looked closer. Looks like a Red Sea live aboard and not a new boat as we found out, it was built 7 years ago and has just been sat collecting dust! 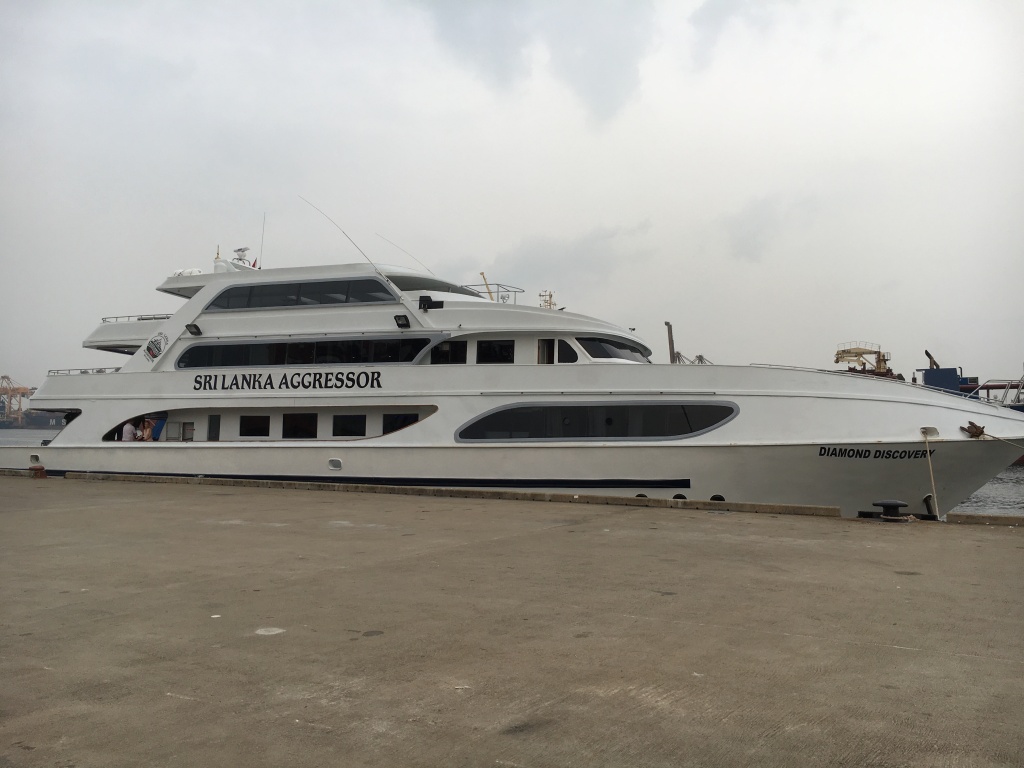 Now on board cabins are nice but not sure about the rest of the boat.

Malc says its great being in the port as there were lots of container ships being loaded and unloaded. 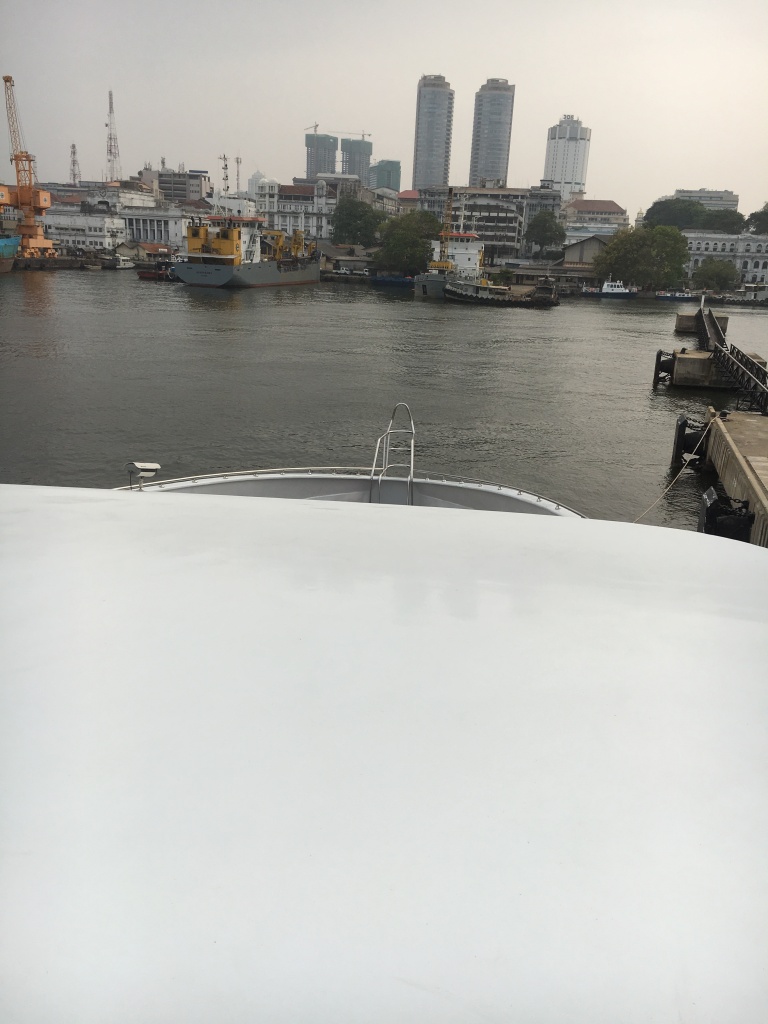 First day of diving, first dive on MV Thermopylae Sierra a cargo bulk carrier sunk in 2012 so not a lot of coral but quite a few fish and vis quite good. A moderate swell on the wreck.
Next 2 dives on MV Medhufaru a general cargo ship sunk in 2009. Lots of swell on the wreck which made Malc feel sick and vis not brilliant.  Vis a bit better on the second dive.   Seem to be lots of fish life on the wrecks but not coral growth.

Deep dives today, the first 2 both on the SS Perseus. This is a much older wreck and covered in coral and fish life, but as the wreck sits in 40 metres so the dive time is limited – good dives

The 3rd dive was on the Pecheur Breton, a wreck covered in cup coral on which there was an extremely strong current.

Generally a lot of issues surrounding the boat and diving so today as the sea was flat calm we all agreed to go off shore whale watching. It was not long before we realised we were surrounded by blue whales, at least 30 in number.

We used the Ribs to get closer, what a great experience, with lots of photos and videos taken.   The day was topped off with a pod of at least 100 spinner dolphins. 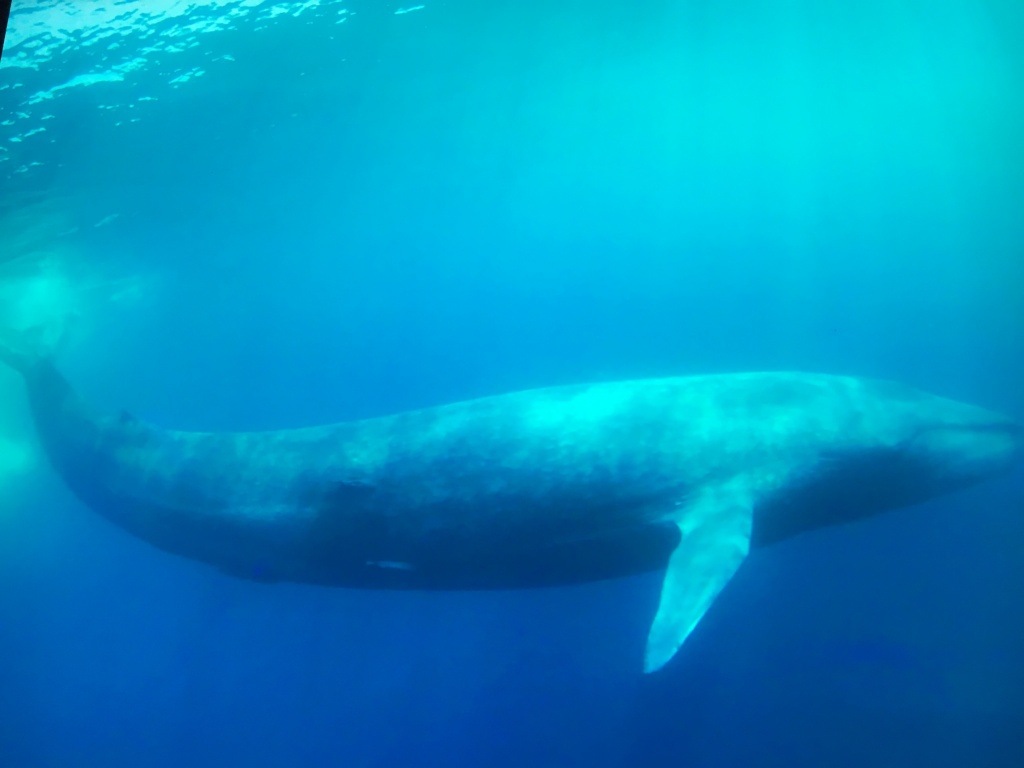 Diving again today with the first dive on MV Chief Dragon, a vehicle carrier sunk in 1983 with chassis, drive shafts and axles which was all that remained. Tide extremely strong on this wreck and doing the safety stop was challenging.

Then followed a long boat ride to a reef further north and again the tide was strong so stayed fairly close to the line, quite a few fish and nudibranch but challenging coming back up the line.

This was to be the last dive of the trip and we ran back to port in a heavy downpour and swell.

Our morning was spent on the boat waiting for a coach transfer.

The coach journey was slightly longer than advertised and 8 hours later (having stopped for lunch) we arrived at the Aliya Hotel.

A combination of road works and heavy rain made us realise why we had never booked a Wallace Arnold tour!

An early start this morning as we were off to the safari park. What a great day travelling round in open jeeps. Saw lots of wildlife including crocodiles, sloth bear, wild boar and Leopard.

Then to the next most bizarre hotel we have ever seen which was a Monastery built out in the forest a buddist monk retreat.

They only serve vegetarian food but the evening meal was to die for.

Just 5 of us left this morning, after breakfast travelled back to Negombo to our Hotel  the Paradise Beach Resort.  This is to be our home for the next week. 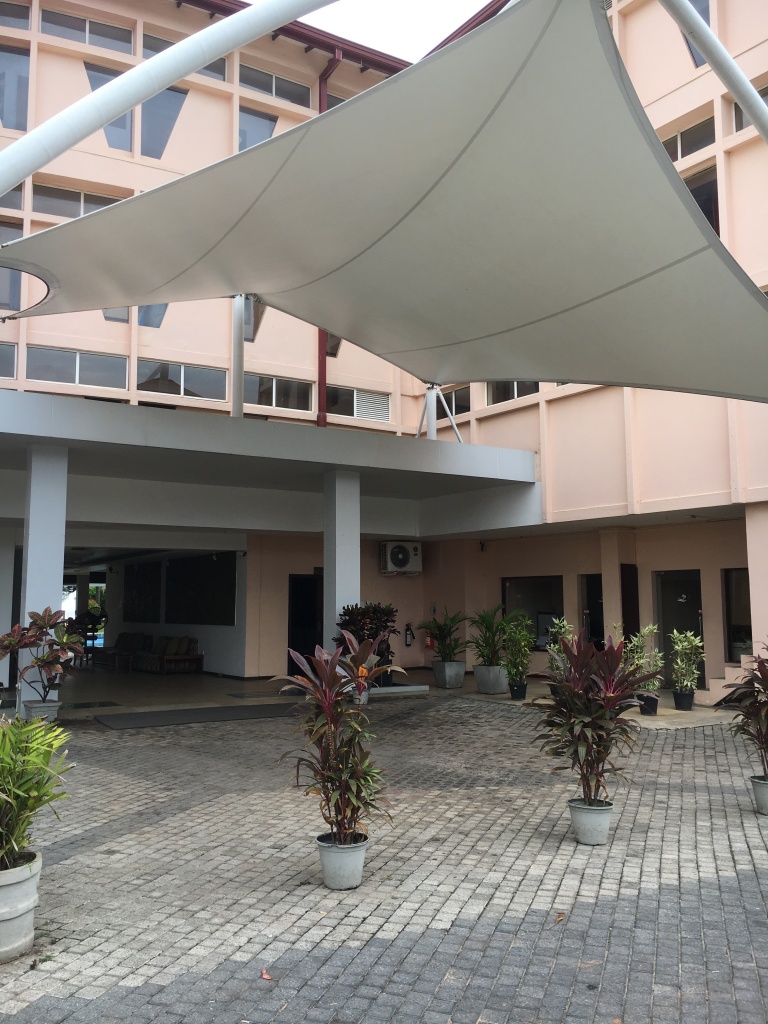 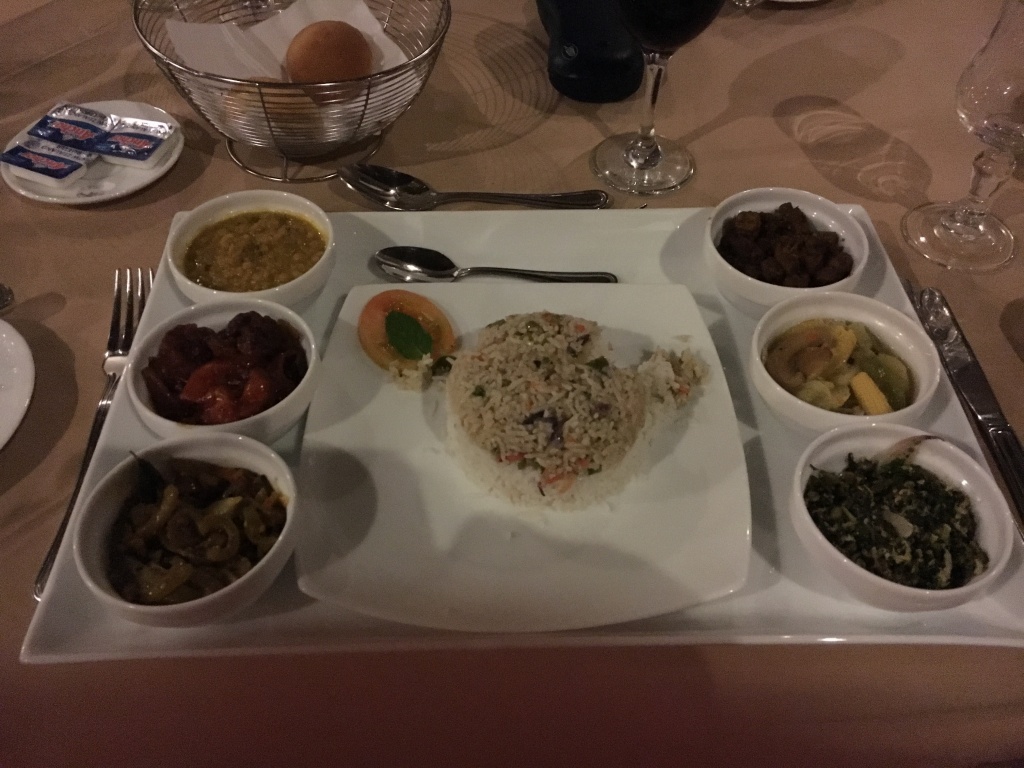 Today was a lazy day just chilling on the sun beds. We did walk out of the hotel lunchtime and found somewhere for a beer. They went and bought the beer and then came back and served us – this is a crazy place.

Had a rest and then later walked down to have a look and see what was around the hotel, lots of tuk tuks. 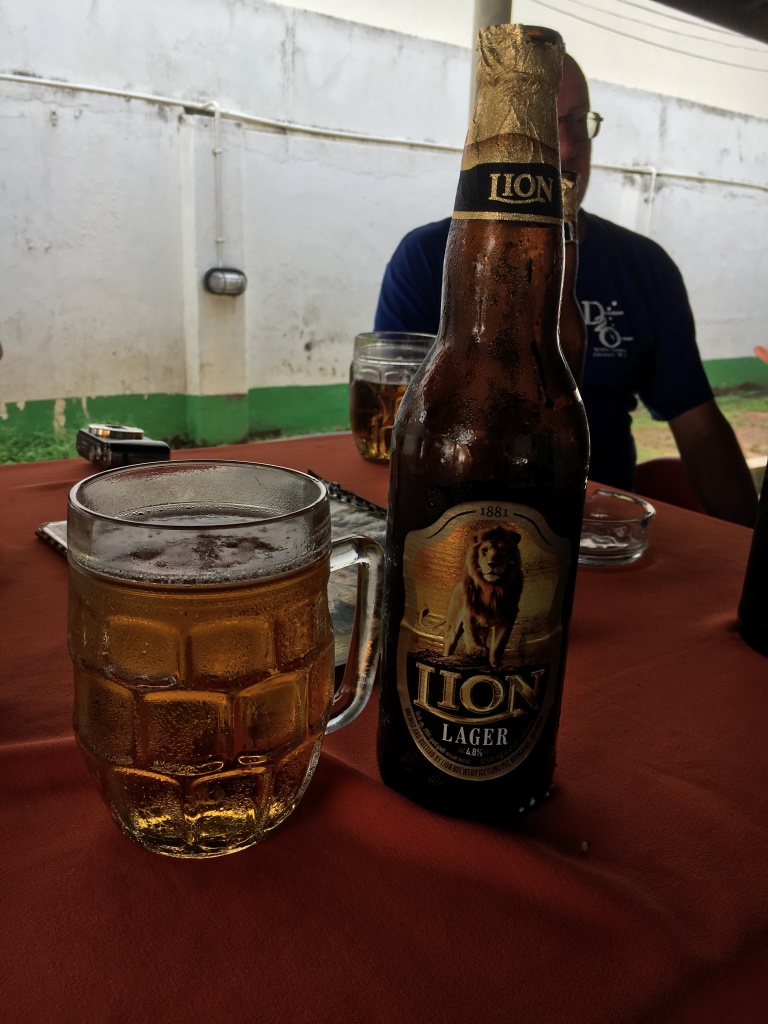 Up early this morning for our trip to the Elephant Orphanage (which was an hour late), what an amazing place.

Saw the elephants bathing in the river, fed them, and one took a liking to Sues camera. 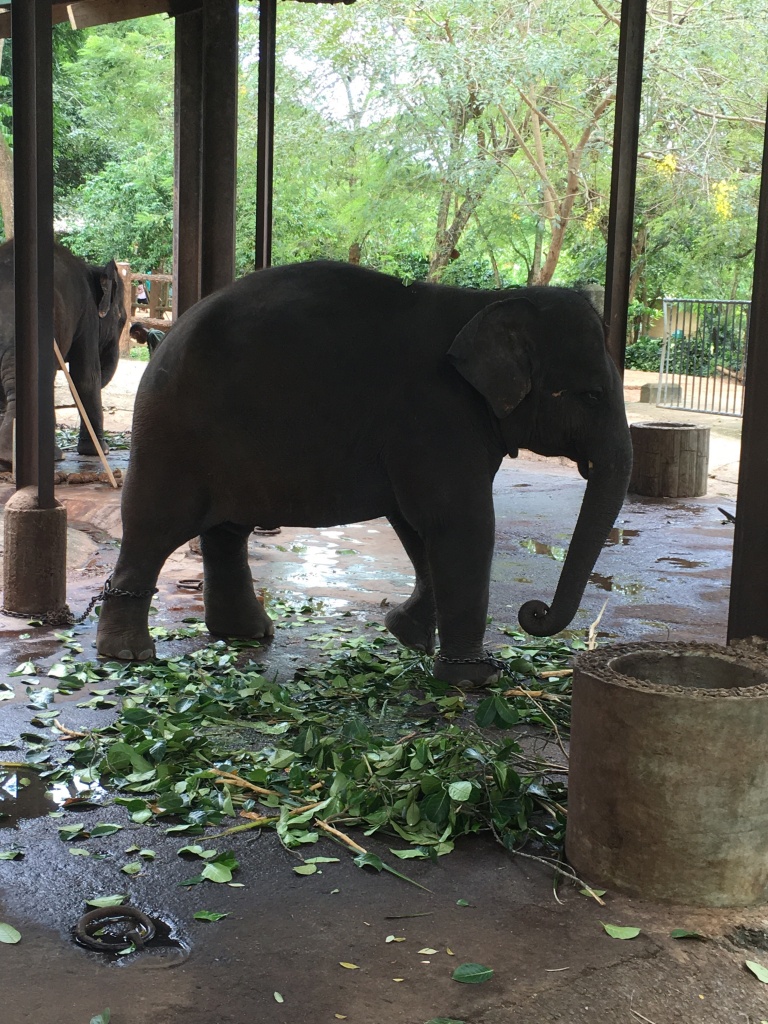 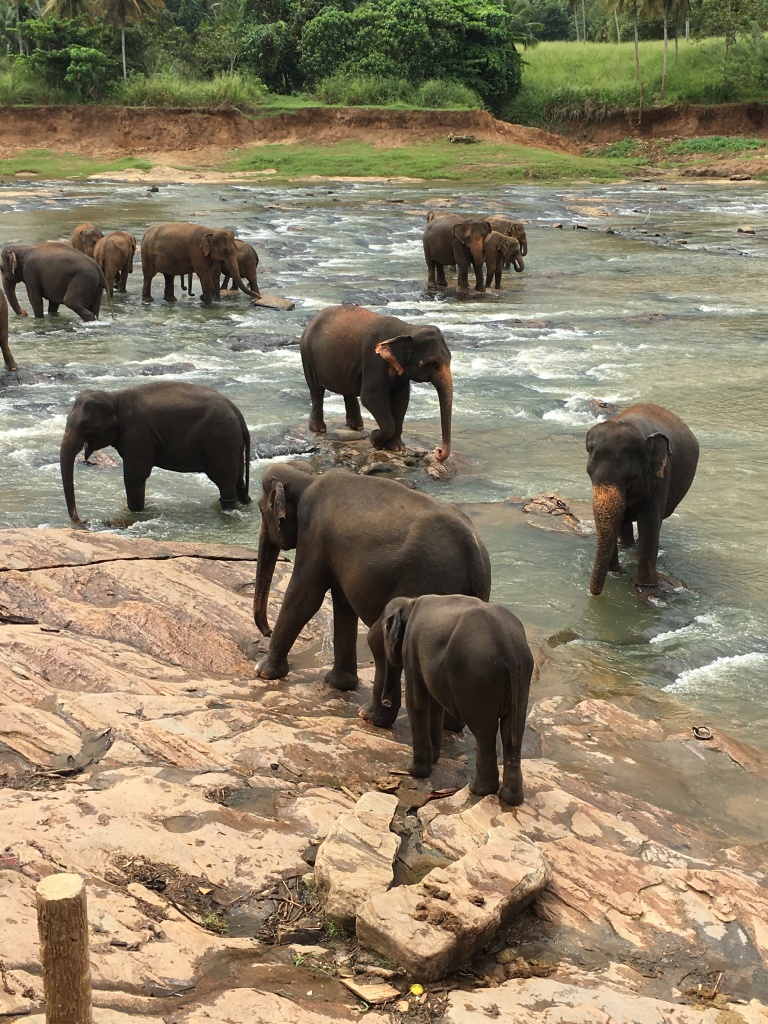 Our next stop was the spice garden – really interesting. Then a trip to the Ceylon Tea factory and a whistle stop look at the Tooth Temple in Kandy.

Then time for our nightmare trip home nearly four hours of Sri Lankan driving and traffic in the most dramatic thunderstorm.

A lazy day again today, just spent round the pool chilling and playing crib. Currently it’s 4/3 on the crib to Graham and Sue. Another thunderstorm tonight.

Another lazy day today with a tuk tuk ride at lunchtime round Negombo.

Saw a couple of temples, a herb garden and then to the fish market. Dried fish on the beach – yuk and also fresh fish in the market.

Then beer o’clock for the boys and massage for the girls.

Not much going on today. A walk up the road being harassed by people wanting to sell tuk tuk tours.

A drink at lunchtime and crib this afternoon.

The last day of the holiday, a bit of shopping to start, pool and sun and then lunch and drinks next door. 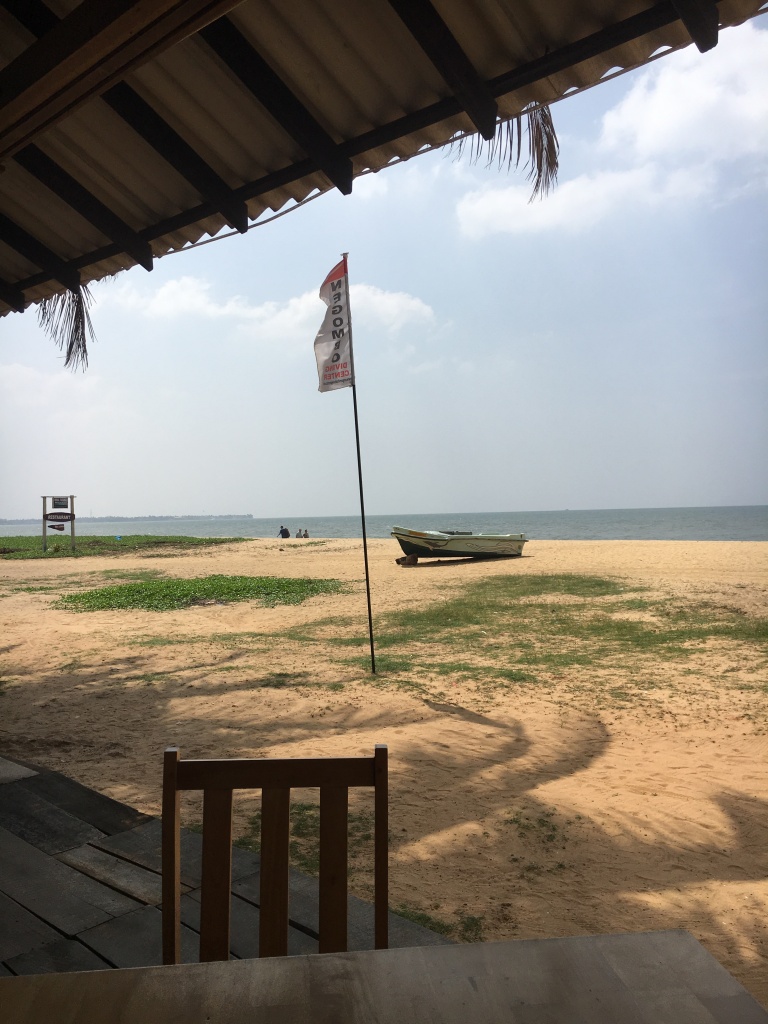 Zippy and spanky fast asleep in the diving gear, dry and warm.

A little cooler here this morning with clouds in the sky. So it’s goodbye Sri Lanka and the nice staff we have met in the Paradise Beach Hotel. 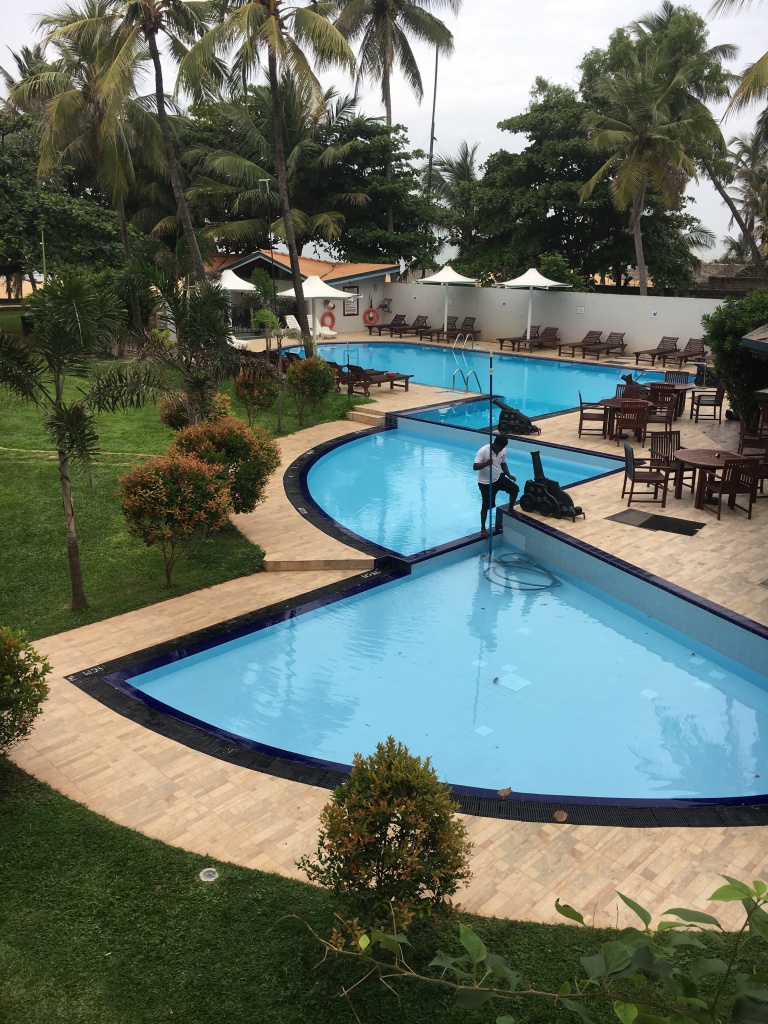