By Holiblog Contributor in Uncategorized on March 11, 2018

Today’s covert news is that it is Jo’s Birthday but I am not supposed to tell anyone over here, so I’ll just tell the rest of the planet instead! For a special treat I have arranged muck diving at Little Lembeh!

A little overcast this morning but no wind and the sea is flat. 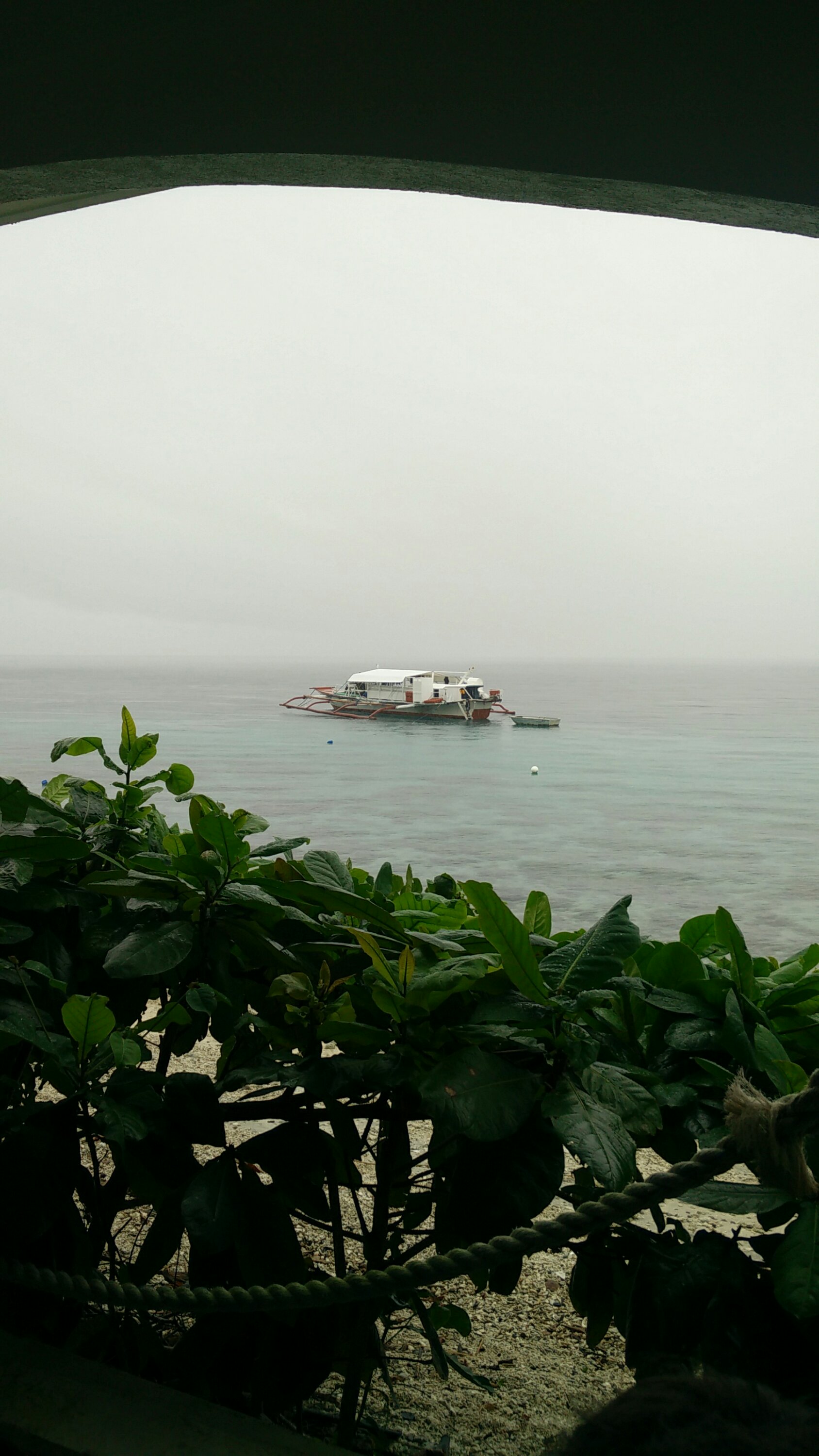 The boat is loaded and breakfast is on it’s way.

We headed off to Little Lembeh, so called because it is known as a muck dive site like most of the sites in Lembeh, Indonesia.

On our way there we were treated to a spectacular display of a very large (1.5m+) sword fish repeatedly jumping out of the water. It’s sword looked extremely pointy and all together not the sort of thing you would want to face under water.

The dive failed to disappoint. Several Ghost Pipe Fish and a Flamboyant Cuttlefish were some of the larger sightings. Smaller cuttle fish and nudibranches were also seen in some abundance.

We moved down the coast a little and did a second muck dive by a small village. More cuttle fish and nudibranches amongst a plethora of coal outcrops, each with their own microcosm of sea life.

Back for a swift lunch, a salad roll for Jo and extra spicy fried rice with chicken for me then out on to the boat for the afternoon dive which will almost certainly be something ‘local’.

And local it was! Voltaire’s Rock, just off the moorings, a pleasant bimble amongst coral outcrops, mahoosive frog fish and other such marine life.

Back on dry land for the Red Horse and Calamansi juice. 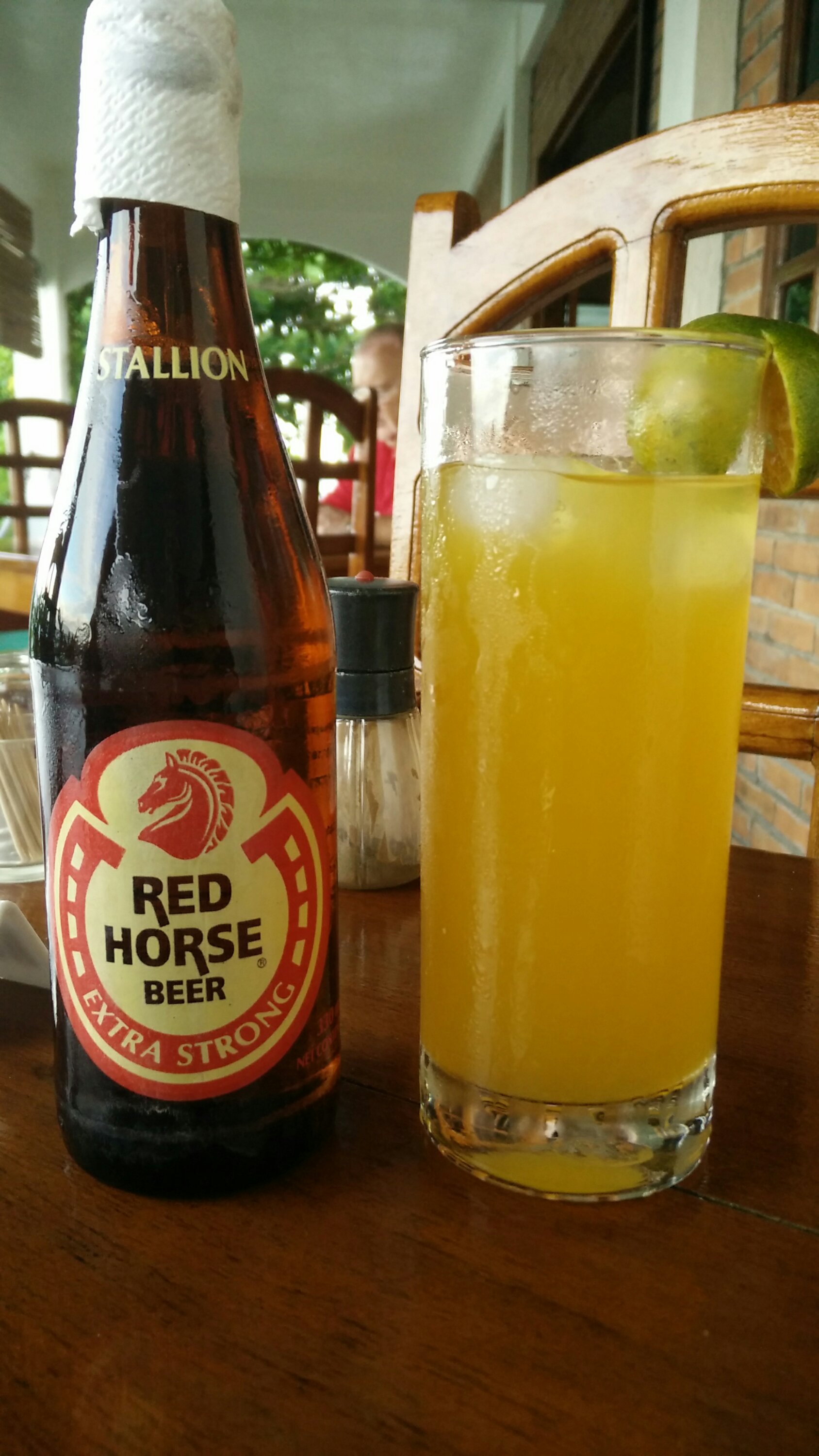 There is a general order of things once diving has completed. Once we have made the precarious journey shore on the aluminium tea tray, we have to dunk the cameras then dunk ourselves. The first one out of the shower had to disassemble the cameras and commence battery charging, then it’s logging and blogging before heading over too Almers and Jerry’s for crib, more beer and tea. We can usually get one or two games in whilst tea is being made. After that I mostly tend to pass out whilst Jo downloads the photos and deletes all the rubbish (and I do take a lot of rubbish).

Then we both tend to pass out completely before doing it all again!

The weather is much improved. There is more blue in the sky than white or grey, which is nice.

Today’s pictures are mostly about cuttlefish, flamboyant and non-flamboyant though there may be other contenders in the nudi department, time will tell.

Several folk here are off to Moal Boal next, we have met divers from: Canada, USA, Belgium and Germany, all very sociable. The group of 5 Canadians booked this through Tony (actually their second trip with him) and the two Belgians bumped in to Tony at Malapascua last week, he sent then here!

Tomorrow we are assured that we shall be visiting Limasol island (3rd time lucky) for a couple of dives at least.

Birthday dinner and crib tournament was a great success with Jo winning the first game. New menu items were tried, tonight we had deep fried Lumpia 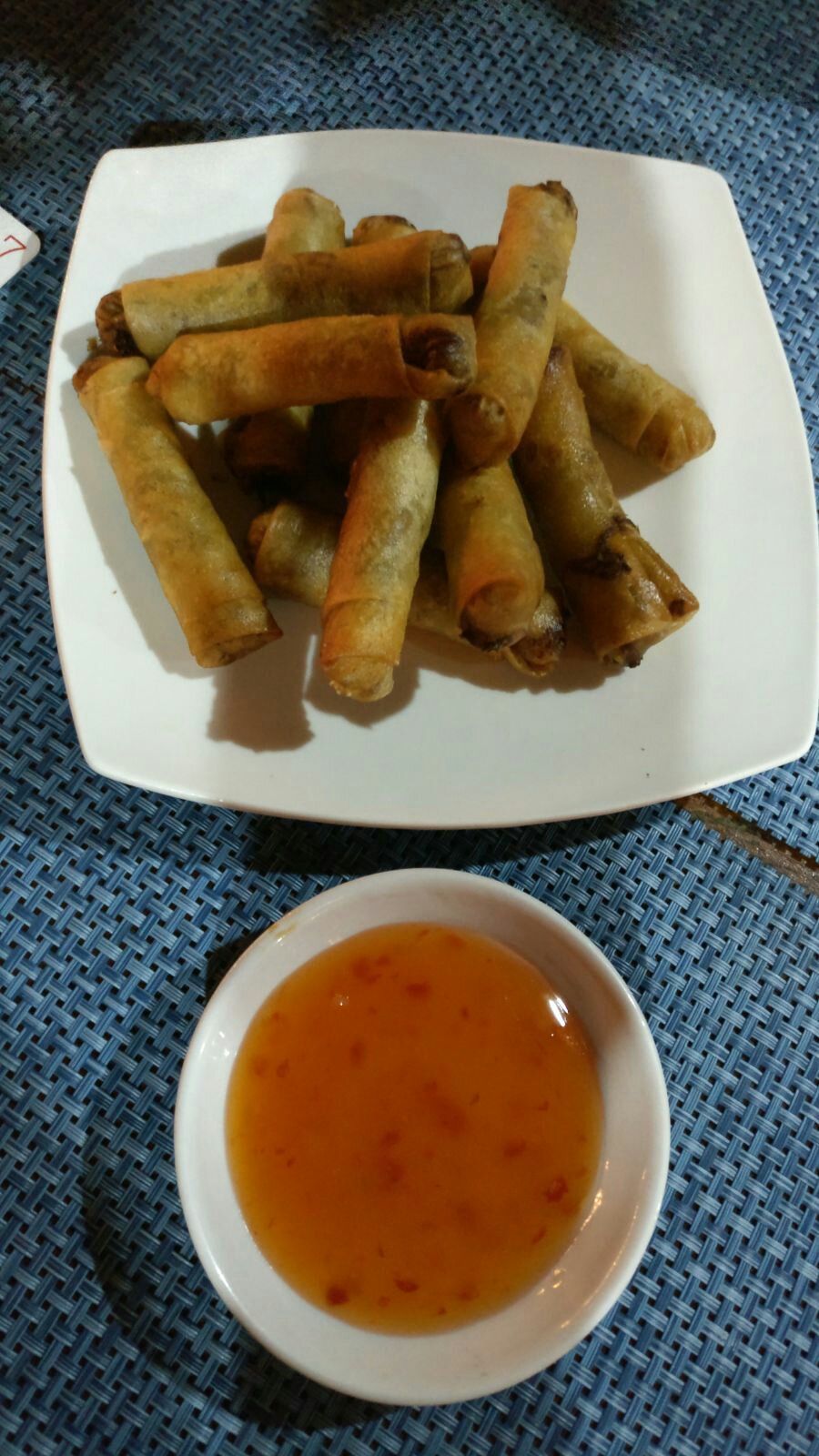 followed by Pork Sinigang along with sweet and sour chicken, garlic rice and pickled papaya, 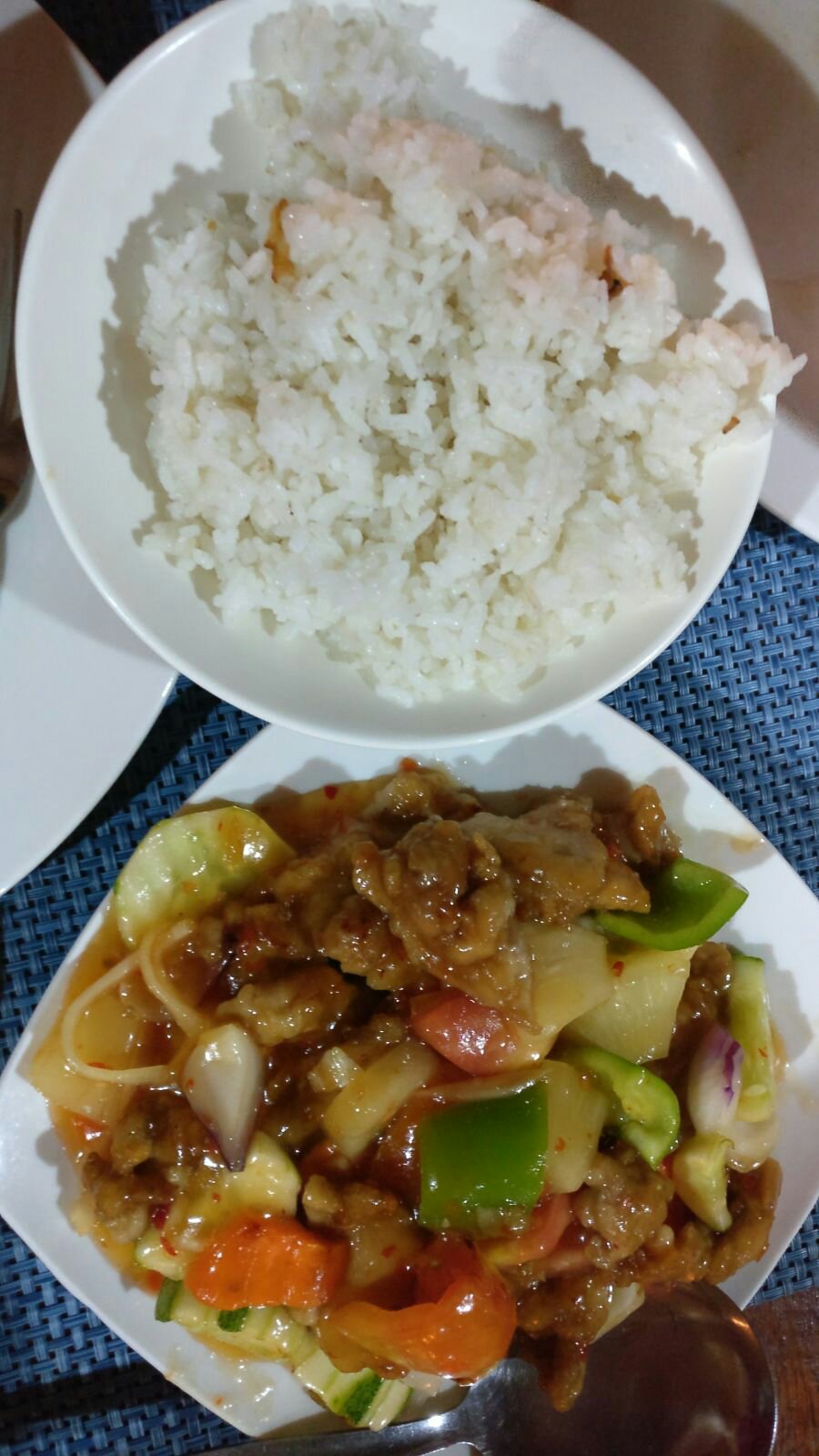 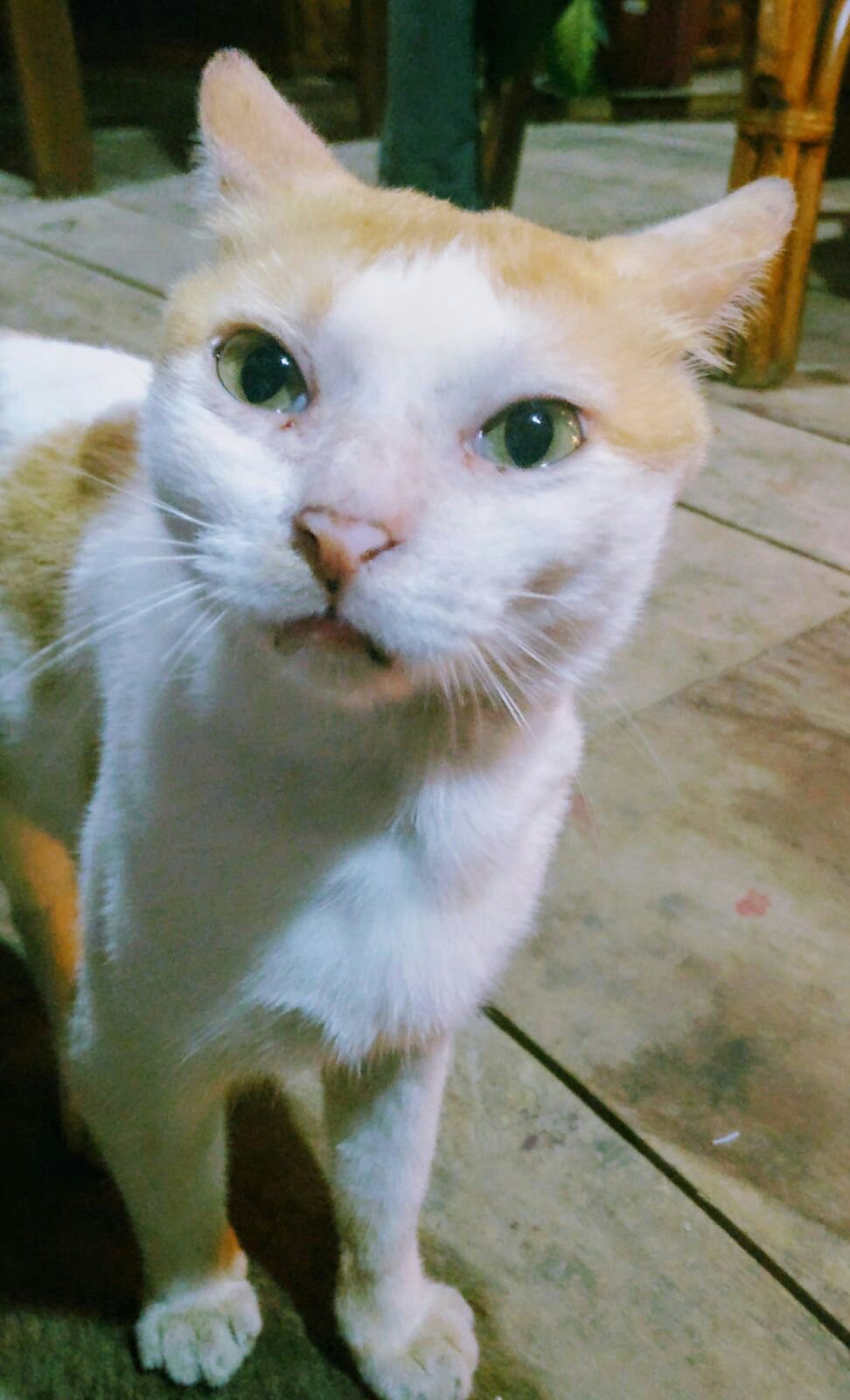 This the the same cat that was recently on the receiving end of Jo’s foot when she thought it was me.