By Holiblog Contributor in Uncategorized on October 3, 2018

Yet another early morning and having to leave the comfort of our rooms, it’s back to the dive centre and let the days fun begin.

Dive 1 today was The Oliveira e Carmo a Corvette 1340 tonnes and 85 metres in length, which following a storm was shortened by 20 metres and it was the big bit that Moved!

The second dive was The Zambezi an Ocean Patrol Boat 292 tonnes and 44 metres long. This wreck is well broken up and sits on a muddy seabed with a coral garden alongside. Ok if the visibility was good but it was not. Again as with the previous dives the marine life is prolific, can you believe congers in this part of the world.

On the way back a Dolphin show. 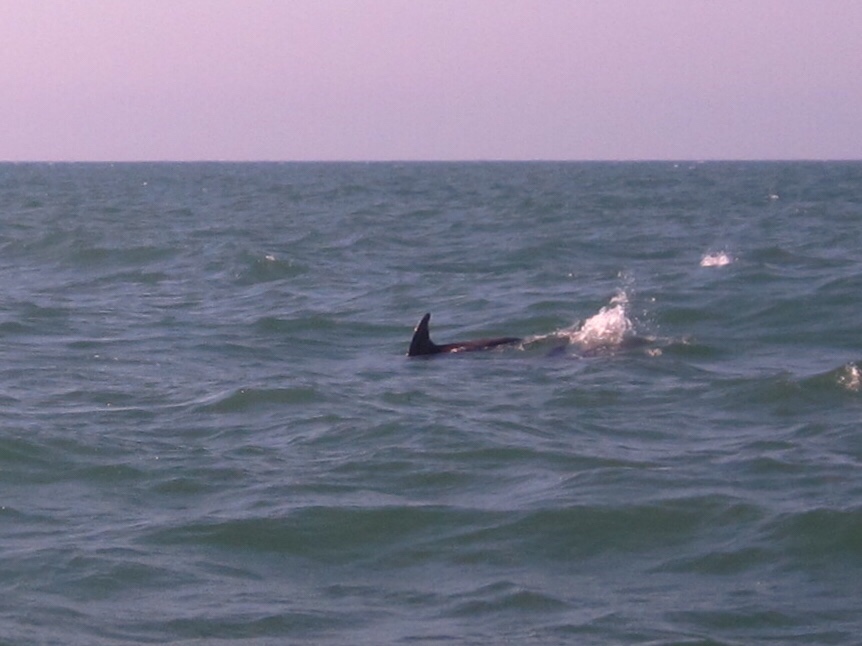 Following a racing buggy ride back to the dive centre (Graham not driving) and onward to the Hotel it’s now beer o’clock.

Another afternoon spent round the pool and as there was a surf running we went into the sea.

Our day was rounded off with another lovely meal in a local restaurant and crib in the bar.