By Holiblog Contributor in Uncategorized on March 23, 2018

We are sitting at the terminal, awaiting the arrival of the ferry to take us to Cebu.

It has been a sad morning…

Saying goodbye to all the people at SBSR, both staff and new friends. Making sure that that they don’t see anything on the dives that they do today and that they miss us greatly.

We didn’t sleep well, possibly something to do with the fact that we were too busy having a nice time last night and didn’t do any packing.

We both awoke earlier than usual and we set to with sorting everything out. A hot business! Breakfast was the normal at 7am followed by the long goodbyes. We had to be ready by 8am and at 7.57 Richard still had no clothes on! We made it, followed by more goodbyes.

The transfer, in Bambi’s taxi, bedecked in brown corduroy with scatter cushions, was a relaxing affair. We made it to ferry terminal in plenty of time.

The ferry has arrived, so that is good! 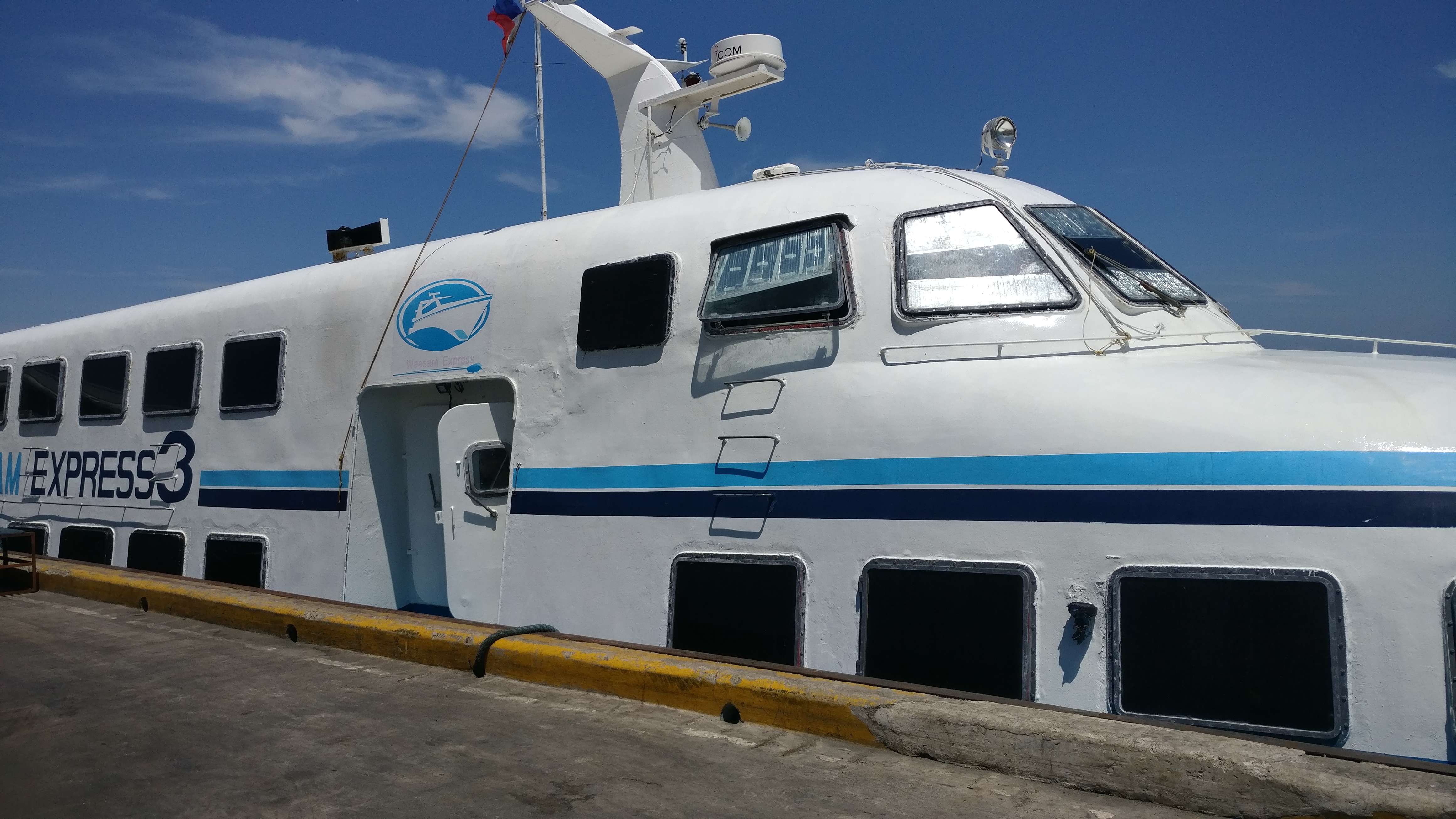 The luggage arrangements on the ferry are much improved. The bags are stacked in the third class section rather than on the back.

We are in our seats 1A and 1B, right at the front of the first class section and a spare seat next to us. Oh yes!!

We have an excellent view of Celine Dion on the telly. Although I appreciate that some may think being in third class would be better than being subjected to the theme from Titanic for the billionth time. 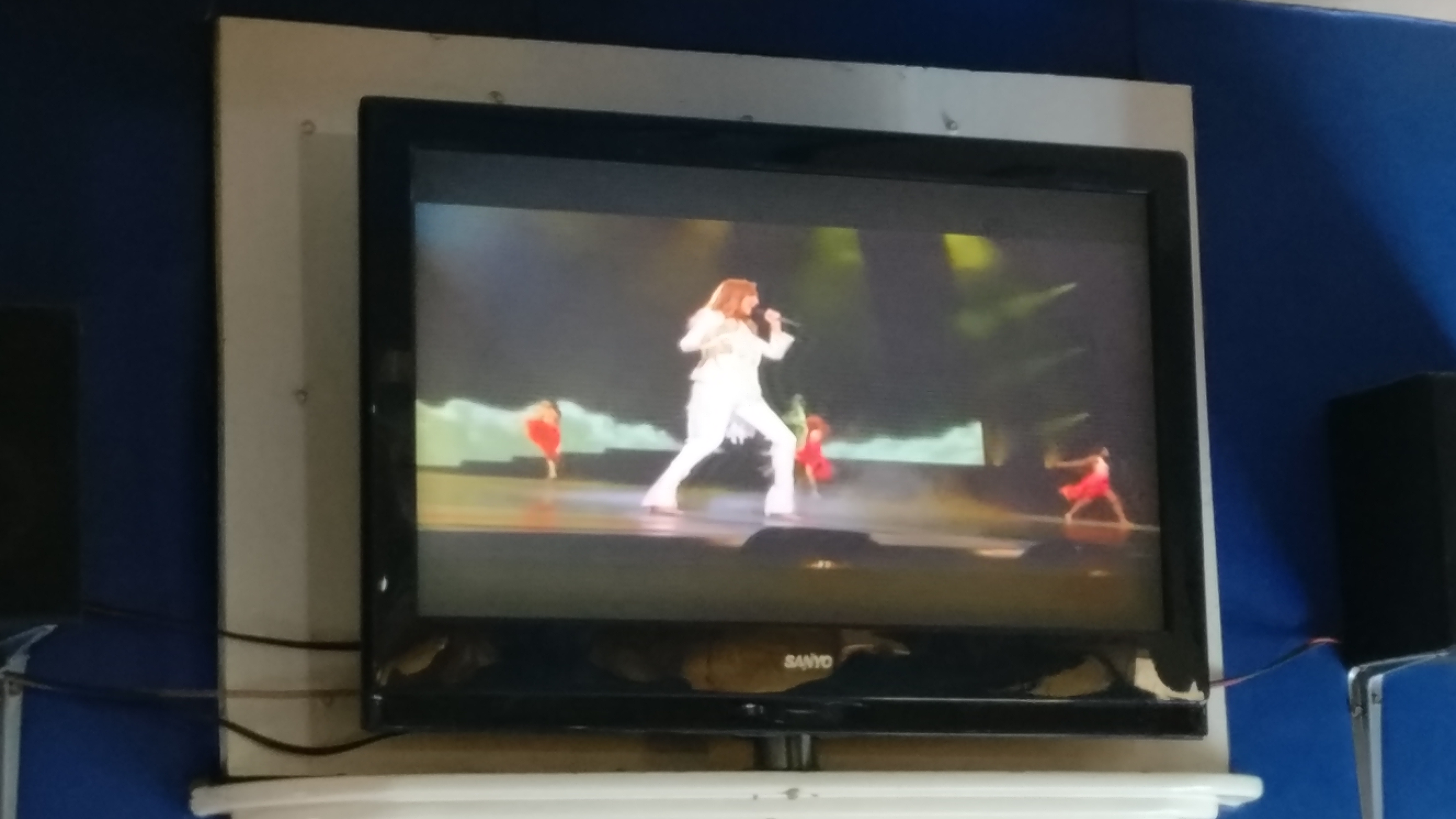 As Celine is was giving her rendition of ‘I drove all night’ I though it might be best to look out the window, greeted by this…. 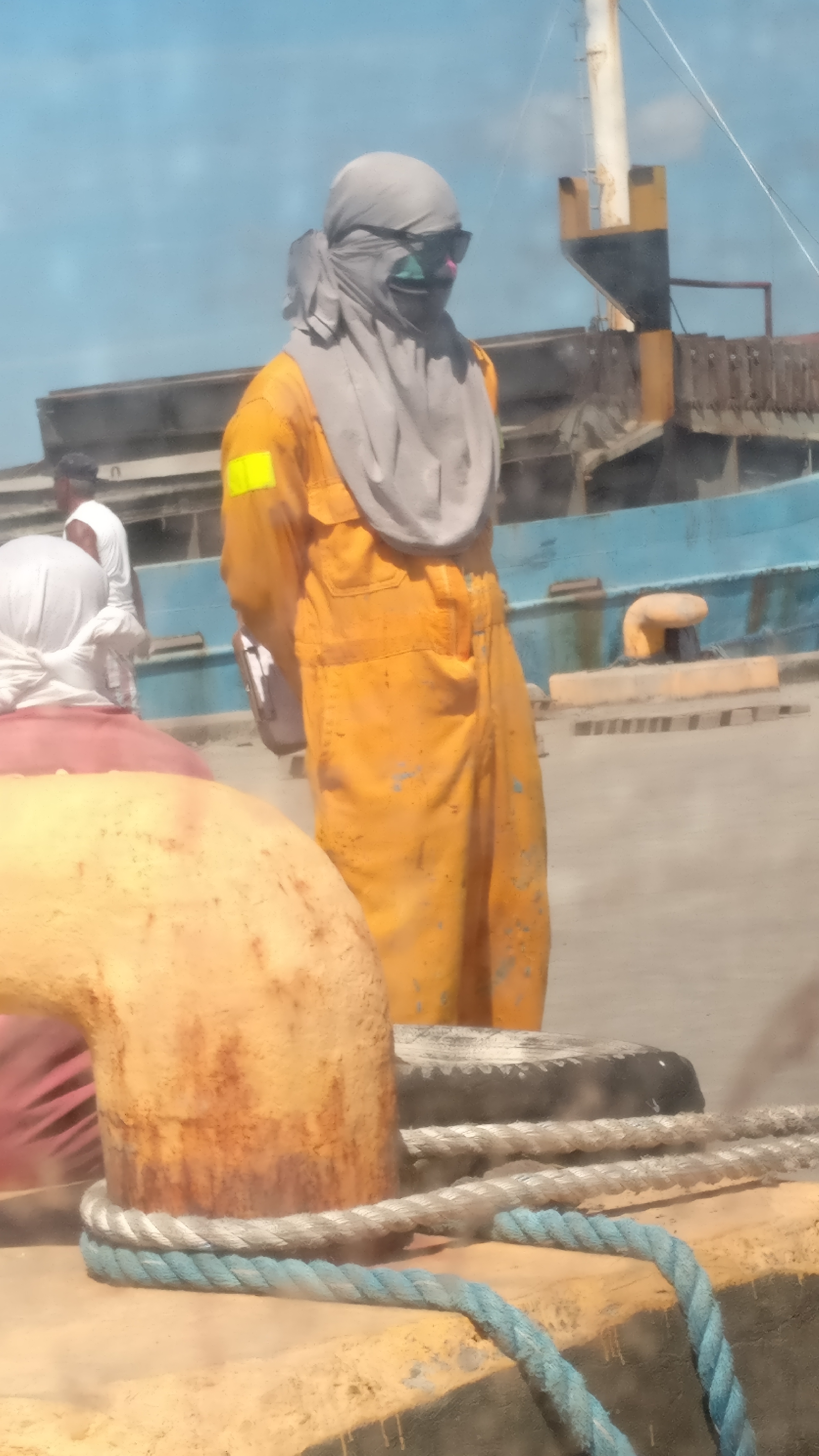 They really don’t like the sun here. They want their skin to be white. There are lots of potions and ointments to make this so. This was the body wash in the apartment. 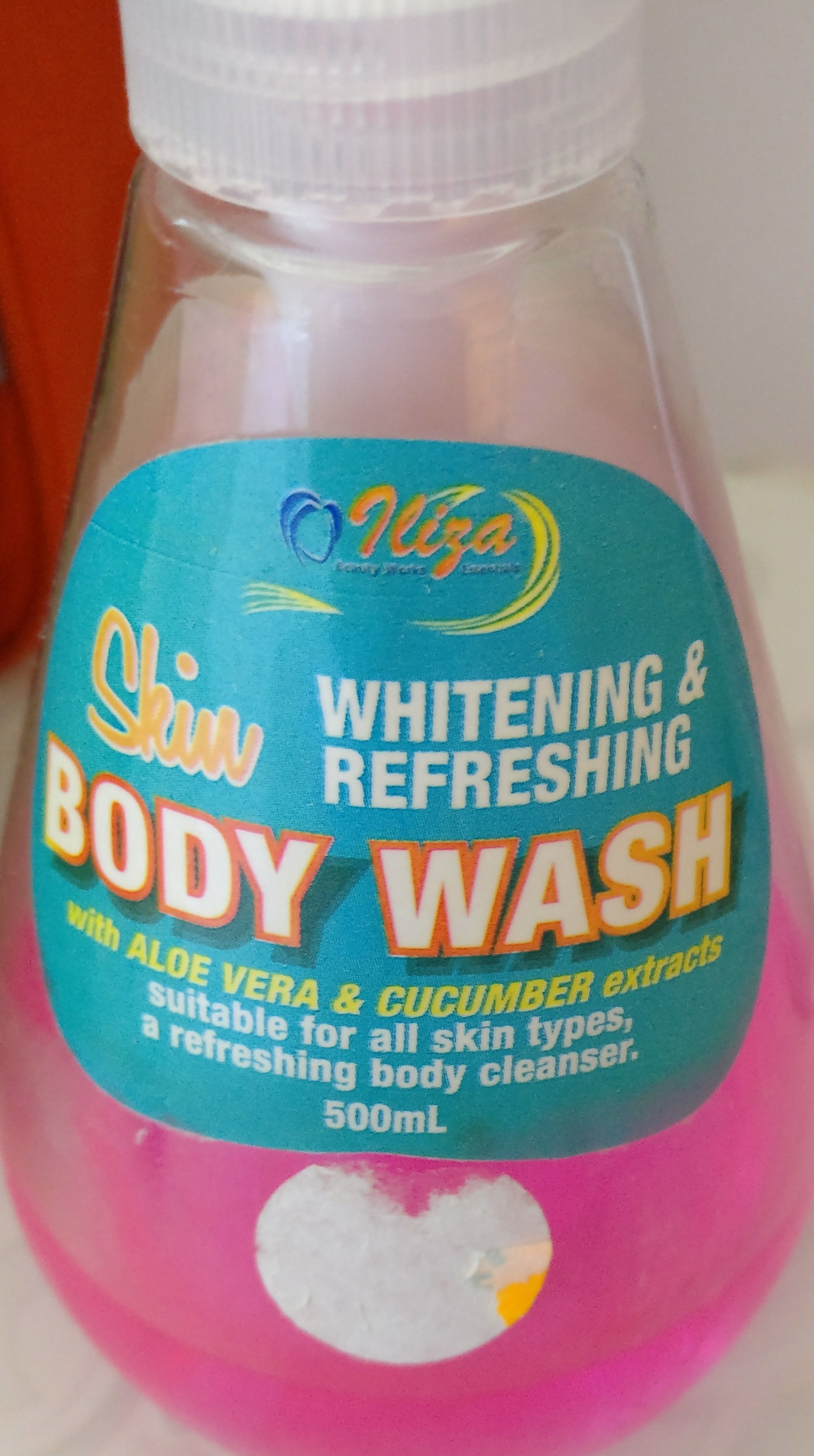 ‘Whitening and refreshing’ sounds more like toothpaste. Obviously, we didn’t use it, didn’t want to come back white.

Been going about two hours, we had about 20 minutes of the film John Wick followed by some dreadful film with Mike Tyson and Steven Seagal, The China Salesman. (3.9 out of 10 on IMDB) We have opted for our own entertainment. Me – Harry Potter for the umpteenth time 🤓, Richard – various music, probably from the seventies and possibly prog rock 😵.

Whilst looking out the window I have just seen a manta jump out of the sea! Never seen that before. It does remind me that we saw a swordfish repeatedly jump out of the sea on one of our trips to Little Lembeh (don’t think we put it in the blog).

The ferry was on time and we were collected by Nelson, who was very chatty.

We arrive at the airport early, about four hours before departure.

That is kind of where things ground to a halt.

A queue to go through initial security. We had to join the queue half way to the other wing of the terminal, outside!

Check in was easy.

Queued to pay the terminal fee.

Queued to go through second security.

At last! We are in and it only took about two hours!

In the lounge now. Richard has taken to drink. 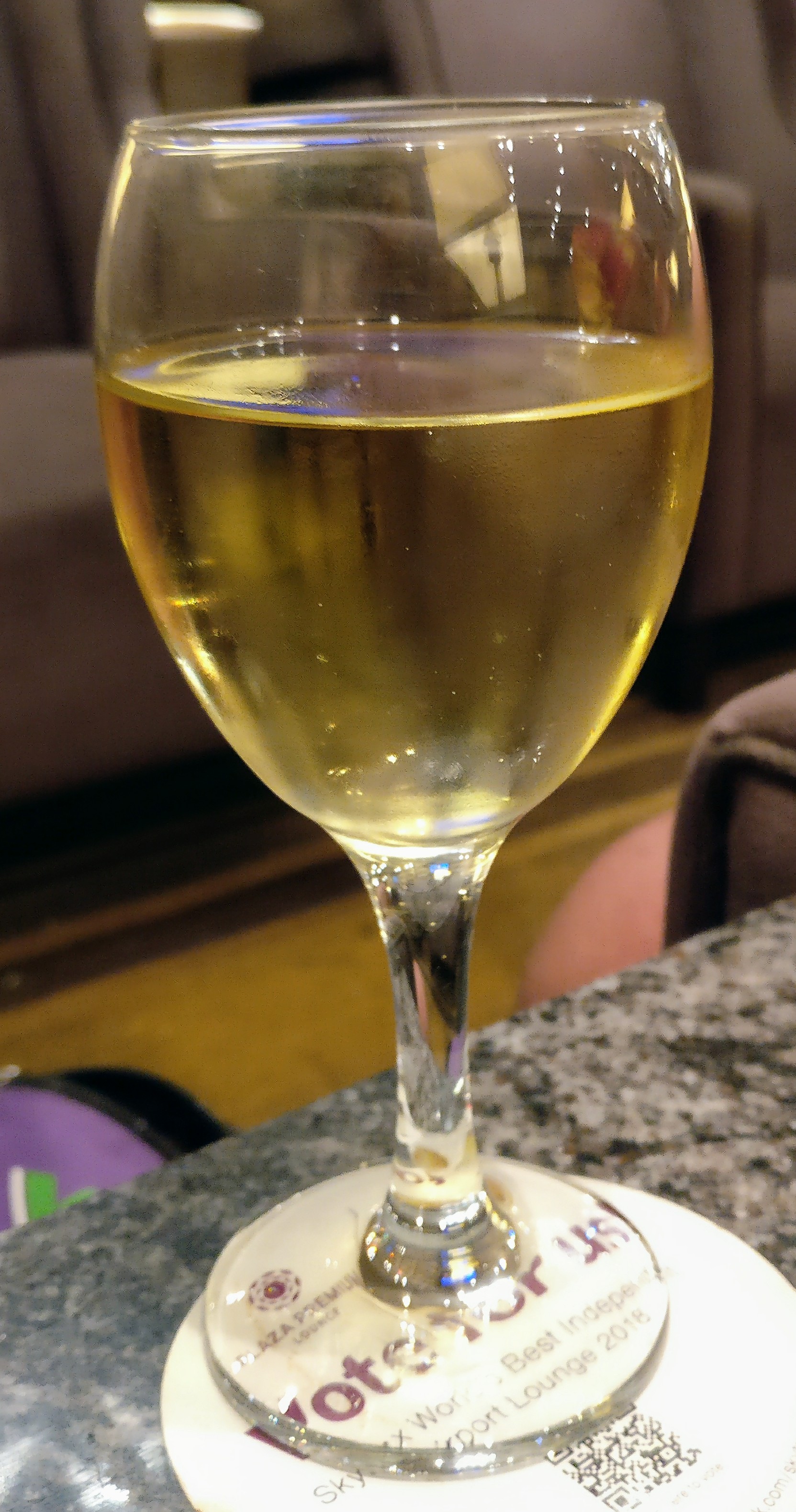 The flight to Dubai wasn’t so long as expected. I think I might have had a snooze…

At Dubai Airport now. An hour and fifty minutes between arrival and departure. No problem. At the security entrance to the gate I get waved through leaving Richard to go through with the rest of the plebs!

The flight to Gatwick was uneventful, for us. A couple of people on the floor with their legs in the air whilst sucking on 02.

Ebo was waiting for us when we arrived, as reliable as ever. The taxi ride was filled with Ebo winding Richard up, as usual.

We had a wonderful holiday, just trying to work out when we can go back. Is June too early????