By Holiblog Contributor in Uncategorized on March 21, 2018

This is it, the last day has finally arrived, sadness is in abundance 😭 We do however have three more dives here so all is not yet lost!

The plan is to do Bunga Bend and Voltaire’s Rock this morning. Both dives feature spectacular topography and are teeming with life.

Mixing things up a little I changed my breakfast order to French toast, yum!

Excitement is starting to mount as preparations are well underway for Jo’s 1200th dive. We have dive gear, a diver and a boat, totally ready for it.

Morning dives completed as planned, a lovely dive on Voltaire’s Rock with some bog frog fish action at the end, they really can swim!

After or surface interval we jump in on Bunga Bend. The first job is to find the Seal Pup nudis, epic fail!

We head off (and down) to the bend where at around 32m there is a spectacular overhang which is dripping with soft and other corals n crystal clear water.

We make our way back up again to a very sunny reef of coral outcrops where we actually do manage to find a Seal Pup nudi!

Back on shore it’s lunch time, we just heard that the afternoon dive will be at 2pm and not 3pm which is great for drying stuff and no fly time, not so good for the slightly larger than usual lunch we ordered. Maybe we shall be hearing from that again (probably for the entire duration of the last dive).

The sun is still shining and there is a helpful drying breeze as we prep for the last dive. A group of 10 had just arrived from Sweden and they are joining us on the boat this afternoon, a good time to be moving on I feel, 4 of us on that tea tray is bad enough!

Jo and I will be jumping from the boat and swimming ashore at the end of the dive whilst the new arrivals do their own thing somewhere else, result!

A briefest of lunches was taken in the shortest of time, the consequences of which were indeed felt (certainly by me) throughout the entire dive.

We get back on board ahead of the Swedish contingent (who’s gear has already been taken on to the boat). I think that Sweden must rank fairly highly on the Hollis worldwide sales chart -it’s sidemount city and sure enough, as they get on board mayhem ensures as they all need to prep all their cylinders with weights, steps, regs and guages. Fortunately for us, we are being dropped off somewhere else for our dive and in moments we are away. Were were joined by one more guest for the dive so Jo and I get in. By now we have established that when we are ready, we can go down and start the dive whilst waiting for the rest of the group, so we descend.

After a minute or so it becomes obvious that the other guest had some problem descending so I digest that we commence the dive proper, we have a plan so we dive that plan, exit is to the shore and we are in familiar territory. We descend over ‘The Bight’, make our max depth about 20m and start hunting for photo opportunities. We move slowly along the wall looking at all kinds of stuff. After about ten minutes we catch sight of Pedro and the guest, all is well. They stick to above 18m as we continue along the wall. At one point I get close to a fairly large Sweetlips which is being serviced by cleaner wrasse.

We then start to reduce our depth, the objective being to find the spot where we had previously spotted a large number of these massive fish. Sure enough, there they were, not doing much, just slowly moving around each other as we watched them. My wide angle lens was too wide to get any close pictures, Jo’s was to Macro, need something in the middle!

After this we continued or bimble around large coral outcrops, each festoon (sorry for the over use of that word but that’s how it was) with soft corals and thousands upon thousands of tiny fish and Anthias.

After 70 minutes we exit the water, all dives done, Jo’s 1200th done, all pictures taken, time to think about packing.

Pedro and Puloy grab our kit and commence desalination. We grab the small stuff and cameras and retire to our room to work on that.

After about an hour we head down to the restaurant area with the idea of having 🍹🍺 and ♣♦♥♠ but instead we end up taking with Pedro for an hour (whilst taking 🍺🍹) before moving on to Almer and Jerry’s for our final meal there.

We arrive and it’s none too busy (just us and the Russians). So we commence crib. After half an hour we are joined by Gisela and Tim (as we have been on previous occasions). They were also expecting to be joined by Pedro and Clark (Clark spends months at a time here). Then a couple of retired Australian gents with there Filipino wives turn up and finally the Swedish 10. The place is heaving! Consequently food takes a while to arrive. We finish our game, Jo scrapes a win by some considerable margin, food arrives and eating commences.

For our last meal we had the near compulsory Lumpia (small pork filled spring rolls) followed by sweet and sour chicken, spicy pork ribs, stir fried vegetables and garlic rice. Slightly more Red Horse was consumed than usual. Finally we finish eating, say our goodbyes to Almer and Jerry then head back home at which point we mostly collapse and so head to bed 😴😴😴😴😴😴😴😴

Side note: we must tell you about:

Gisella’s boots and hat (There’s something about Mary)

Our suspicions about the Swedish group (glug)

.. And in other news, just arrived today: 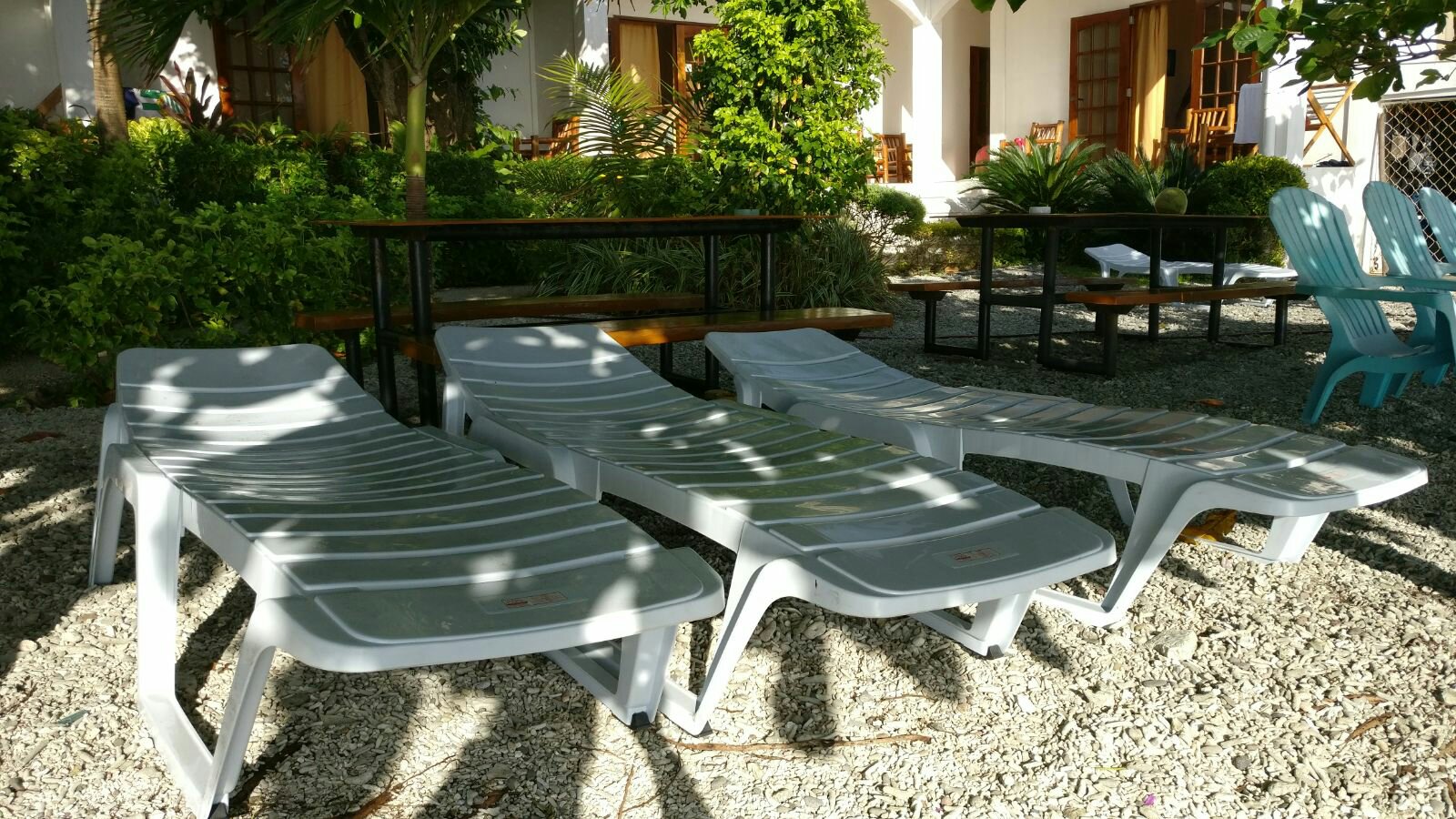