By Holiblog Contributor in Uncategorized on March 9, 2018

Slept through the night, Hurrah! The first deliberation, what to have for breakfast? I decided to try a local delicacy today, eggs on toast!🍳

Today’s diving: Napantao, North and South, this is a marine reservation site and (from memory) is full of life. A really impressive wall around a corner with a resident frog fish 🐸🐟 and loads of amazing soft corals, well that’s how I remember it anyway!

With regard to any news about last nights crib, I can confirm that the results are actually of significant consequence, two excellent games with excellent outcomes, both were very close but ultimately, one of us prevailed.

This mornings dive consisted of two dives on Napantao, one from North to South, no prizes for guessing which way we went on the second one.

There was almost no current at the start as we made our way down the reef towards the wall.

The wall was as spectacular as ever with outcrops of hydrozoa and soft corals. The place is festoon with fish (including 🐸🐟) in all sizes.

As we went around the point the current picked up a bit, at one point, all the fish swimming upwards and making little progress was a clue, then it eased off again as we rejoined the reef for the rest of the dive. We spotted a couple of small white tip reef sharks doing their best to hide under some table corals. At the end of the dive we were surrounded by thousands of anthius and other species as well as a few jellyfish.

The second dive was similar but in reverse. Scorpion fish must be extremely rare here as there is much excitement when they are spotted.

There were turtles at the end of the dive.

After a light lunch it was back on board for dive three. The site (Tamos?) Is mostly known for the pygmy seahorses, it did not disappoint, also seen: ornate ghost pipe fish and various nudis.

Side note: the new dive boat is massive, it easily copes with the number of divers here with space for more. It has a newly fitted Mitsubishi engine and great ladders for exit. Because it is so big there is quite some delay between leaving it and hitting the water, and when you do eventually hit it, returning to the surface also seems to take a moment or two.

Back on land now, logging and blogging before dining and cribbing. Some of us maybe hoping to improve on their recent performance.

… And despite their efforts, the winning streak prevailed! Food arrived during the second game which halted proceedings, then a couple from Belgium that we had been chatting to turned up and joined us so it was quite some time before play resumed and when it did Jo fought back spectacularly to win the second game by a considerable margin! 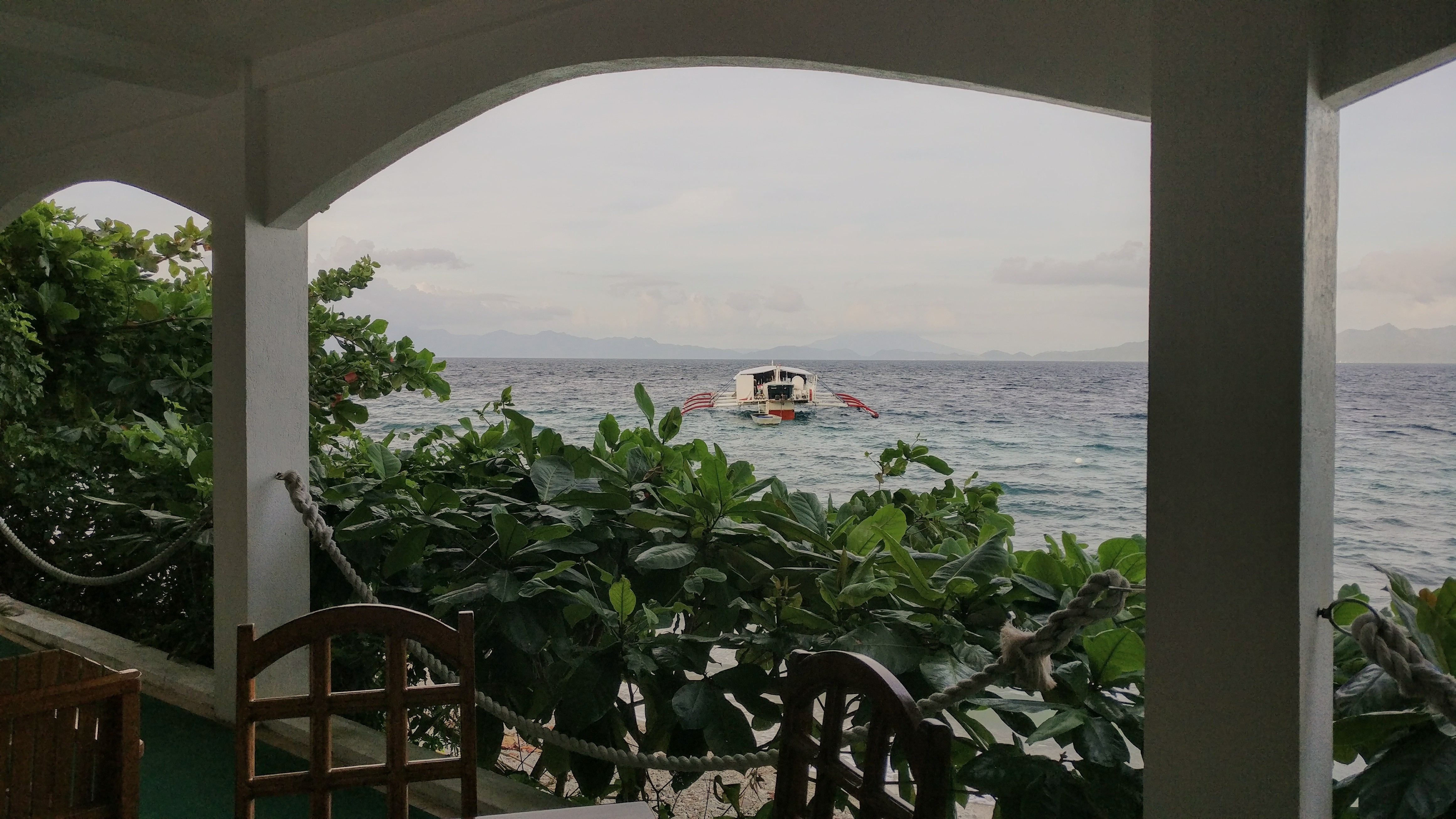 In other news, upon our return to the room we discovered a cockroach. The cockroach put up a brave fight but is sadly no more.