By Holiblog Contributor in Uncategorized on March 9, 2018

Sleep wasn’t as solid as we would have liked. Richard swears blind that he has been awake since 1am. I can assure you that he hasn’t! I, however, was awake for a couple of hours in the night and they seem very long hours when you can’t be sure that you are going to fall asleep again.

Alarm went off at 6.15 and that was very shortly followed by a cup of coffee being brought up. The sun is up and the sky is blue…

Then on to breakfast and a quick chat with Pedro about today’s diving. Starting with Richard’s favourite dive site in all the world… SANTA PAZ!!!

Oh, saw this and thought of… 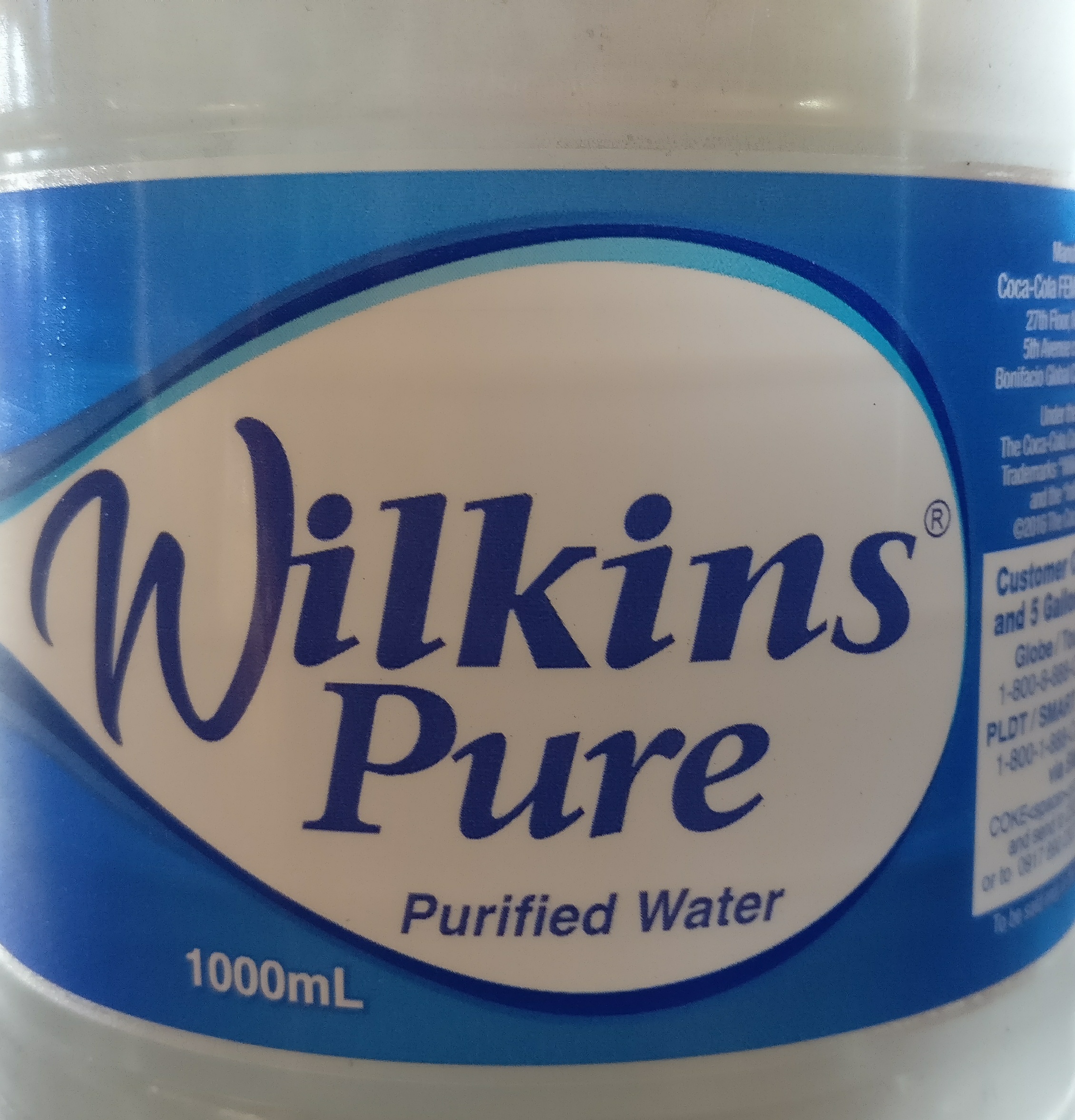 … Answers on a postcard.

Sogod Bay Dive Resort has a new boat. The previous two (Kermit and Baby Kermit) were smashed to pieces during a huge storm over the new year, when a boat from a little further up the coast broke free from it’s mooring (poor maintenance I believe).

Anyway, the new boat, is huge and incredibly sturdy. Ten of us on the boat today, with oodles for space spare. Nice and easy to get out of too, using a low rise stair case. In fact, easier to get out of the water than it is to climb the stairs at Ron’s House. 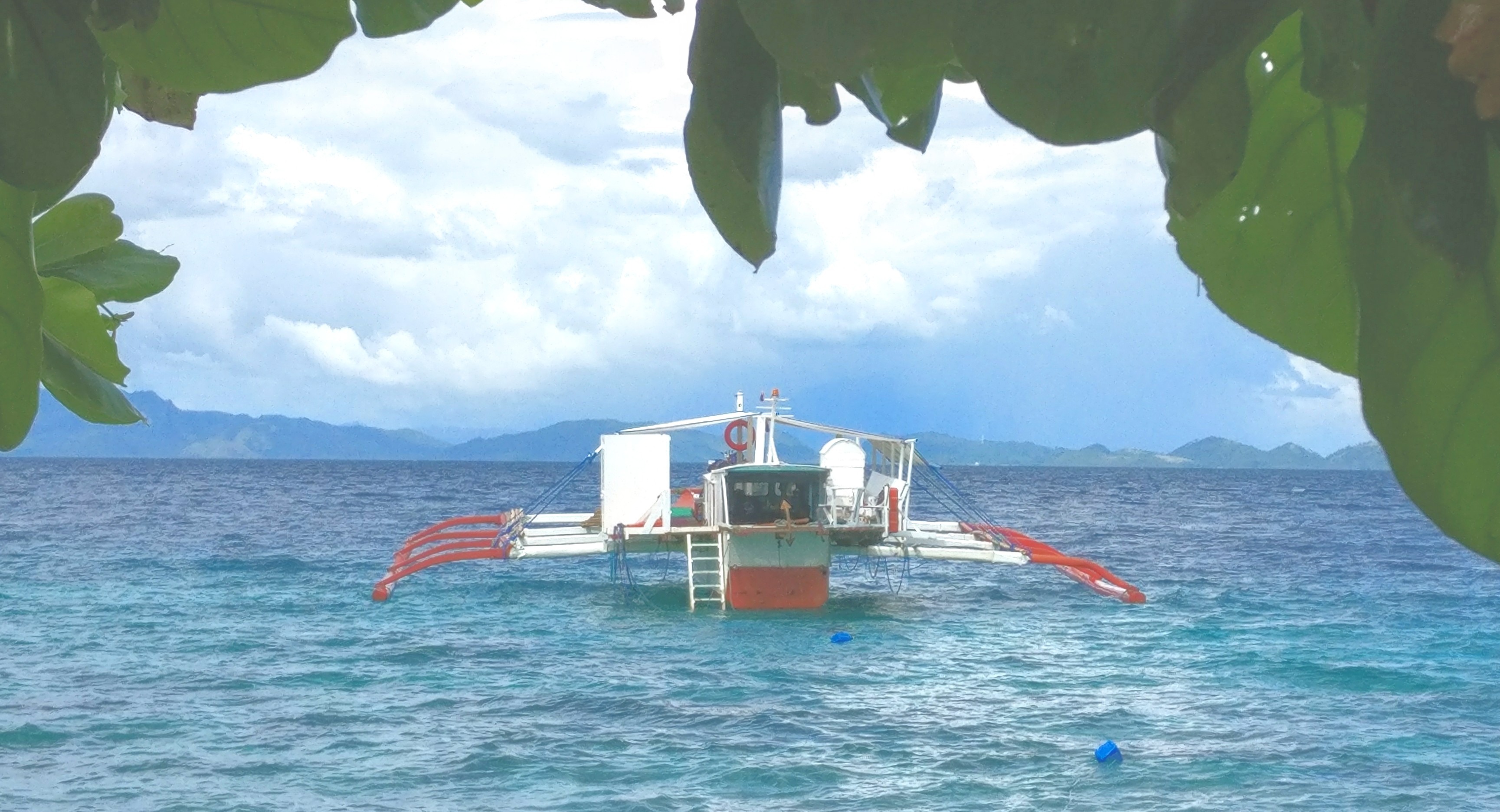 So to the dives…

In the morning, Santa Paz/Ghost Town followed by Olly’s Wall.

Santa Paz is Richard’s favourite dive site in all the world. We did it in a more gentle style than usual. Just popped in and with the current followed the wall round to Ghost Town, finishing the dive off as a muck dive on the sand in the shallows.

Olly’s Wall was a steep slope. Prefer this to wall diving as other divers bubbles don’t mess up the water quality whilst trying to take pictures.

We saw a couple of turtles, slugs, a ray.

Most interesting was the baby whaleshark that swam past as we were getting ready to go in. Unfortunately, it had scarpered by the time we made in in the water.

Lunch – on the terrace

We are trying to get our food ordering under control. 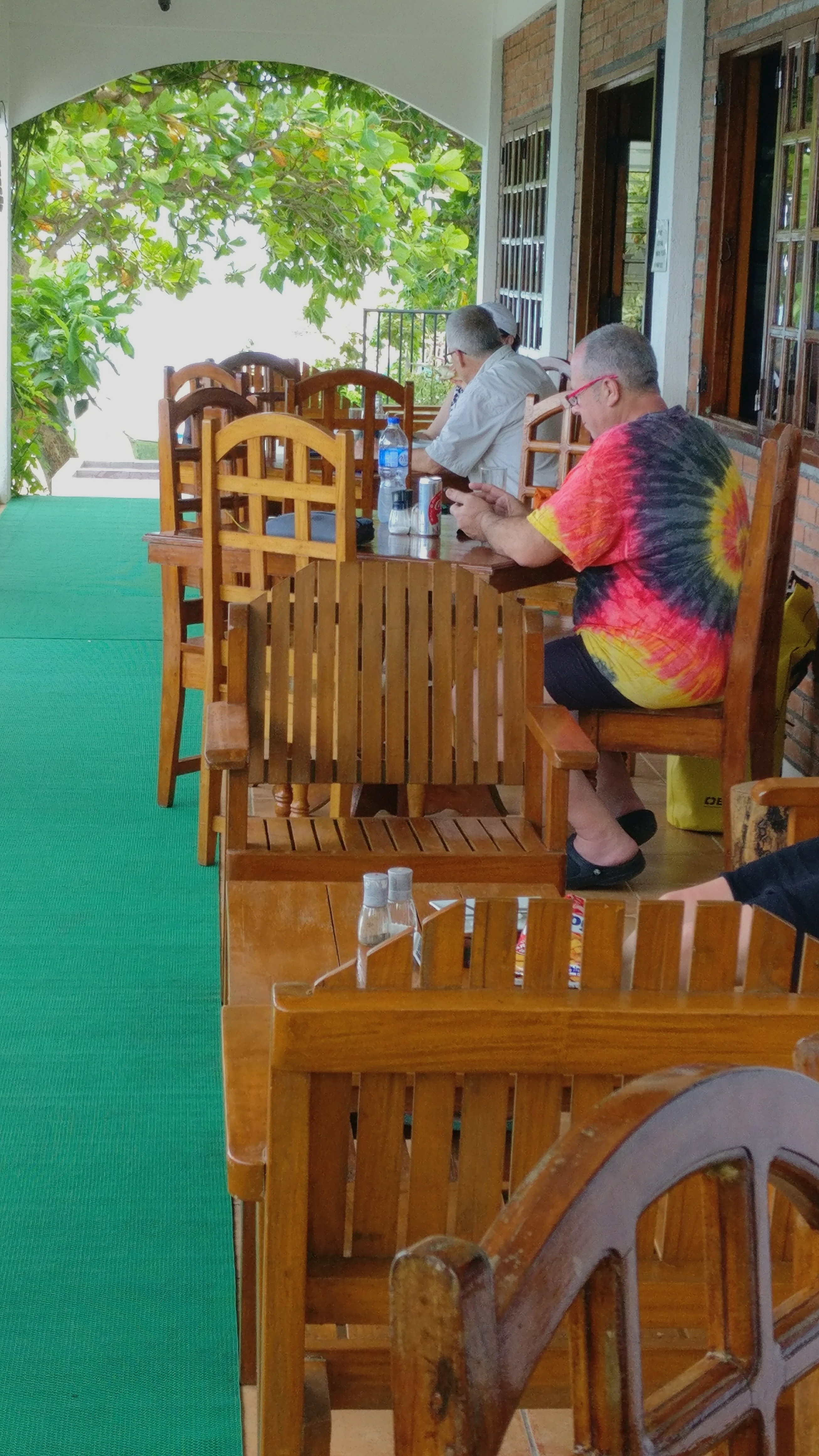 Coral outcrops on a sandy slope.

Got lost at one point.

Dinner was a trip out to Alma and Jerry’s. Lumpia for starter (spring rolls). Sweet and sour pork, vegetables and shrimps in coconut milk with garlic rice.

A couple of games of crib were played but the results are of no consequence, although Richard might disagree.. 🤔