For today’s breakfast I switched to pancakes though I was disappointed to find out that in reality it was only one pancake. 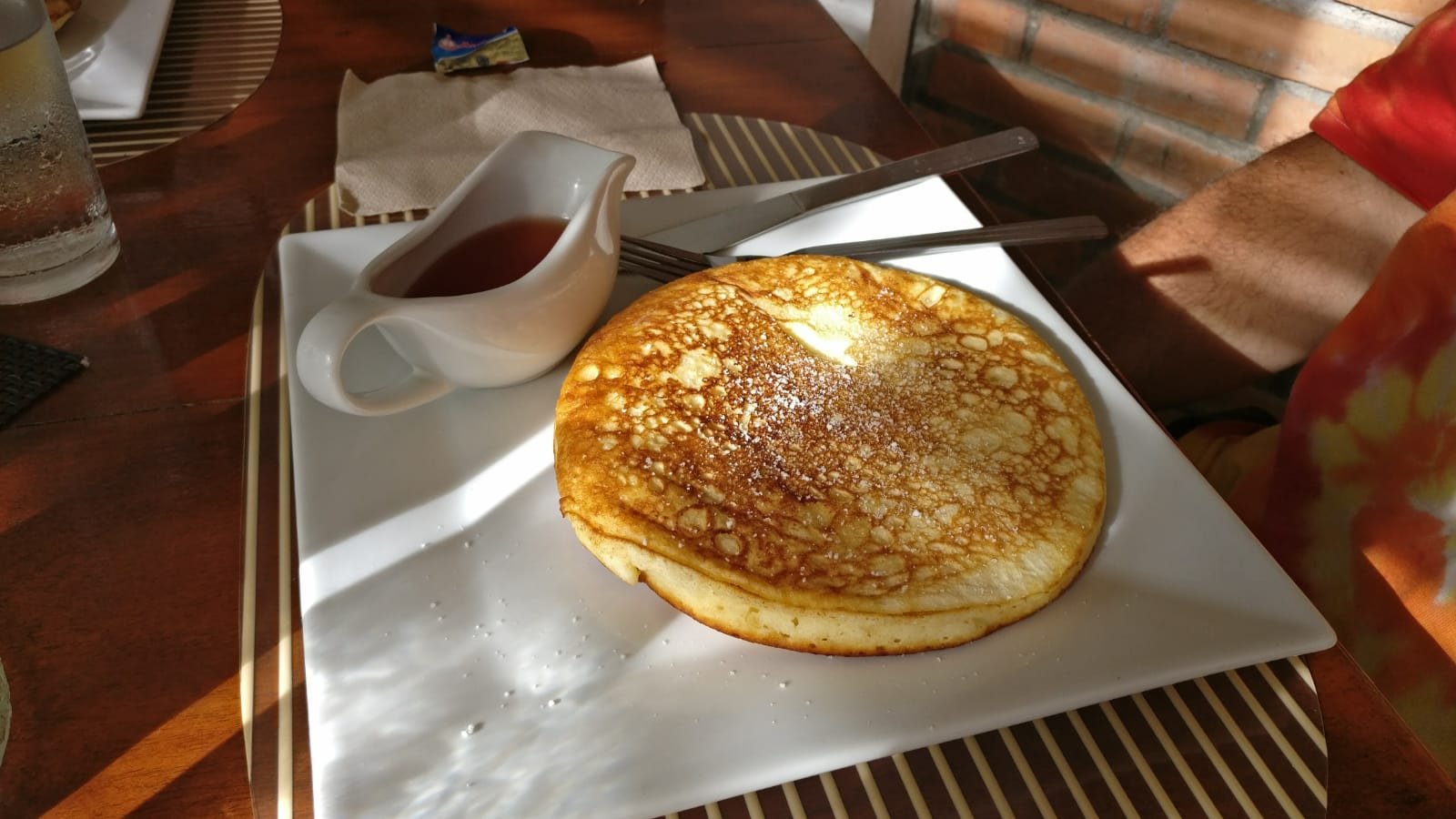 As it turned out, much more than sufficient!

Today we are joined on the boat by Barry and Judy as well as a couple of other new guests, 6 on the boat (which can easily take 20 divers) so there should be plenty of space.

We are headed off to Limisawa Island to dive Zac’s Cove and Adrian’s Cove.

The first dive was in zero current and provided spectacular views of the wall right down to 30m. As we our way back up we saw frog fish, nudi’s and related flora and fauna.

Back on the boat we took time out to familiarise ourselves with the vessels workings.

Unlike in the UK, the boats over here have both indicators and windscreen wipers which are all controlled in a familiar fashion. 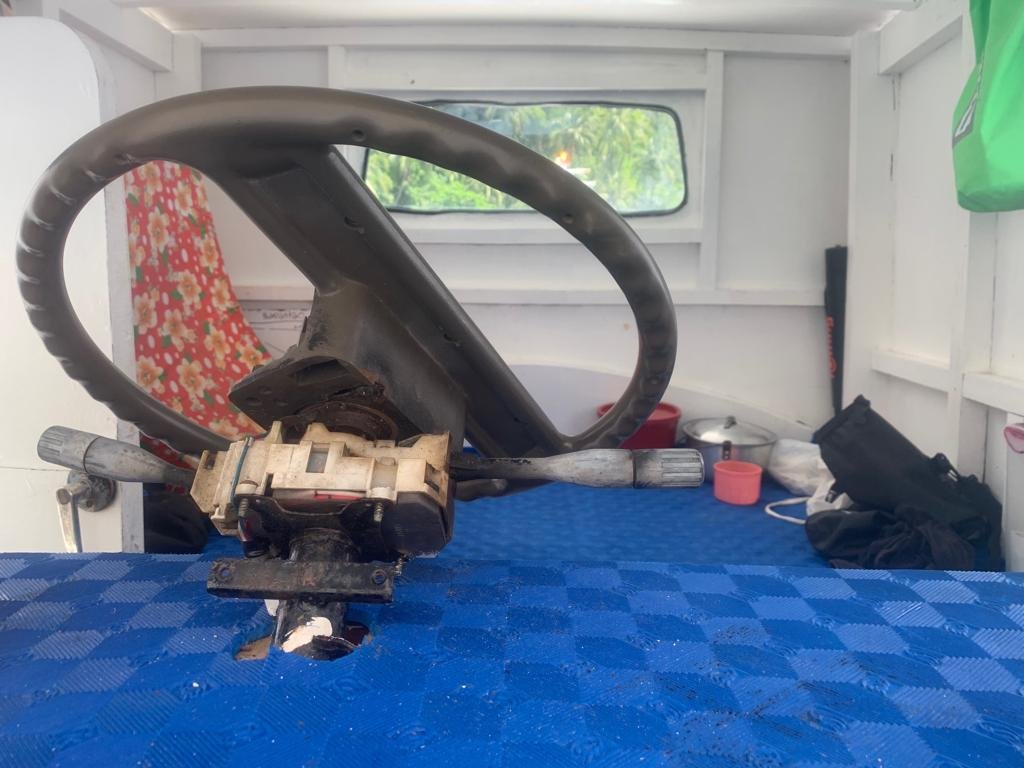 The round bit in the middle provides rudder control (rear wheel steering, like in a dumper truck). 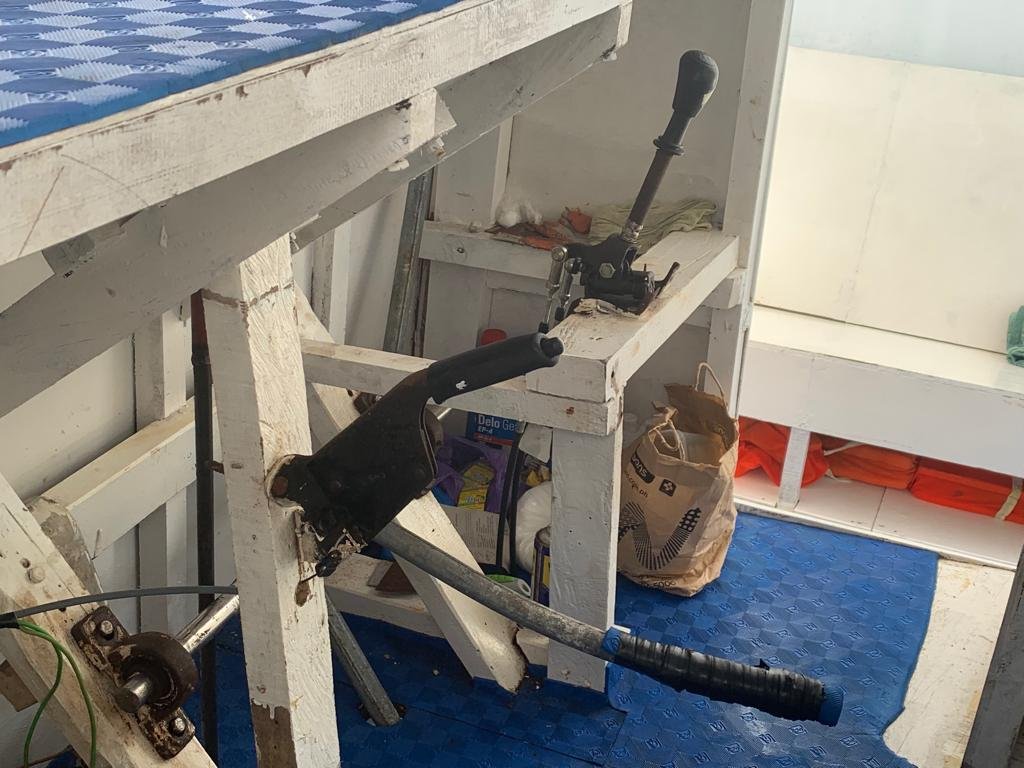 The large got lever is in fact a clutch and careful use of this and the small black lever (looking like a gear stick) does indeed offer a variety of different gearing options to suit the gradient and desired planing speed.

During the second dive (Adrian’s Cove). Jo decided (according to her computer) to deviate from the plan and dived to 42.8m and racked up 88 minutes of deco time though owing to the lack of available breathing gas, we elected to stick with the 3 minute stop at 5m.

Back on dry land, battery pulled out and put back in, no difference. Time to rejoice in the fact that we always dive with two computers and bring the spare in to primary position whilst the dodgy one is cleaned and dried, just in case there is anything that can be salvaged.

Lunch was BLT with the recently delivered Hellman’s along with Pork Adobo.

The PM dive was a wall/slope called Santa Sofia which was in zero current, always nice.

Back on dry land once more for loggin’ and bloggin’ with maybe a beverage or two!

Trounced at crib once more then I kind of won a round, kind of. 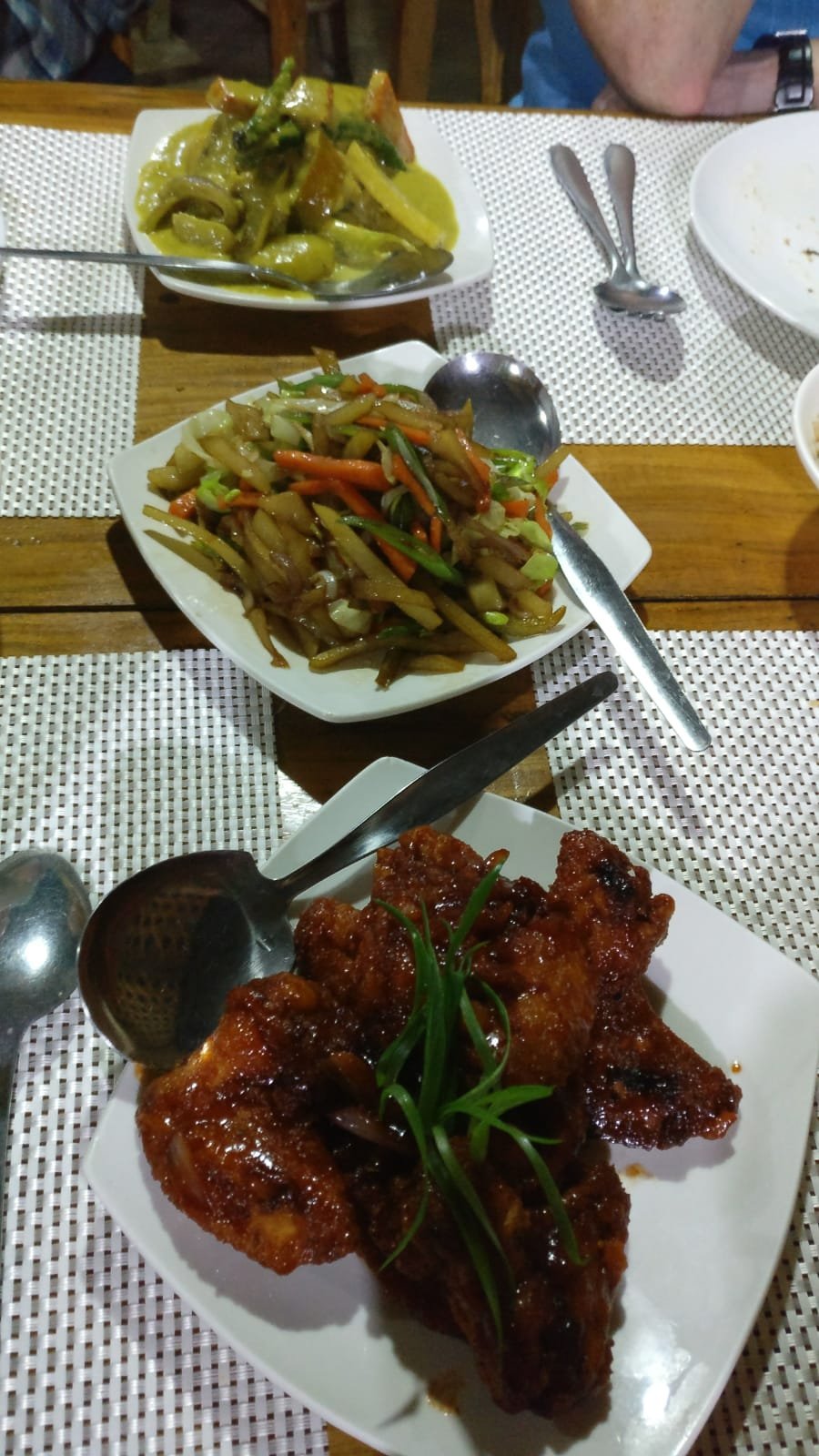 It was all yum, washed down by the ubiquitous Red Horse and Sprite.