Looks like it could be a beautiful day. Here is the view from our bed… 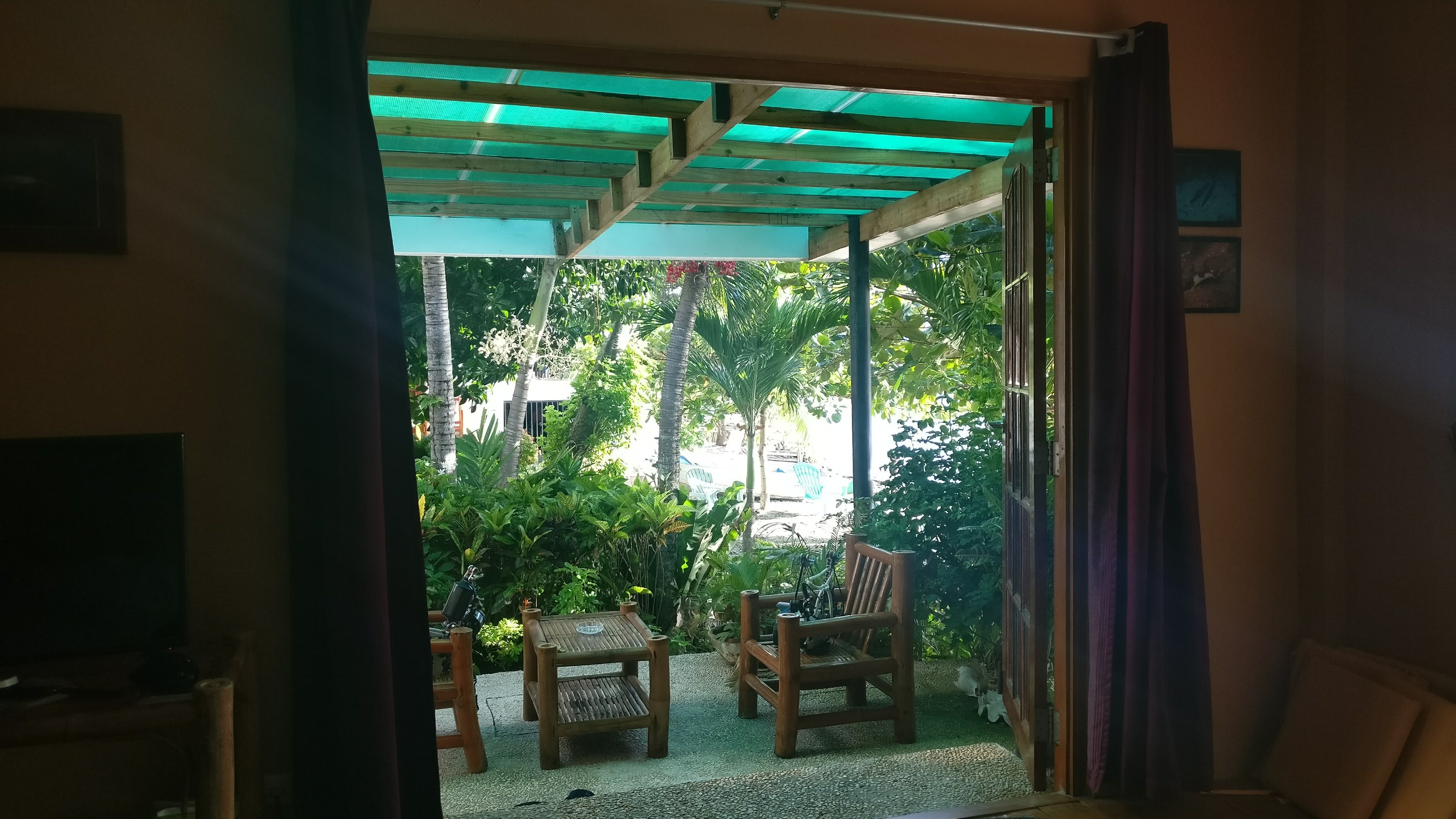 However, the weather can change here in the blink of an eye…

Would say that it is only me that is in bed. Richard was up at his normal 4.30, had done over an hour of work and sorted the cameras before I was awake. Think he might be a keeper…?

In my defence, I had to stay up to watch Harry Potter and the Deathly Hallows, parts one and two! It had to be done!

We are off to the MPA on the other side of the bay to dive Napantao North and Napantao South. Expectations are high!

The French SPOT mission leave today do the resort will feel very quiet. Just as we like it.

Breakfast was fried eggs on toast for all. 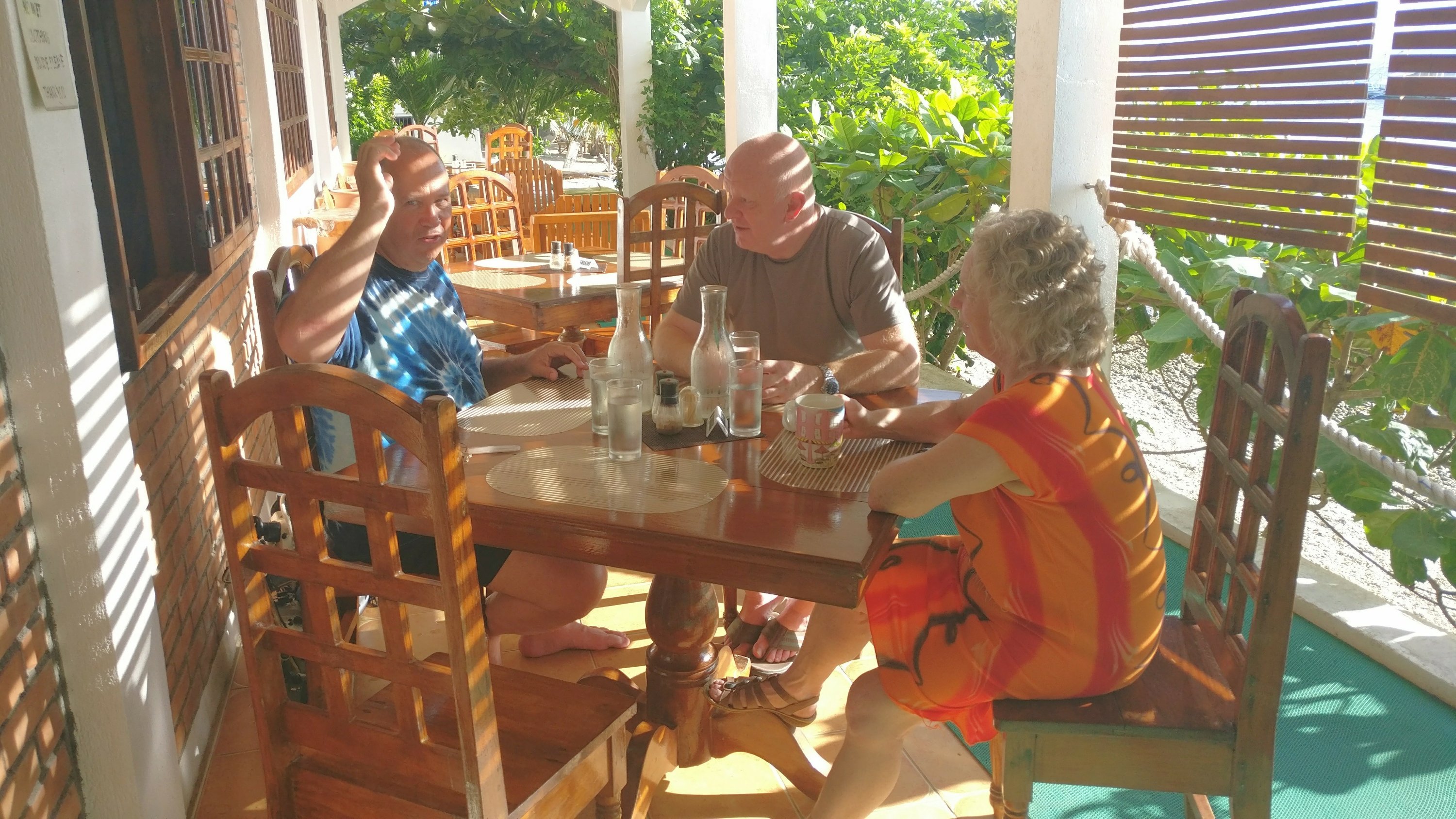 Judy has found a special mug for her morning tea (this is for you Tony Exall). 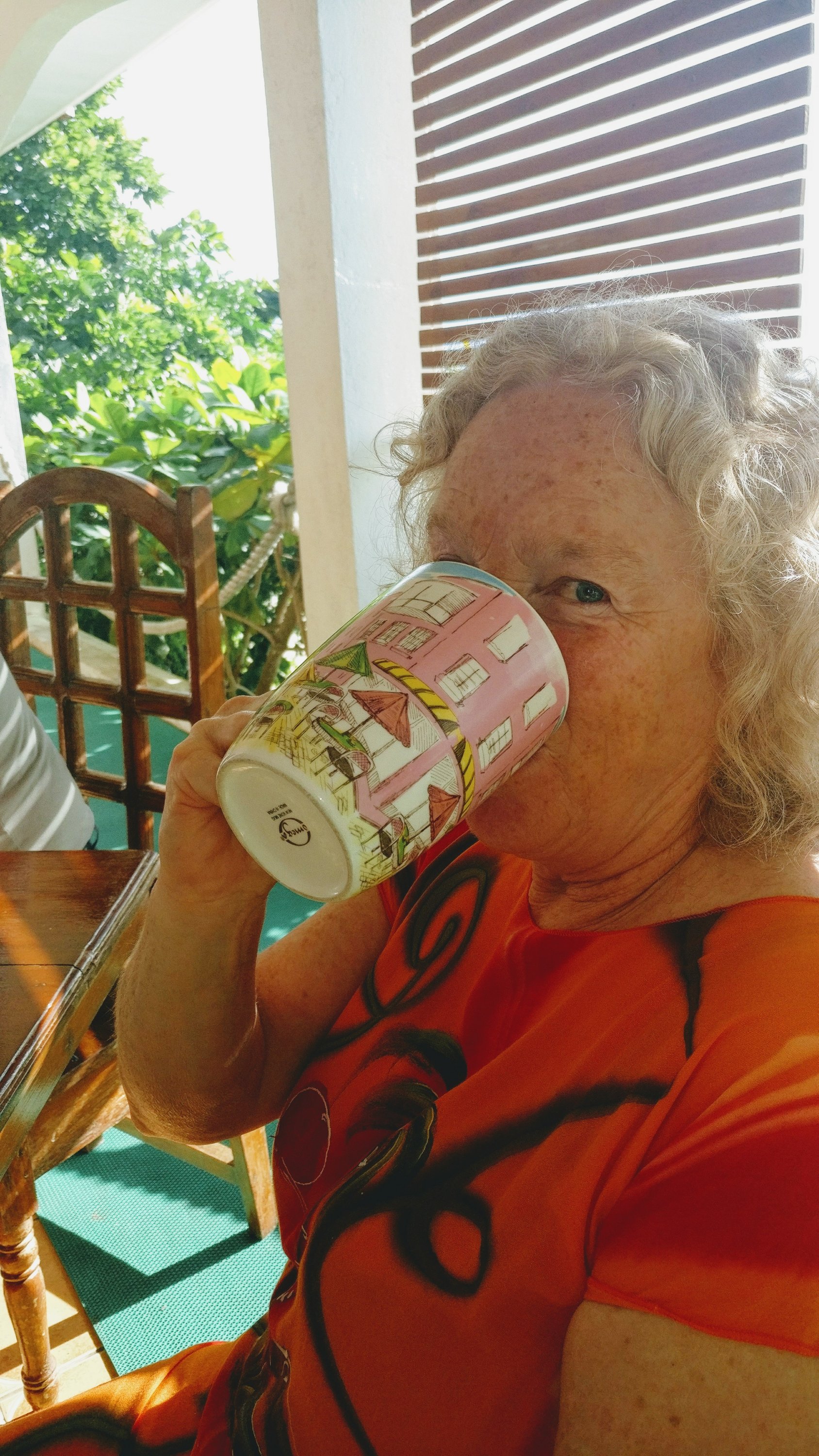 … And in the meantime, the crew are getting the kit ready. 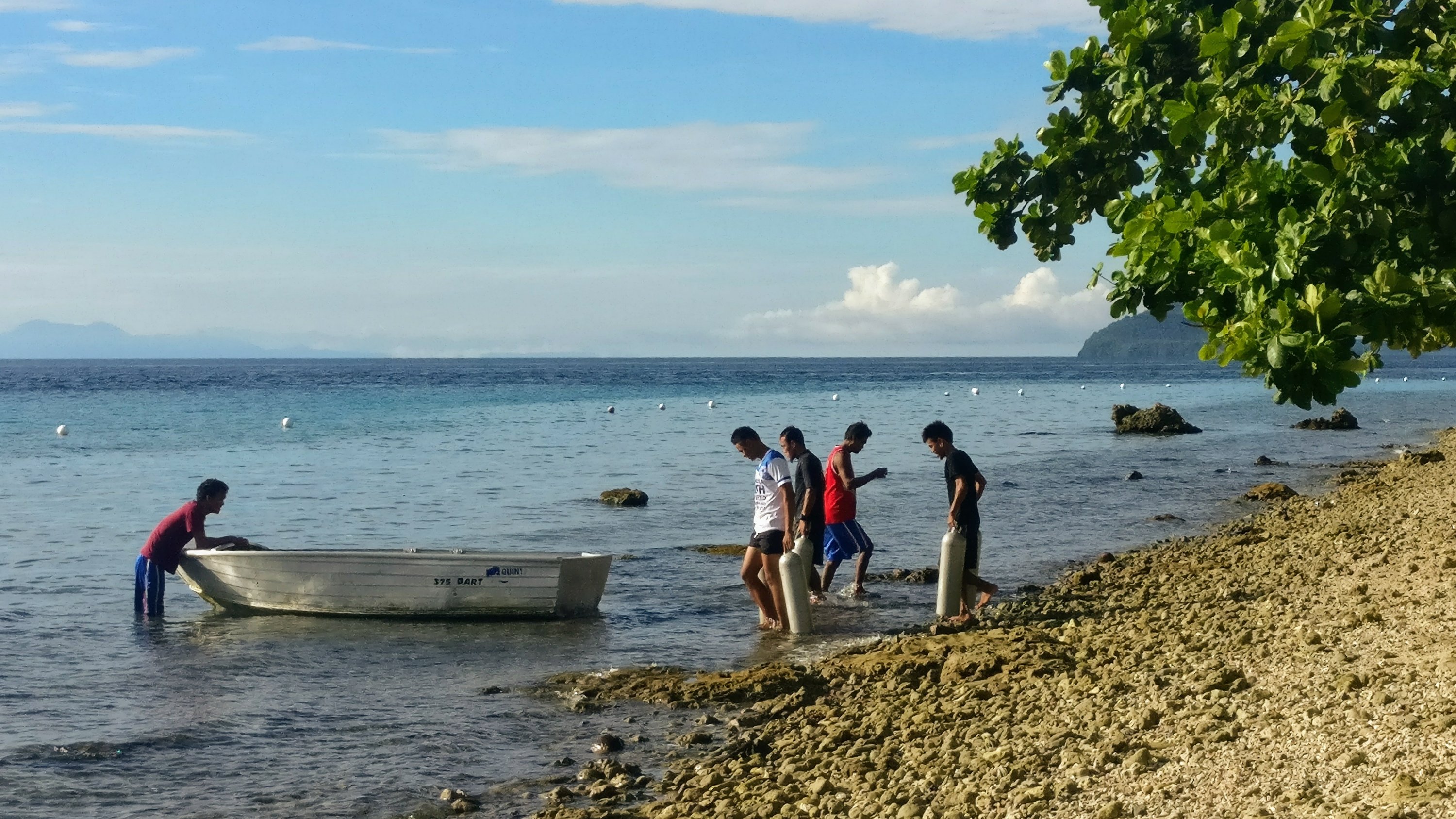 This morning, the sea is oily calm, almost no wind, so it’s hot, hot, hot. 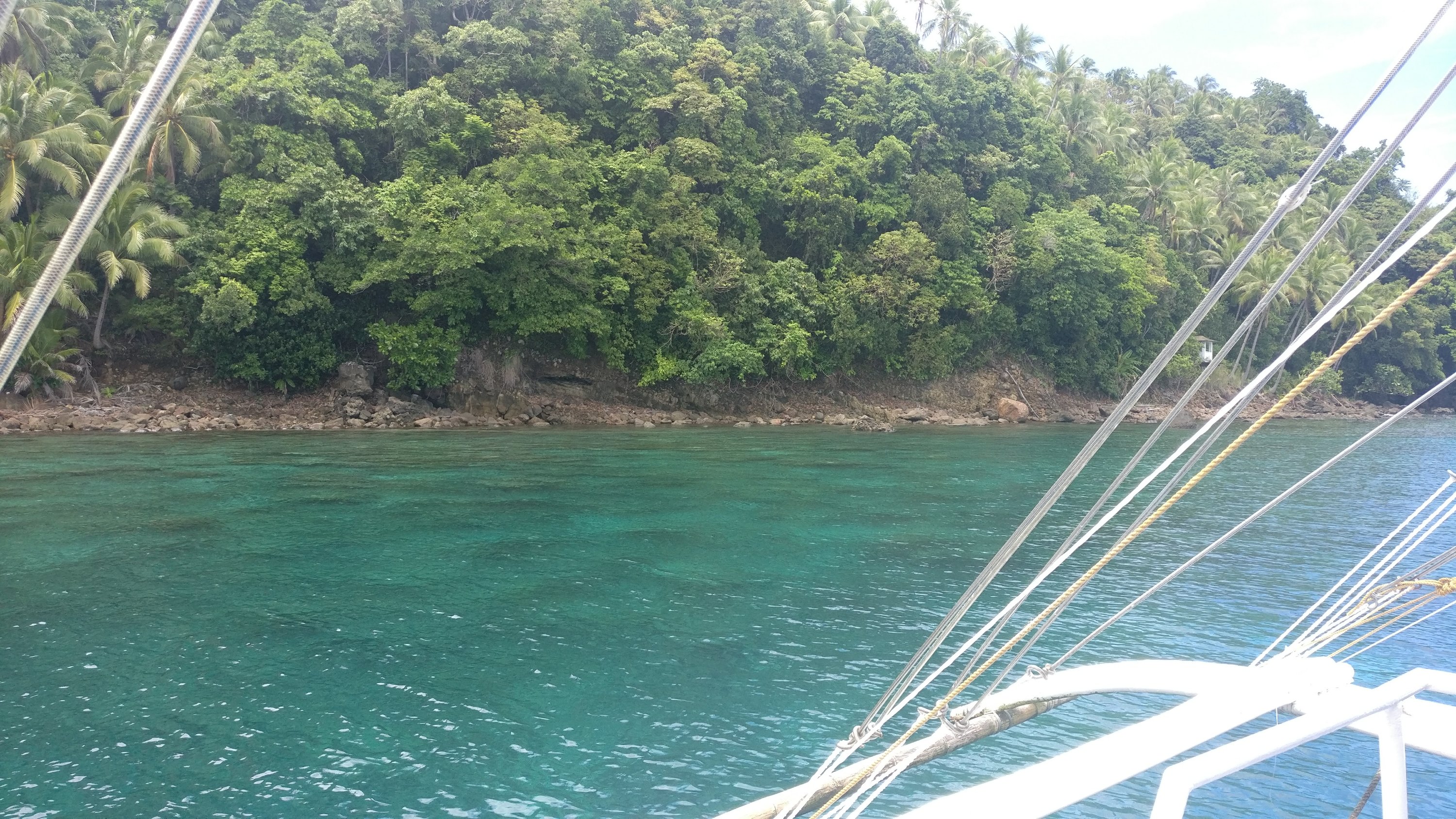 Localized current fish, but only for Dave and myself, didn’t seem to effect anyone else.

We all heard the Ghost of Napantao! At different times we each heard someone breathing behind us but when we looked there was no one there.

Between dives, we enjoyed coffee, biscuits and pineapple.Happy divers… 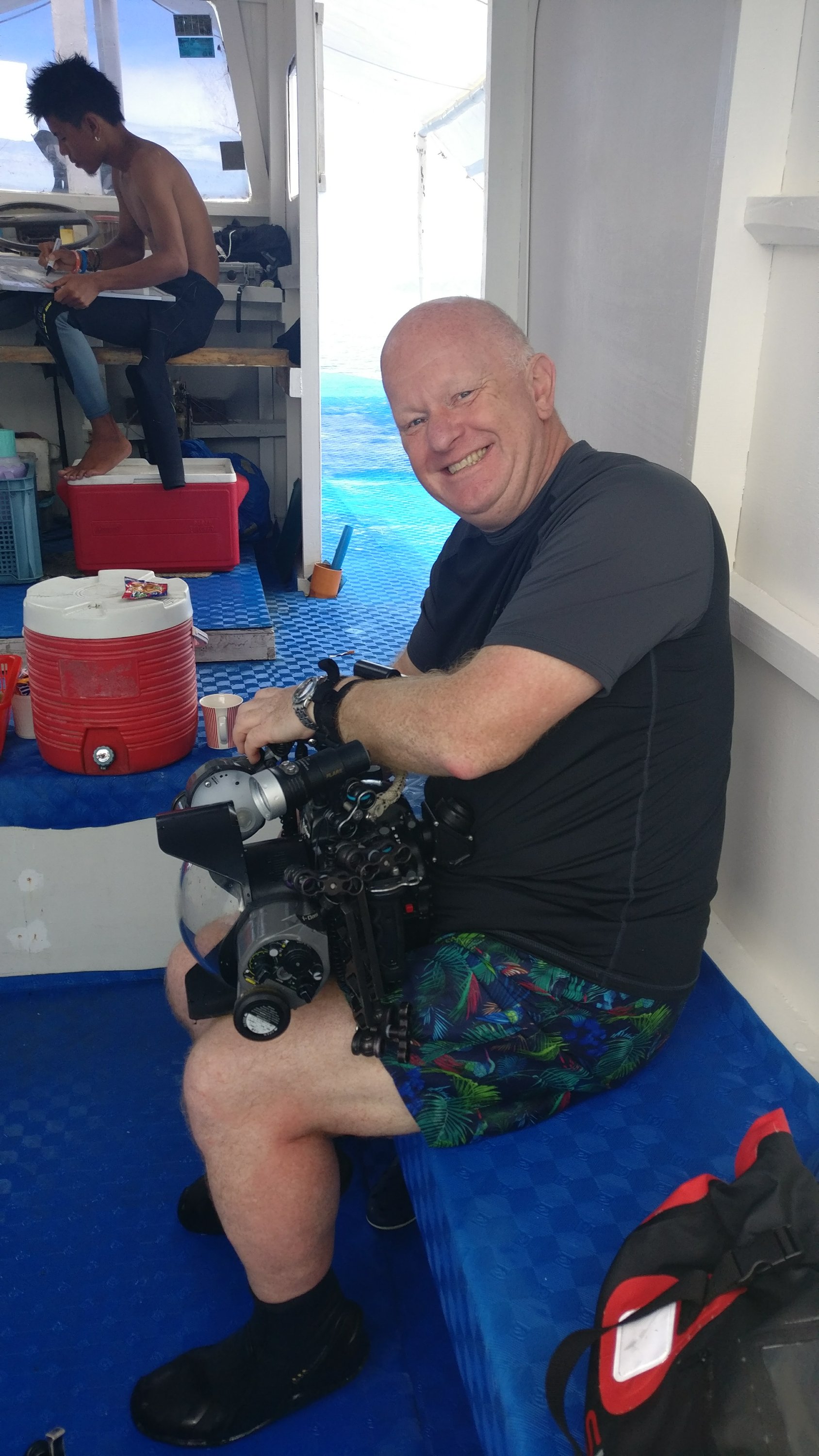 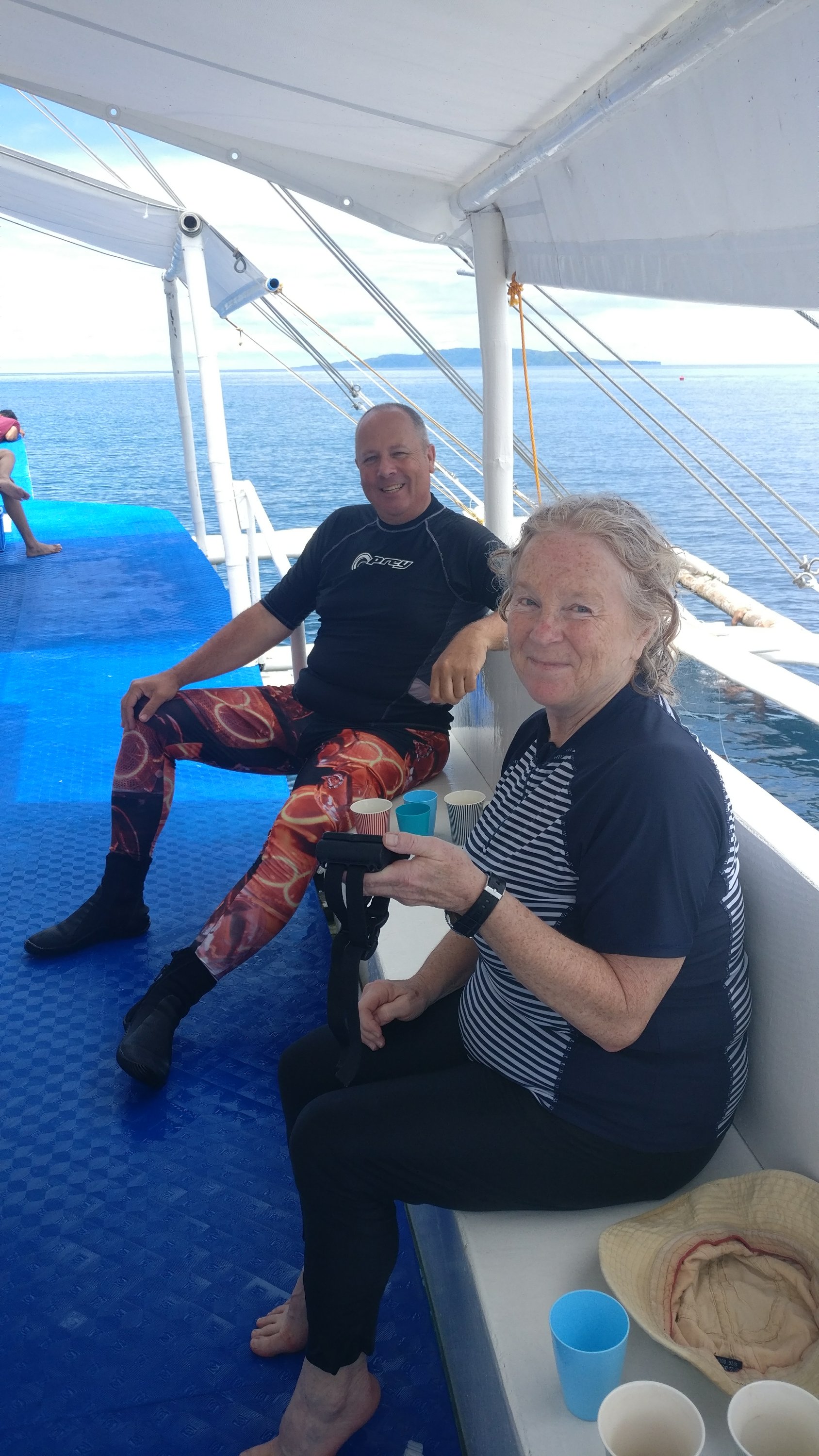 Trip back and the sea is still oily calm. 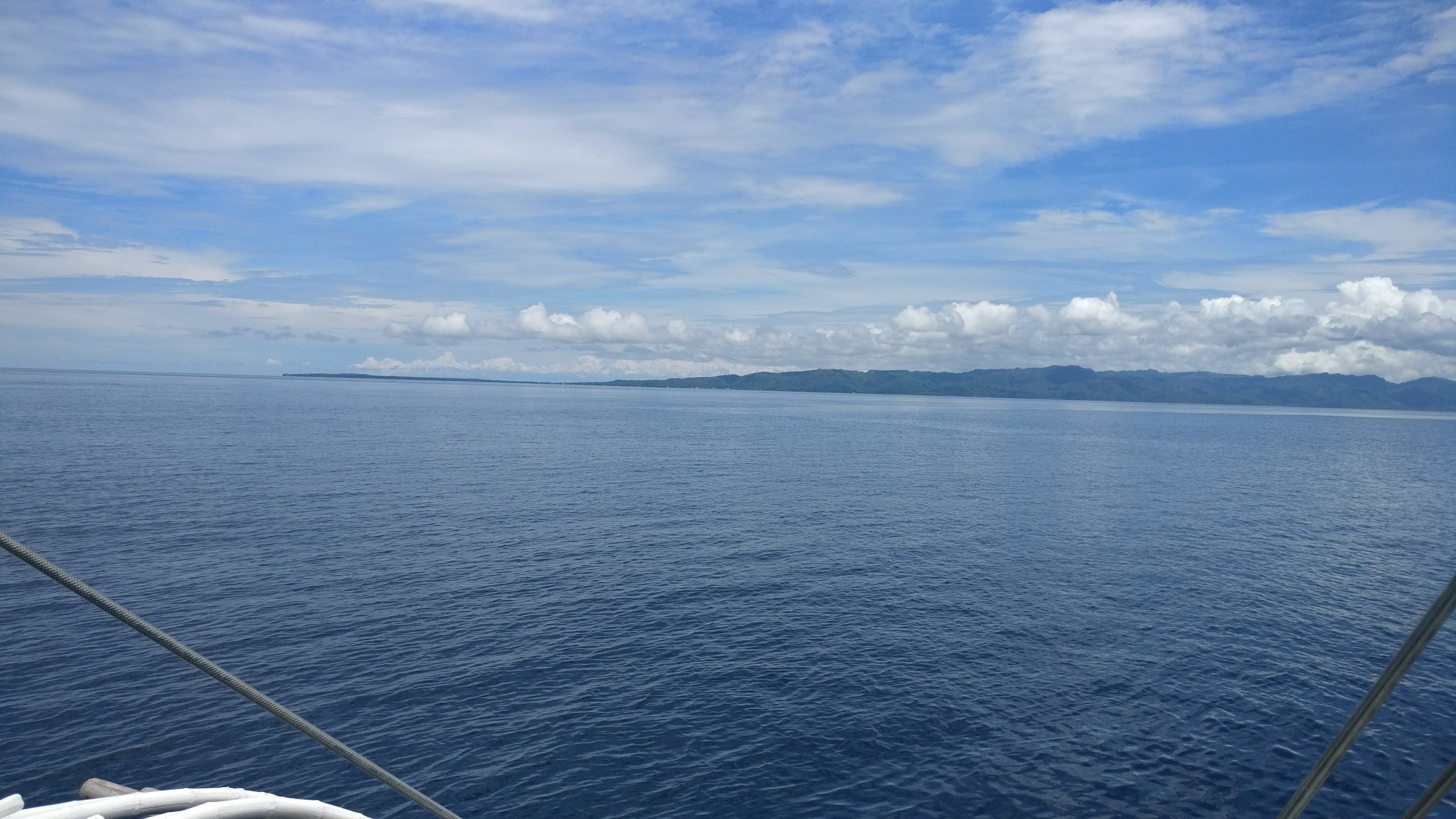 Thinking that we might want to change this afternoon’s dive. Also, a night dive is on the cards. 😀😀😀😀

After a Tuna fish and Hellman’s sandwich with chips, it s on to the third dive of the day.

Current fish when we got in. We swam against the current to the wall where there was very little current. On the wall we had a big thermocline, which made the water shimmer, still 28 degrees but the temperature change made it feel chilly. After about 30 minutes we came up over the wall to find the current again. We went with it for about 15 minutes then it stopped. Another 15 minutes bimbling around at about 6 metres. The boat came to collect us.

A break before the night dive. We had some entertainment… 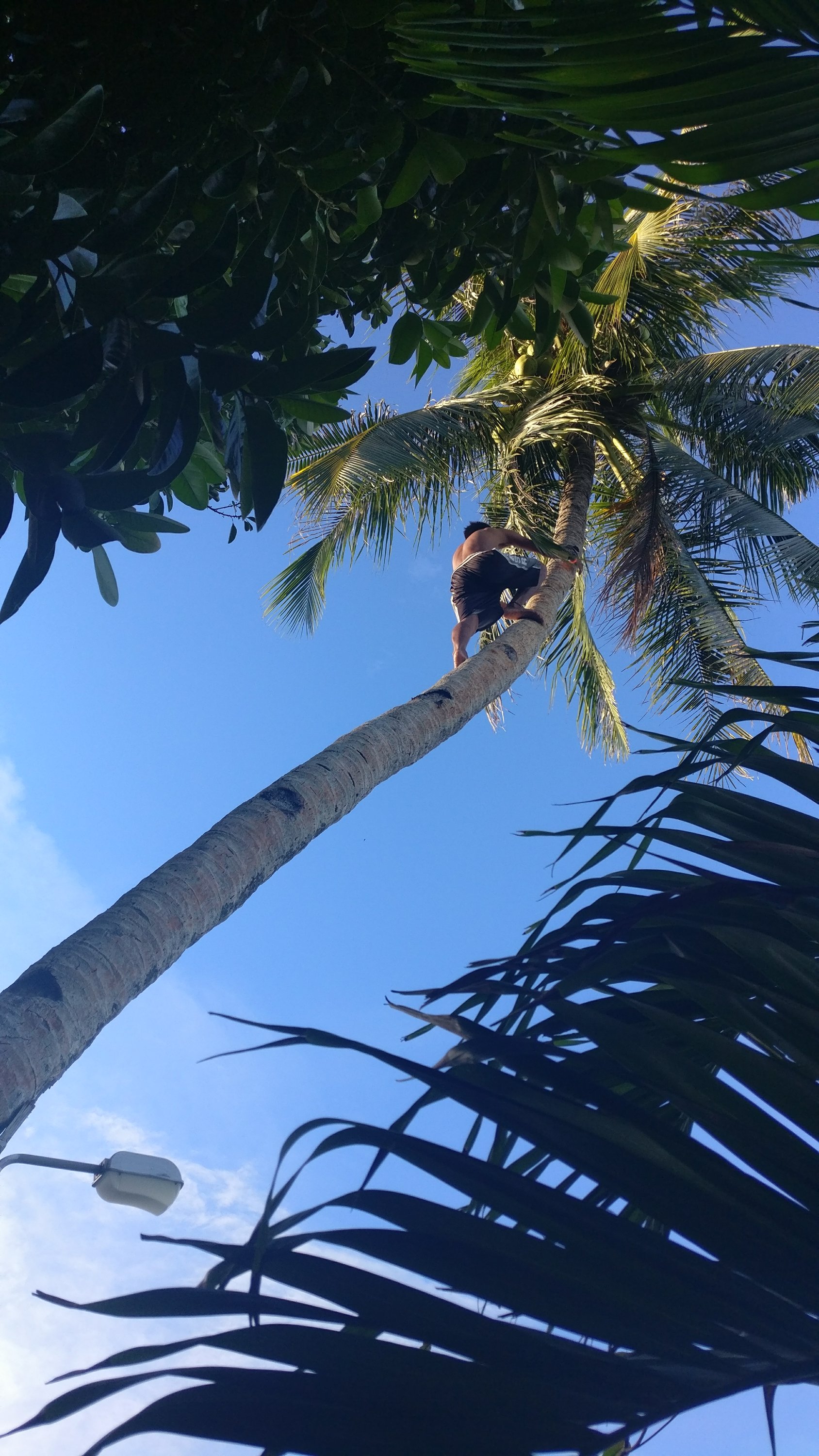 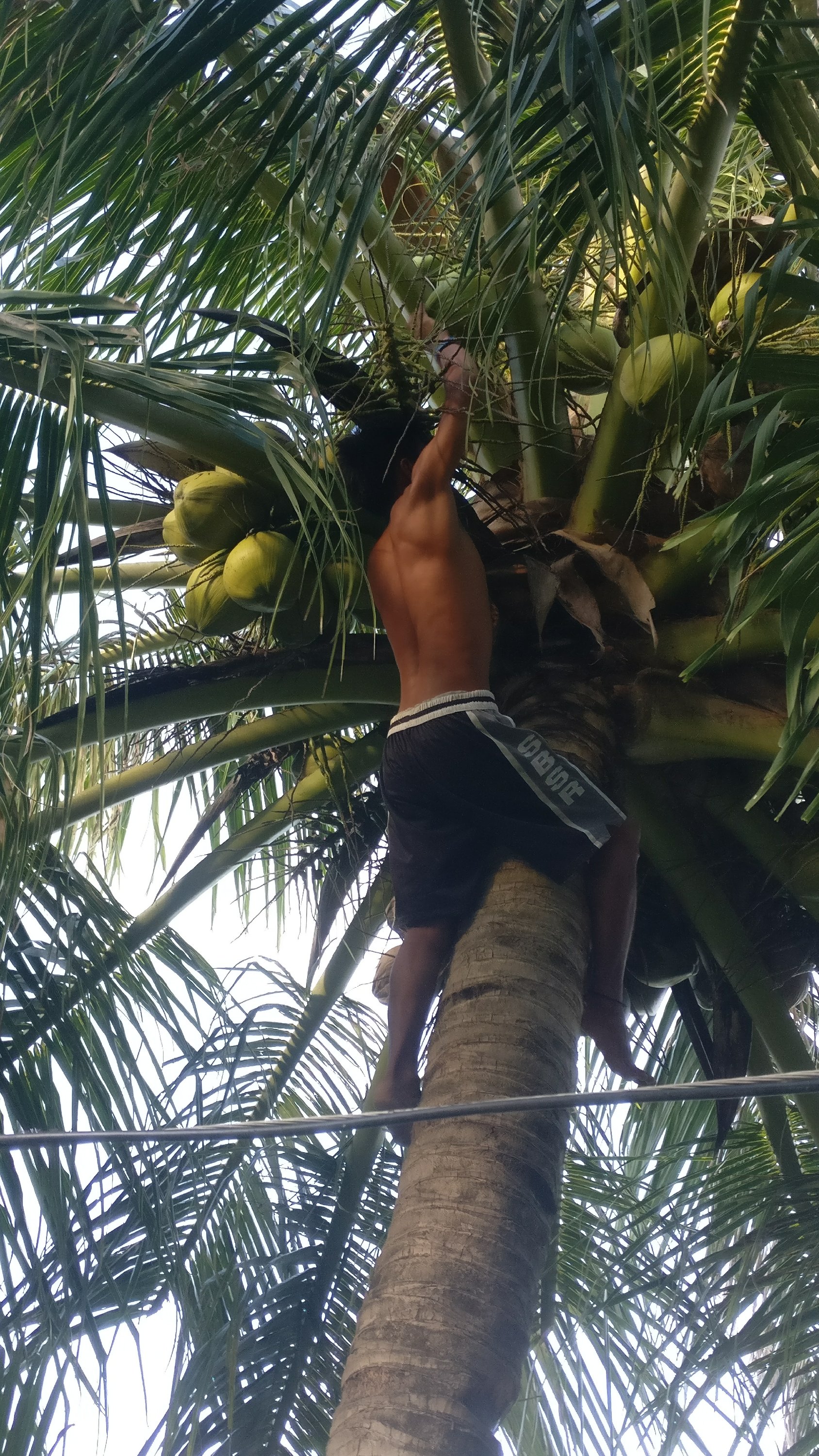 Followed by a drink… 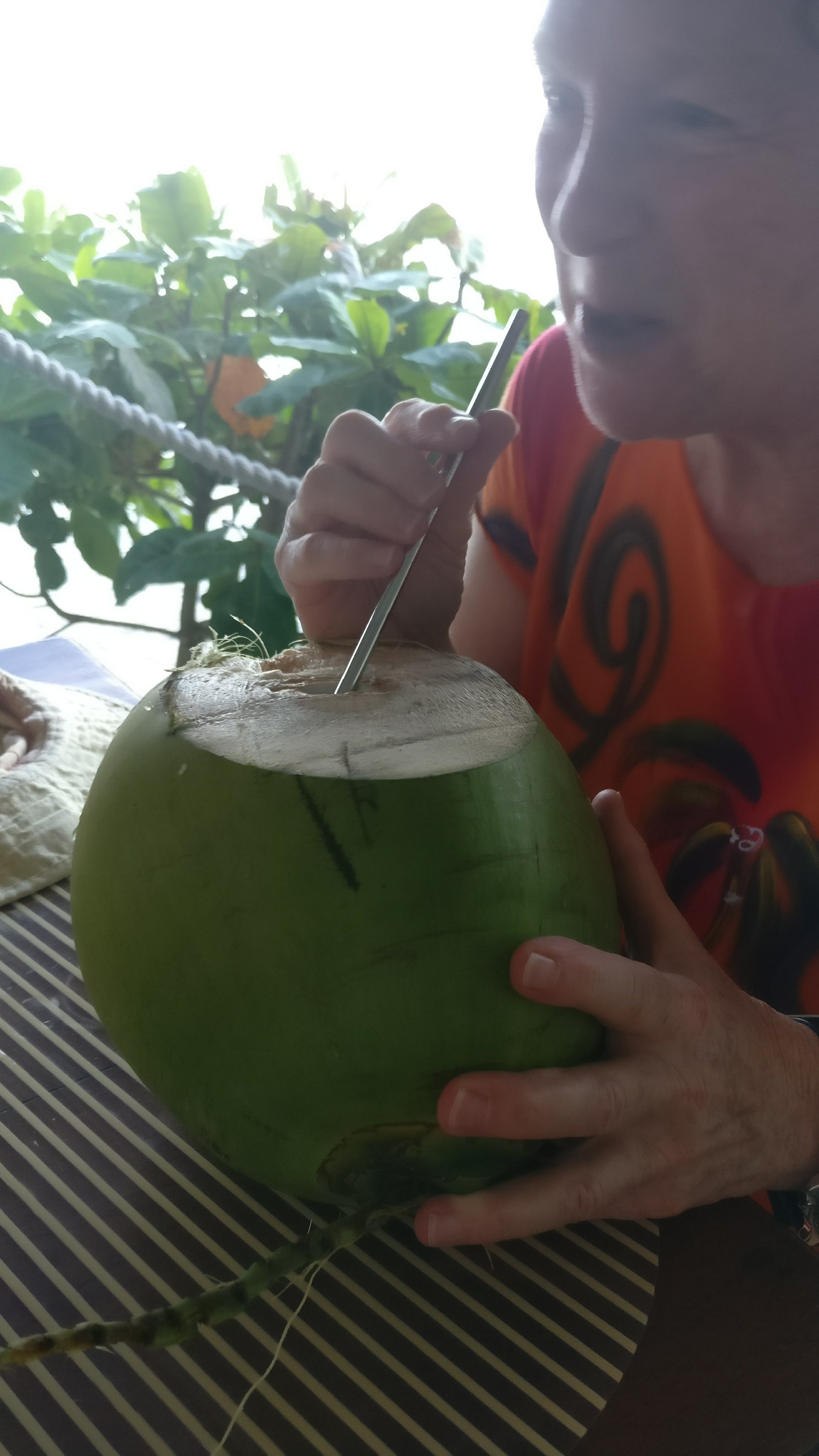 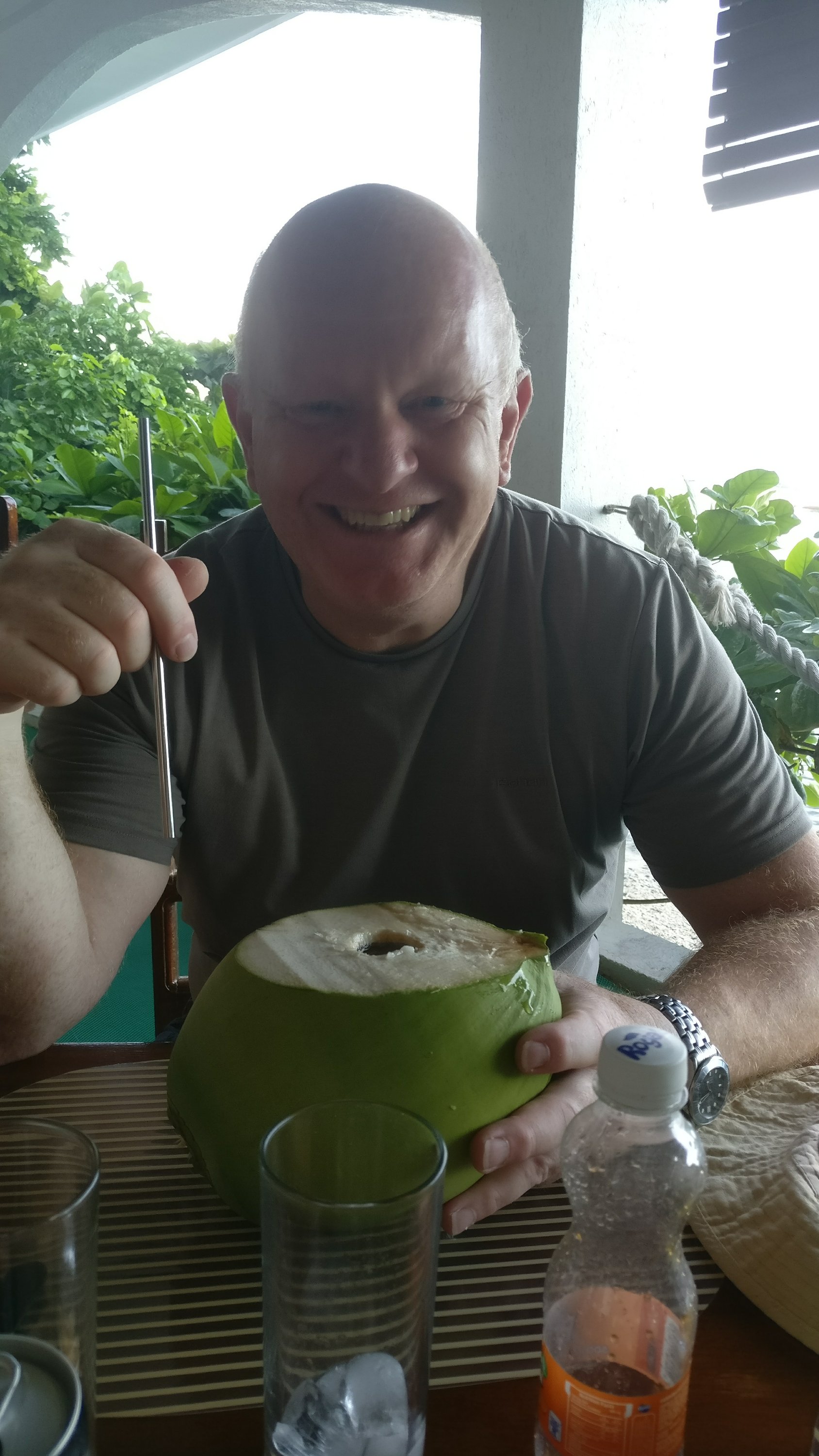 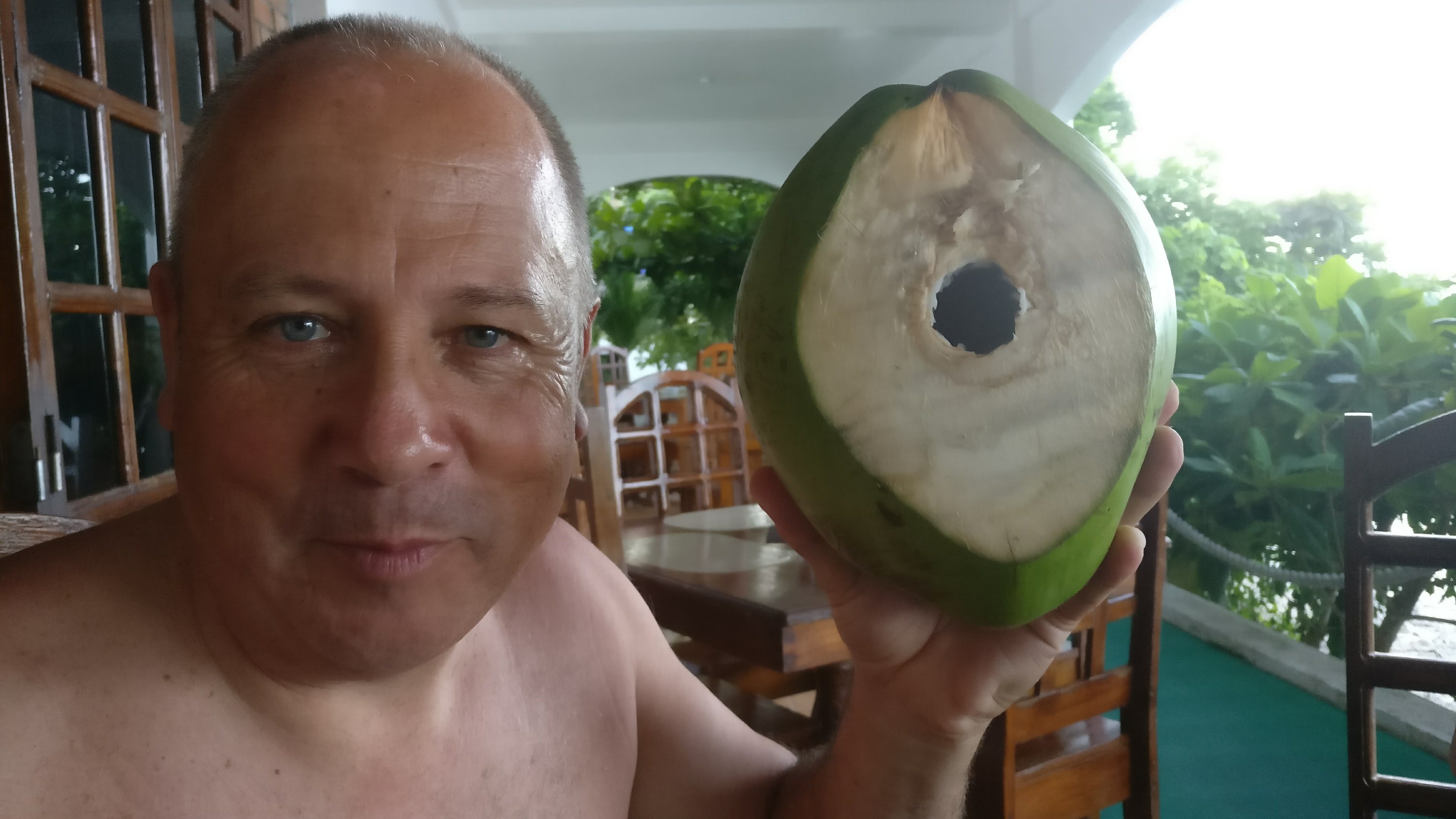 Of course we had big ones, small ones and some as big as your head.

As Baluarte is in a slight bay it means that the shallow part of the site is sheltered from the current.

Basically, it was dark and we saw stuff.