By Holiblog Contributor in Uncategorized on September 17, 2017

Some not so good news hear… Yes, to all you grammer police that was meant…

Currently battling an outer ear infection. Very sore, but delving into the depths of the emergency kit to see what cocktail of drugs might do the trick. Next job is googling to make sure that the concoction is not going to have to many nasty side effects like my ear dropping off, or something similar…

After the November holiday with Jen and Jo when I was so poorly (Jen was too), I said I would get some Swim Ear… Forgot!

This has now been rectified… Amazon! What a wonder thing. Ordered in bulk and it will be with us for the next holiday.

I was going to sit this dive out but the cocktail of drugs was working.

Only Nomsix this morning with Refly as captain.

I had to be very careful of my ears but the dive went ok.

White and brown frogfish – slightly large than my finger nail

Some nudis – some large, some small

I am going to sit the next dive out 🙁 with the view of diving this afternoon.

So to cheer me up, here is my flower of the day… 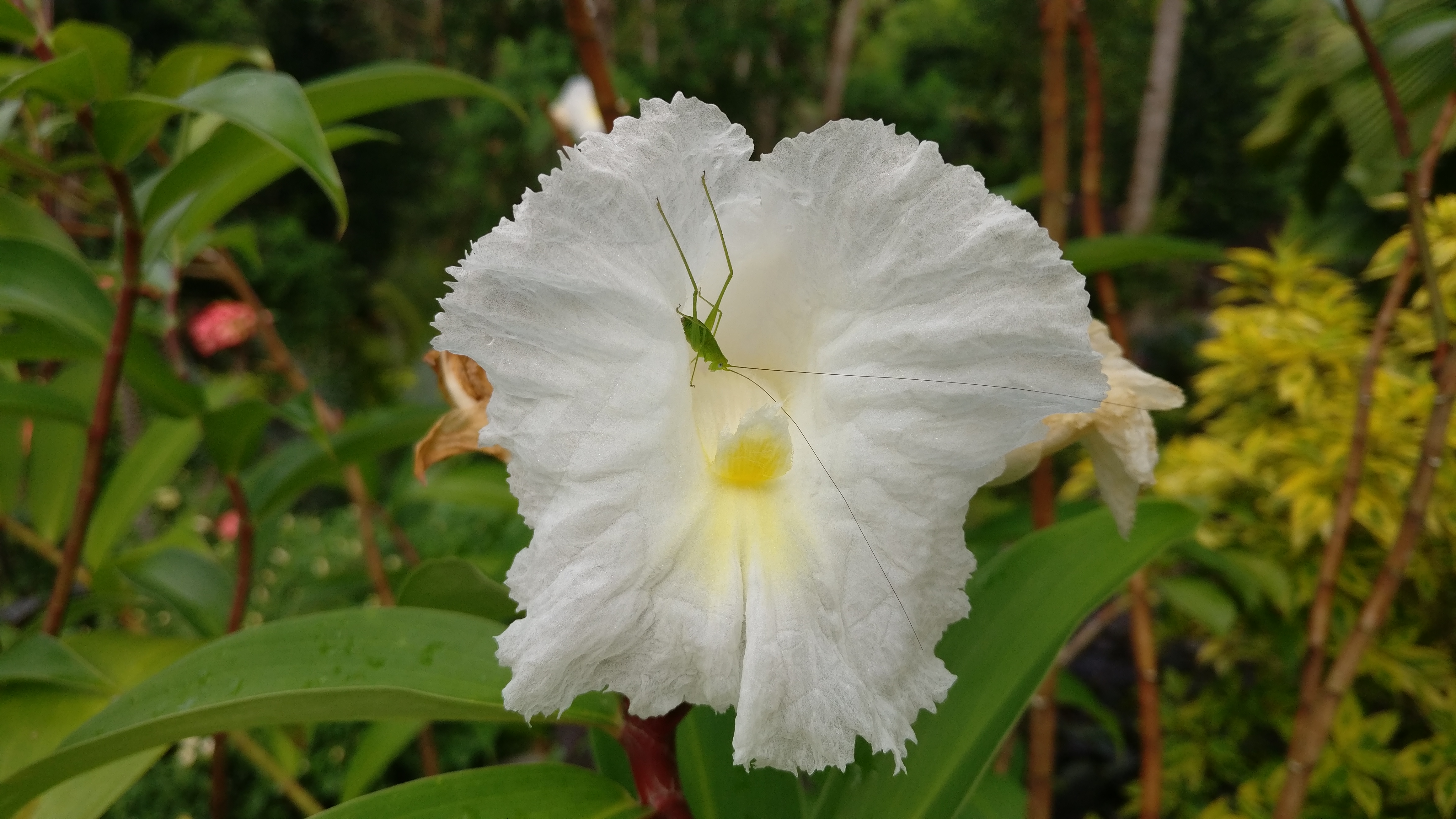 Here is the insect in the flower… 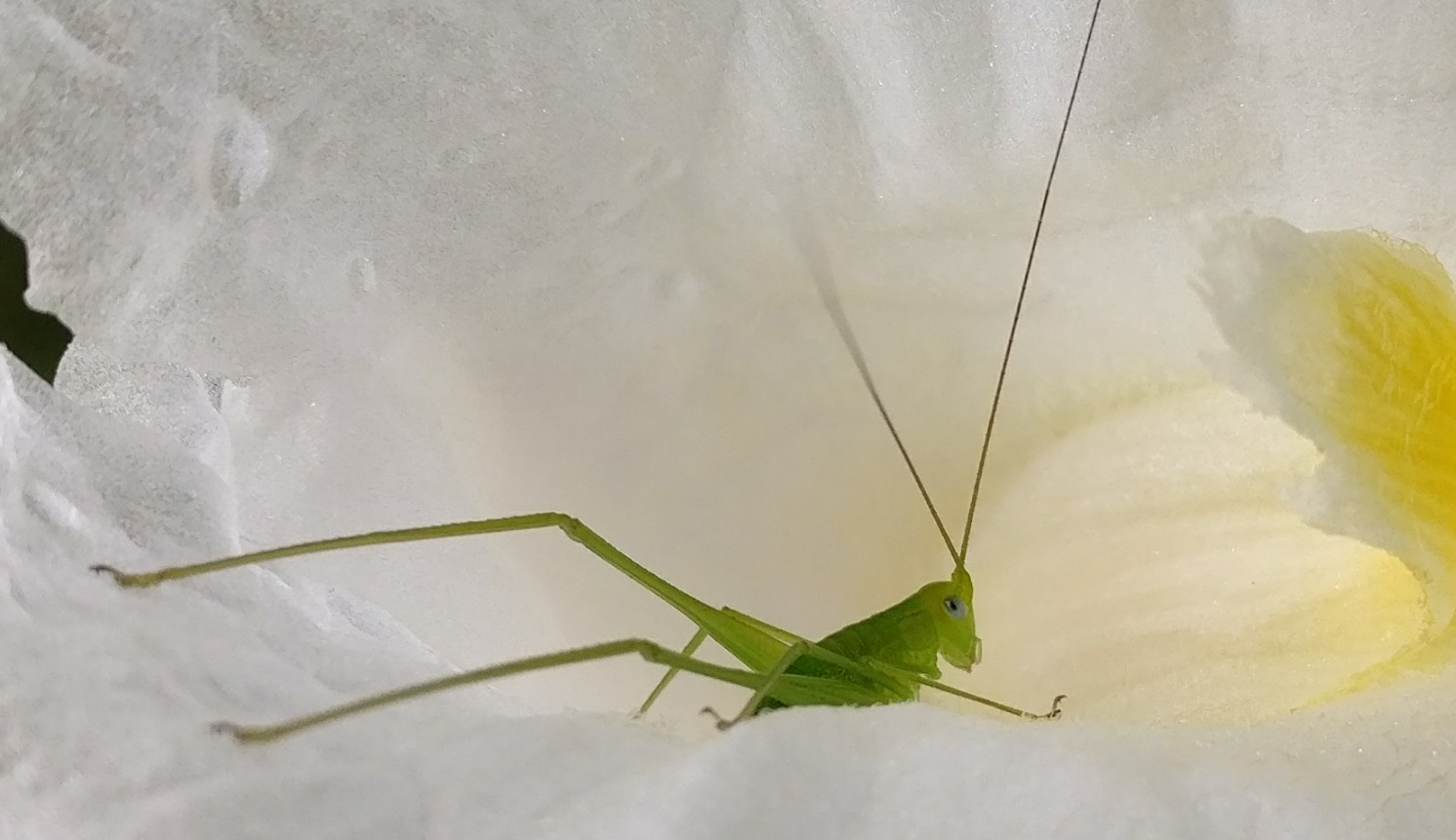 Let me think about that… 🤔

A question… On a dive holiday could a monkey moment be awarded to someone whilst not involved in diving?

For instance, let’s supposed, hypothetically, that someone, not feeling wholly well, and dosed up on all sorts of medication, took the long route back to their hut to look at the flowers, and having done so, returned to the hut only to find that the king-size bed had been replaced with two singles…

This brief detour was followed by a spot of time travelling...

Over to Richard for the tale of his dive…

So, Kusu Kusu Point, the point being to get to the sea bed at 25m and find stuff (and by stuff I mean the blue ringed octopus), then return to the reef and slowly work our way up.

This is actually what happened: I was buddied up with our guide Nomsix, the two Hawains following along. I get in, then Nomsix, then one of the Hawains, the second one jumps and has an almighty free flow from her octopus that not even our guide could fix.

I think this could take a while so I perch on the mooring line and relax. After a new cylinder and some banging about, all was good, we descended. A long, graceful and slow plummet to 25m and the search begins. Vis was good, no current and after 5 mins, a yellow seahorse is found, I await my turn and when invited to take my shot, I descend on the creature at which point I am enveloped by an almighty $hitstorm. Great!

I wait for it to clear (remember, no current) and move in again to take my shot. Two clicks later another $hitstorm descends and I notice three passing divers, all in hoods and gloves leaving a trail of mass destruction as they passed through. I gave up with the seahorse and decided to follow the group.

You probably know what’s coming next, my group where are they I wonder as I stare out through somewhat reduced visibility. I put both focus touches on and commence a slow circular search, nothing, I widen the search and go round again, keeping an eye on the time with that one minute rule in mind.

Great, here I am at 25m, no seahorse picture, no visibility and no buddy. I decide to head back to the reef and make my ascent to find the boat at which point, voila! there they all are like nothings happened! More interestingly, they appear to be taking pictures of a blue ringed octopus. Right, that’s it! I now own this octopus, etiquette and good manners are out of the window as I follow this thing for the next minute with the camera little more than two inches away from it at most, I wasn’t letting this one go.

Finally, I look up and the others are heading back to the reef, I follow and the rest is plain sailing. Not looked at the camera yet, I do hope I have at least one picture in focus!

After another huge lunch…

Jo – A spot by the pool was my reward for blocked ears whilst Richard went for his third dive of the day.

It started off like any other muck dive, with nothing particularly exciting being seen.  Things changed pretty quickly however when the first in the long line of critters showed themselves: mimic octopus, coconut octopus, transparent ornate ghost pipe fish, gobies in a bottle, mantis shrimp and shawn the sheep slugs. A most epic 80 minute adventure in muck.

We are currently at 4 – 3. I did notice that Richard didn’t mention crib yesterday, maybe because he lost for the second day in a row. Today, however, he rectified this by beating me easily.