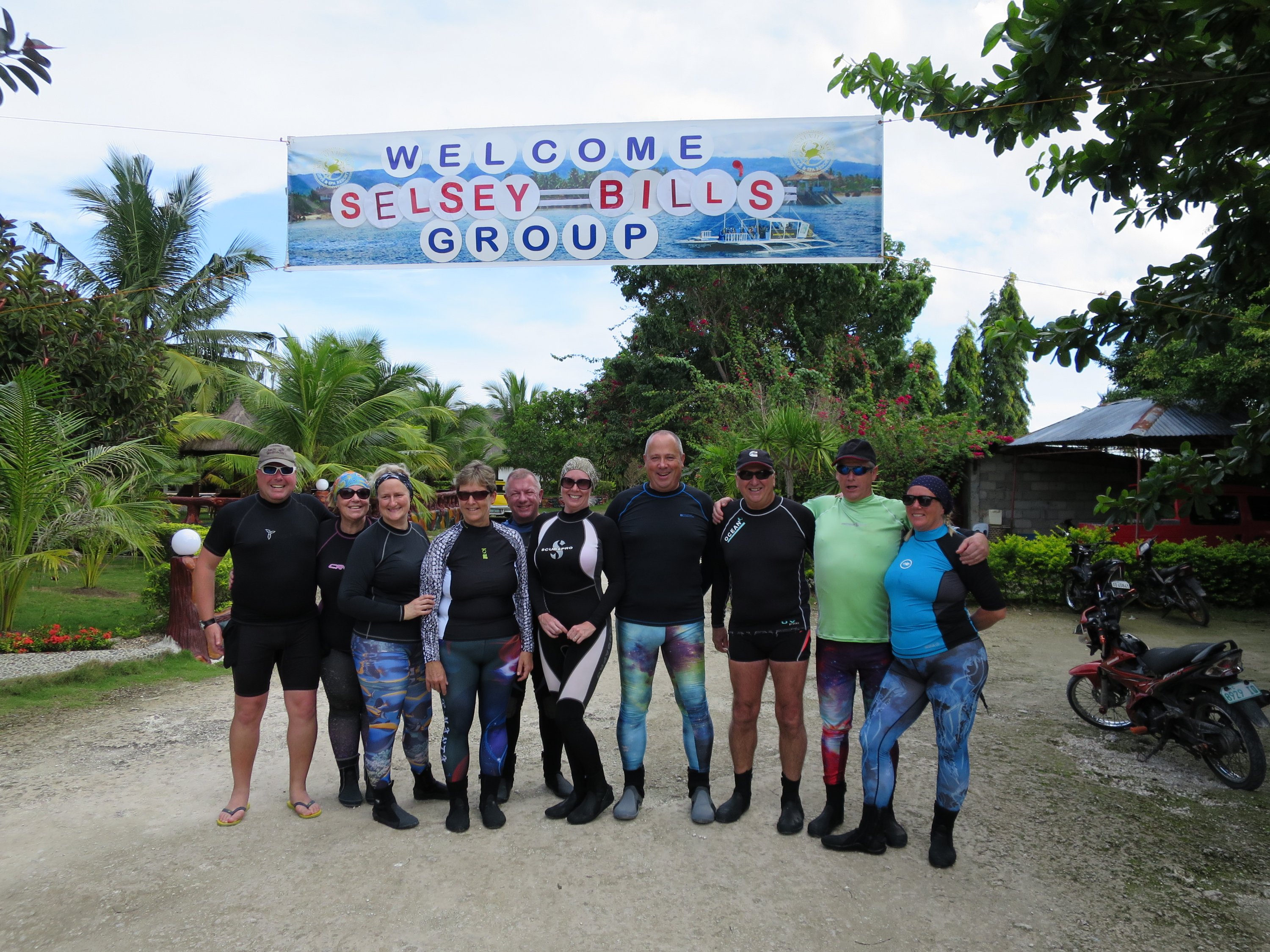 Gordon Sumner, the humble Dumbledore and the nettle patch at the end of the garden. What could they all have in common with today’s diving?

The turtles?…No. The black and white banded sea snake?…No. The octopus that ran off with DO’s pogder?…No. The huge sardine bait ball that dominated the sea-scape? NO!
BLOODY STINGS! Where they come from, what they are for or where they are going is a mystery. What we do know is, without warning, we all swam into a cloud of stuff. Hydroids I think they call them. Small, less than a jelly fish but with family connections.

First I know, my arms are tingling. A first mouthful of curry type of tingle, disguising the full burn that is sure to follow. Well, the heat followed. The second half of the dive was spend trying to scrape the buggers off, albeit without success.

Uncomfortable but not debilitating; diving in shorts and a T-shirt I seem to have got off lightly.
Keith , similarly atired, fared less well with a face looking like Elf had slapped it again. DO had minor grumblings about his legs (never much to write home about…) but the star of the show was Mrs. B. Welts on her neck like Jack the Ripper had a go and lips that Pete Burns from Dead or Alive would have wanted (ask your parents kids).

Special mention goes to Tata, our senior dive guide, who completely de-kitted at 25m then used his pointer as a back scratcher to try dislodging the offenders.
Vinegar flowed from the first aid store as required but only succeeded in getting Malcy all out of sorts.

Diving. It’s like the Blue Planet, just with a rash.
Sx