By Holiblog Contributor in Uncategorized on September 15, 2017 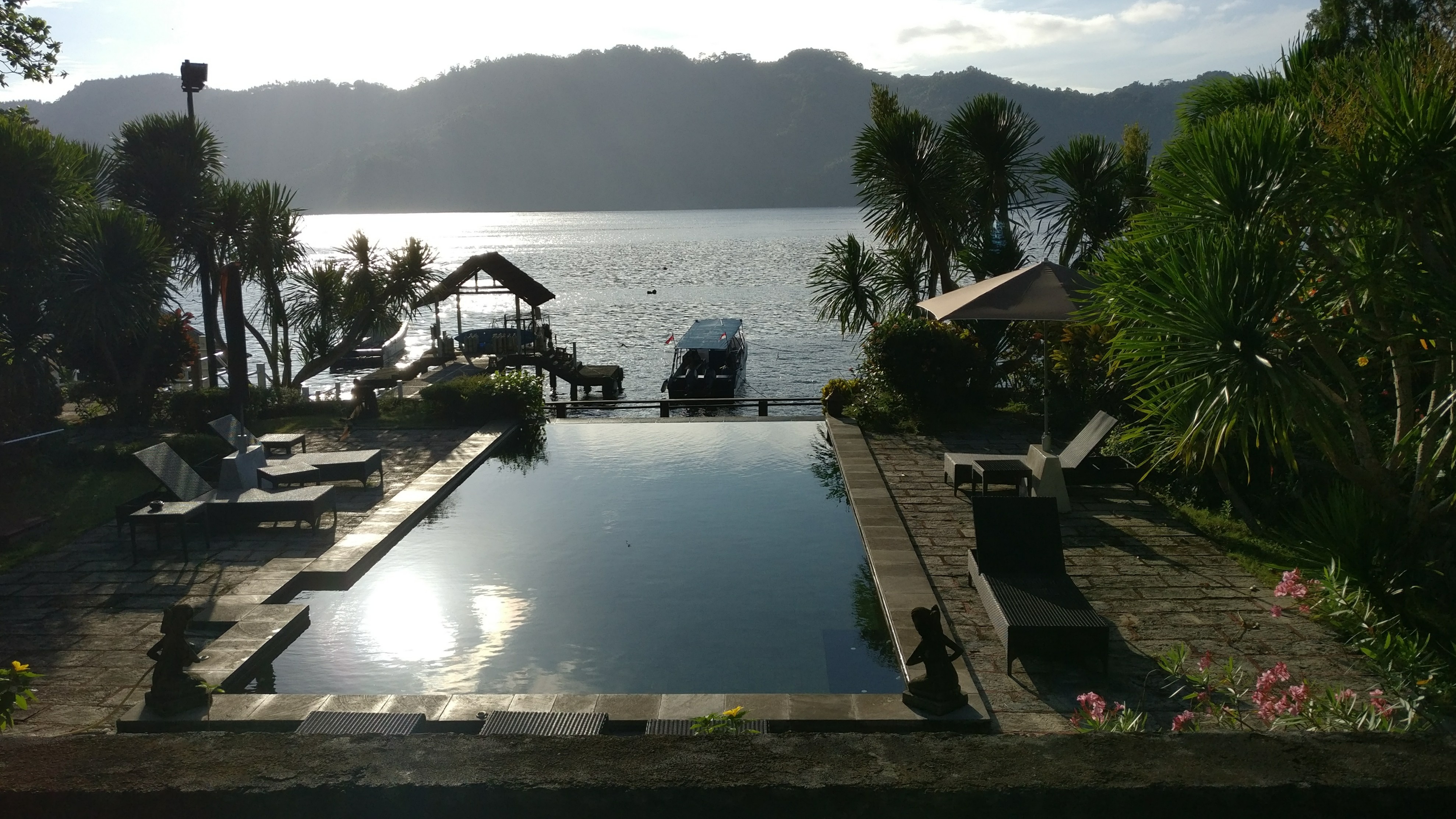 The view into Infinity, and beyond!

Just to finish off yesterday’s report, the incident that Jo described involving tears developed as follows: Darrall, Dianne and some staff were having a chat and I asked a question that I had on my mind for some time, that being “please could we have some mangustine and rambatan?” – the staff just fell about laughing (smash advert).

It turns out that these were well out of season, well I thought everything was in season all the time here. Seems I was mistaken.

I went on to mention that the pears that I had eaten from our room had not been replaced, unlike the towels that seem to be replaced if you turn your head for the briefest of moments.

Such amusement did my story create (OK, you had to be there) that by the time Jo arrived on scene, the rest of the group were in tears (of laughter), leaving Jo wondering what on earth I had been saying to cause such apparent upset.

Anyhow, breakfast #1 completed we head out on the boat to Nudie Retreat 2 to go and give the pygmy seahorses a bit of a grilling and to look at the soft corals. At the end of the dive, a couple of Solar Nudies were seen under the boat, these farm algae on their backs to use as food and they love the sunlight.

Back to base for breakfast #2, banana pancakes for me, scrambled eggs for Jo, served up with more fresh pineapple. 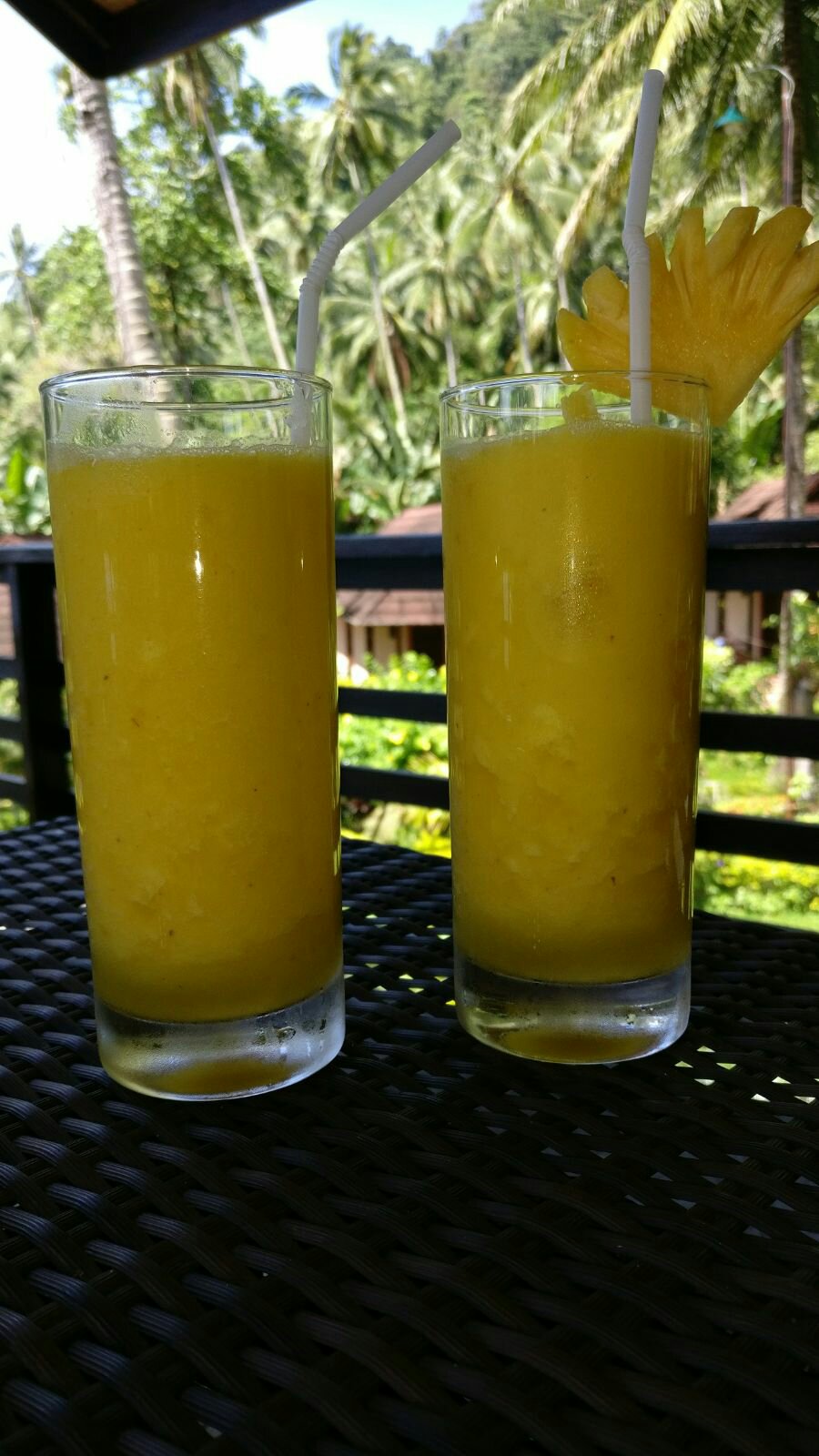 OK, off for a quick lens change as we are off to TK3 to search in the muck for the weird stuff!

… And talking of weird stuff:

Nonsix taught us a new name for that creature which was formerly known as the clown or squat shrimp. He illustrated it with a particular posture and rear end action! 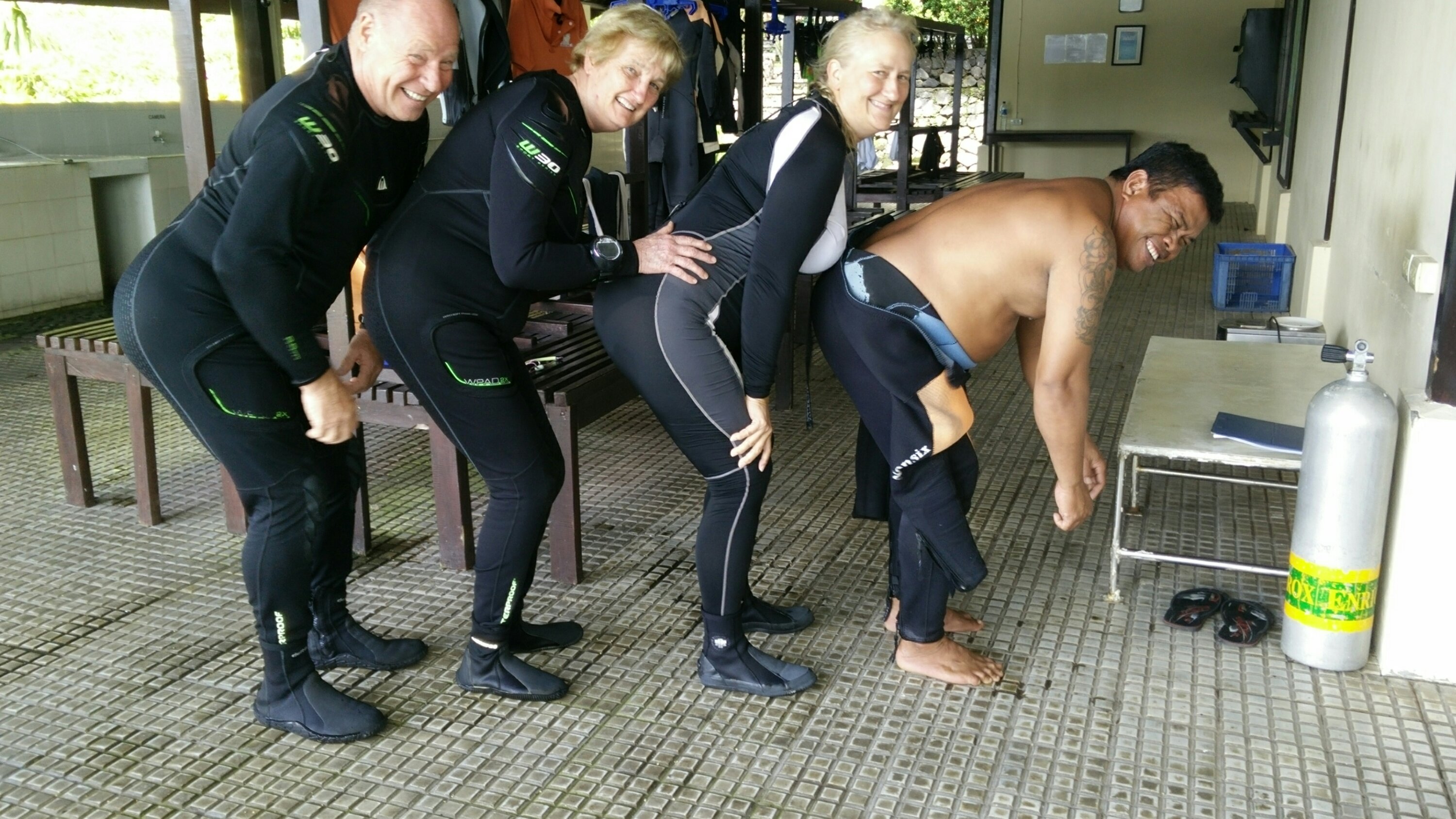 Lunch done, afternoon dive done, we saw nudies and tiny cuttle fish, lovely dive though there was a slight monkey moment when I got close to jumping in without a mask Back for a dip in the pool, afternoon snack was custard doughnuts and the custard wanted to go everywhere, and it did!

Dinner tonight, the last supper with Darrall & Dianne (my brother from another mother apparently), I expect the odd bottle of beer may be consumed.