By Holiblog Contributor in Uncategorized on October 11, 2018

Now the first task of the day, order lunch! 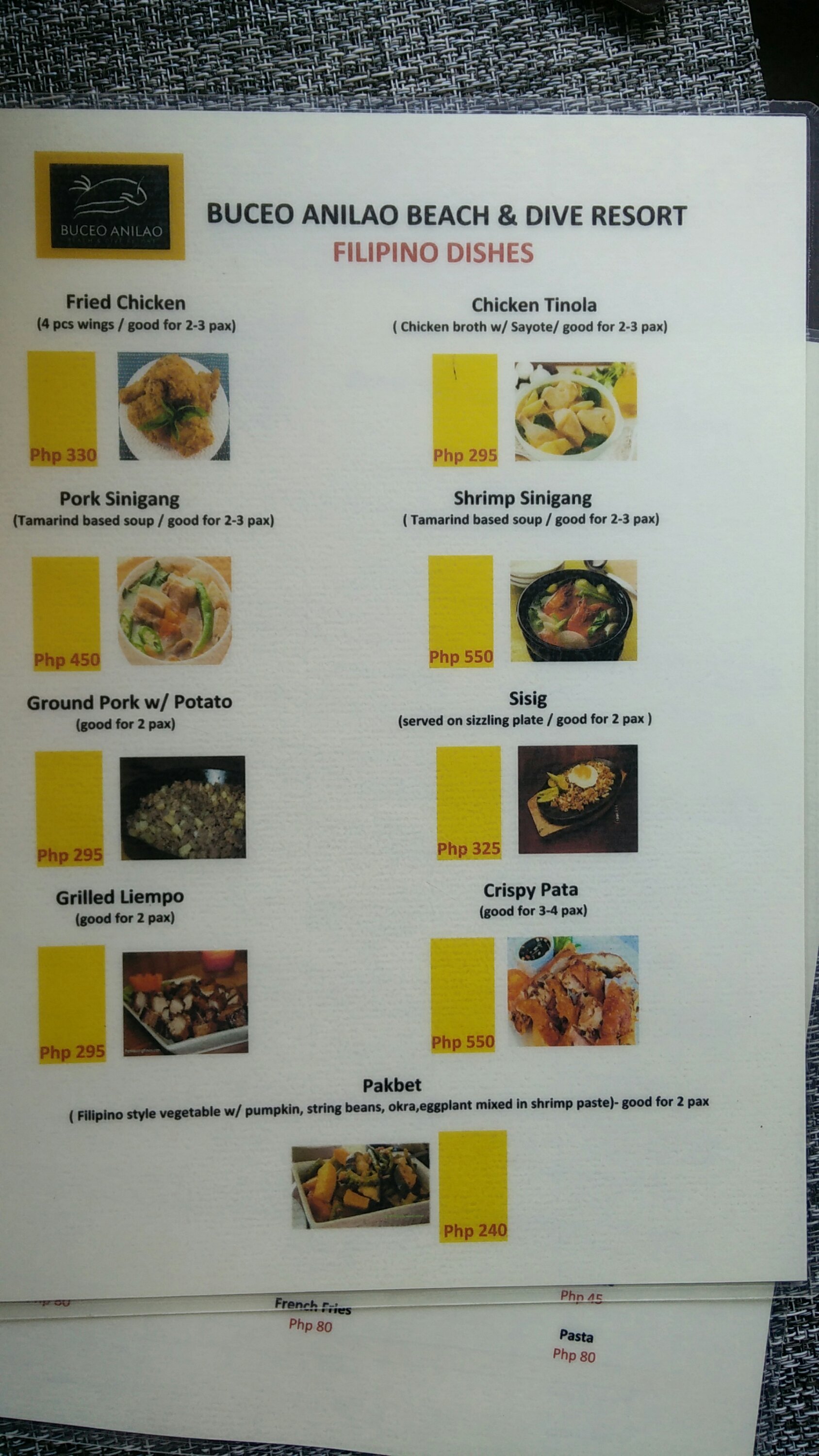 Then there’s a whole other menu, more on that later.

The first excitement of the day of the day was watching an unusually significant number of bubbles come out of my camera when I tested it in the dunk tank. This was followed by a disappointingly large volume of water pouring out of the thing when I hastily bought it back to the surface. The net result being that the 60mm macro lens is not currently talking to the camera. This is far from ideal. The strobes also fire randomly and at all times other than when the shutter is released, similarly far from ideal.

The first dive of the day was at Daryl Laut: 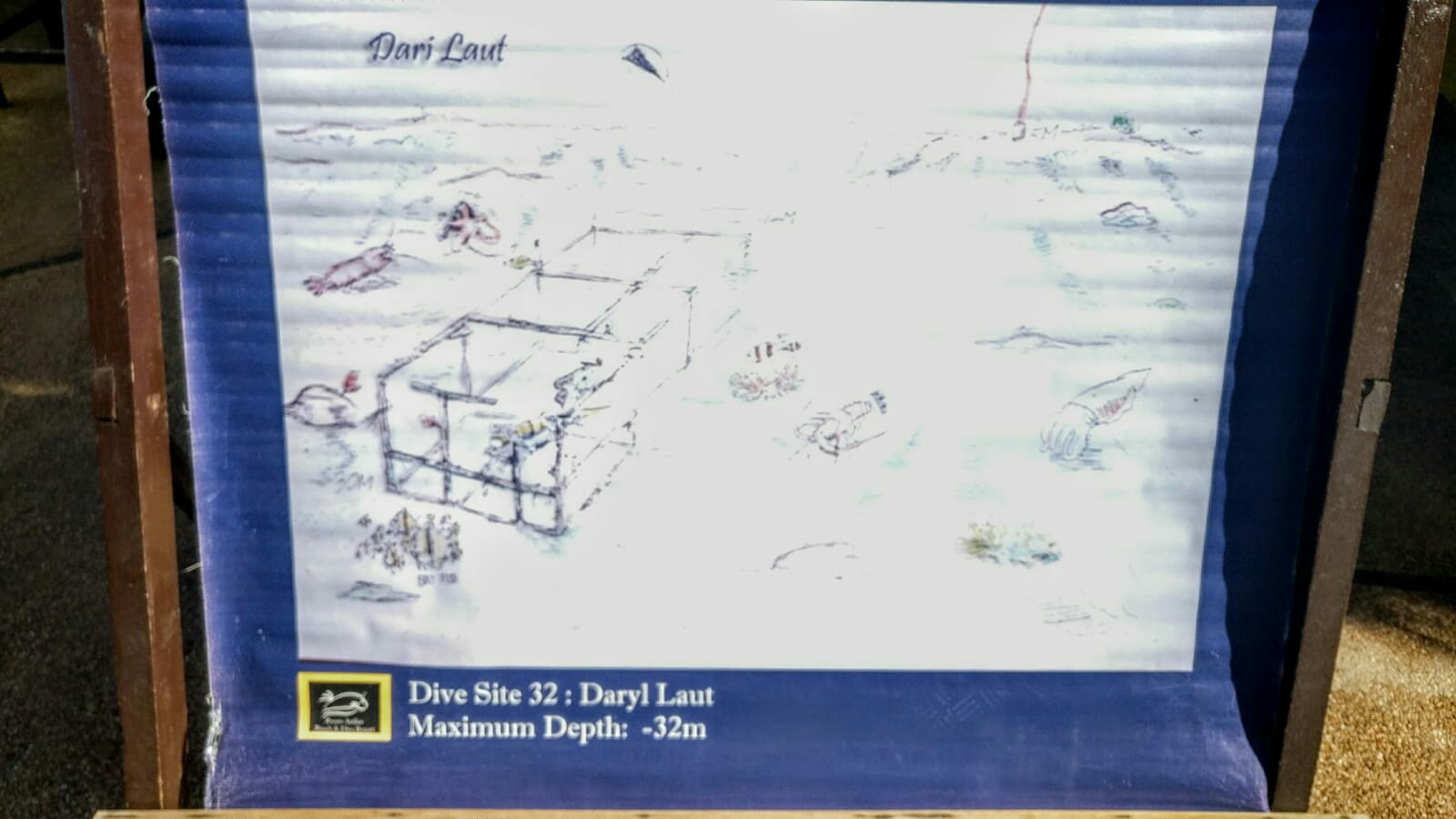 As you can see, this is a ‘wreck’ of an old floating casino (apparently). Lots to see from small to large. Towards the end of the dive an electric clam was seen, we gave the infamous signal which has now been adopted by several though yet to make it in to the PADI manuals. Mrs Barnard, could you ask the chairman if he thinks this might be a good subject for a magazine article, perhaps you could upload a tasteful video clip of the ‘sign’?

After our 60 minutes we headed off over to ‘Olympic Point’, a shallower dive across a seabed festoon with life, lots of nudis and shrimp as well as peacock mantis shrimps. 72 minutes in water that is 28-29 degrees. Lovely.

Back to base now, camera open and drying, light lunch consumed. Currently fighting off the urge to fall asleep in the room for an hour!

We ended up in one of the pools where we bobbed about for a bit before it was time to get back to the diving.

After much blowing of dry air my camera strobes decided that they would play nice again so it at least I could take some wide angle pictures. We headed out to a nearby site only to find that when we got there, the current was a little too much so we went a little further to another site which was indeed bereft of fast flowing waters. This was known as Arthurs Rock, broken corals on the sea bed which then turned into outcrops and finally a wall before the turning point. Nudis were plentiful and a large title gave us a close swim by.

We returned to base for much needed coffee before we headed out for the night dive. With just the two of us on the night dive we went around the corner for a muck dive. Being without macro lens I went as macro support for Jo and before long we had found (well OK, or guide had found) all sorts of critters including shrimp, crabs various and three (count them), yes three nicely turned out good sized seahorses though they rarely want to pose for the camera, especially in the dark when they are being bombarded with blinding lights so we didn’t hassle them too much.

So far all the dives have been around 70 minutes and this was no exception, 72 minutes with a Max depth of almost 25 metres and it was dark, good job our guide knows the area, it all looks much the same at night, the black sand even blacker in the dark!

We return to base, set batteries to charge and I order the standard pre dinner beverage, Red Horse.

Dinner turned out to be remarkably well chosen. A salad of mango, orange and carrot, fried rice and a local pork dish which came with soy sauce and fresh chilli, it failed to disappoint in any way.

We return to our room and we have a new remote control for the air conditioner, this one is far more effective and allows is to turn it on, how cool is that? Well about 23 degrees if you want to know, trying not to over chill whilst hoping that the dried air might have some positive effect on the macro lens that went for a swim earlier.

Jo gets what few pictures we took on to the laptop (Jo won, over 500!) whilst I suspect I may have fallen asleep. I an catching up with the blog now just before the 06.00 alarm goes off, woken by the found of crowing cockerels and geckos which are making those gecko noises which geckos make so well at this time of day. 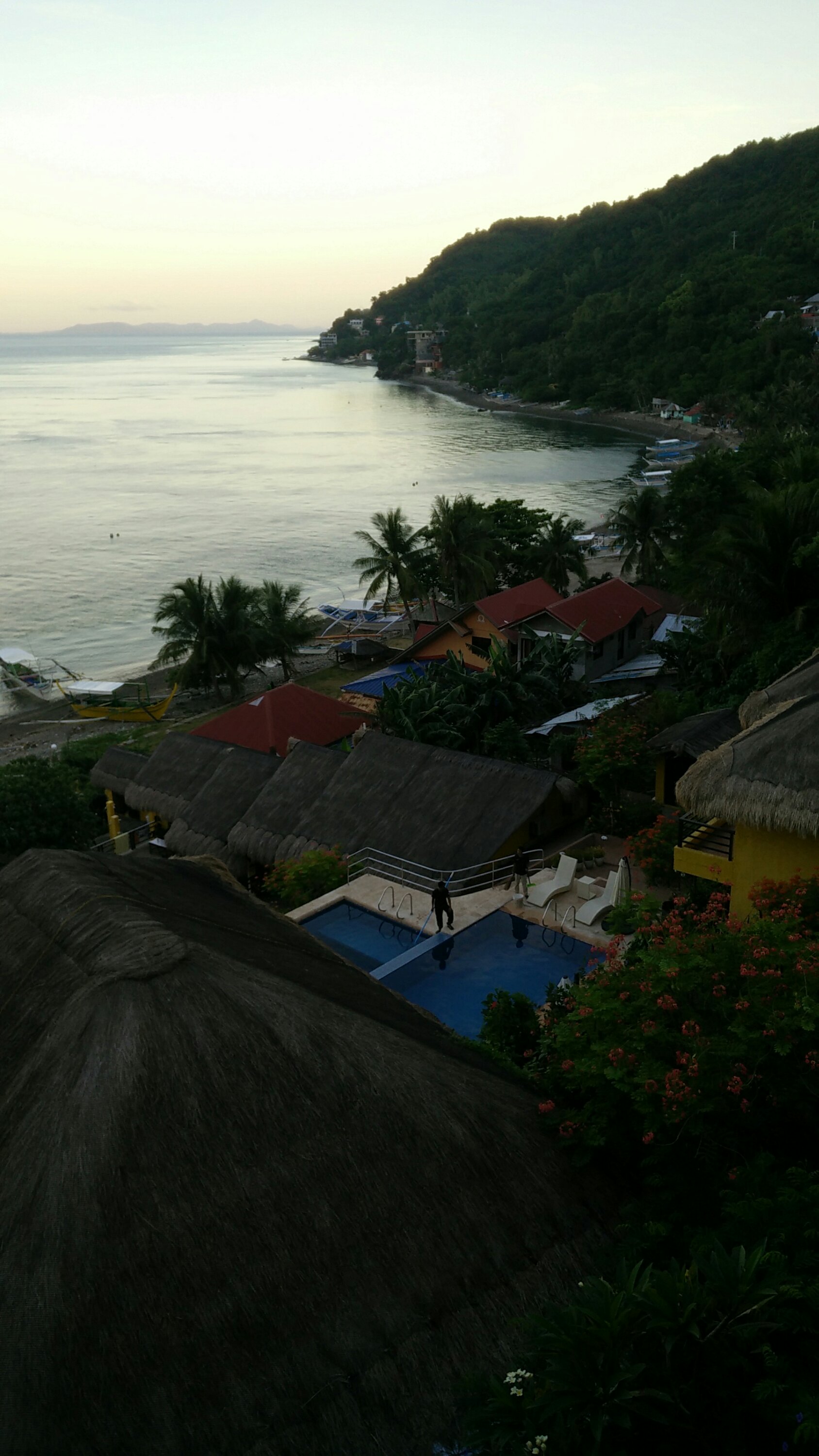 Nearly time to get up then!