By Holiblog Contributor in Uncategorized on October 25, 2019

Welcome to a another day in Anilao, though today will be different from yesterday as I plan to have significantly fewer instances of gear or diver error!

One interesting phenomena we have encountered is that, as we are spending over five hours a day under water, the line between being submerged and on the surface is sometimes not quite so clear, I use this excuse for forgetting my mask on one occasion and my computer on another.

Dive less? I think not.

Stay fully kitted with mask and computer on, just in case? That’s a possibility.

Try harder? Yes I could try that.

Buddy checks? Yes, I think that’s the solution, I think I’ll give that a whirl.

I should point out that we have performed a buddy check before EVERY dive we have made on holiday though they seem to have gotten trimmed down to comparing cylinder contents and not much else.

Yes, buddy checks, that is what we’ll do!

Actually, thinking more about it, where do Mask and Computer feature in a buddy check? PADI talk about Burger With Relish And Fries, I can’t recall an equivalent BSAC acronym but I suspect it’s in the Fries, the Final check, accordingly I shall be concentrating on the Fries section from now on.

Jo loves the Fries 🍟…. And on that note, time to drag ourselves out of bed and get some breakfast for before long it will be time to get wet once again 🍟🍟🍟🍟🍟.

Whilst I remember, when it’s hot hot hot, it’s nicer if the beer is cold cold cold! 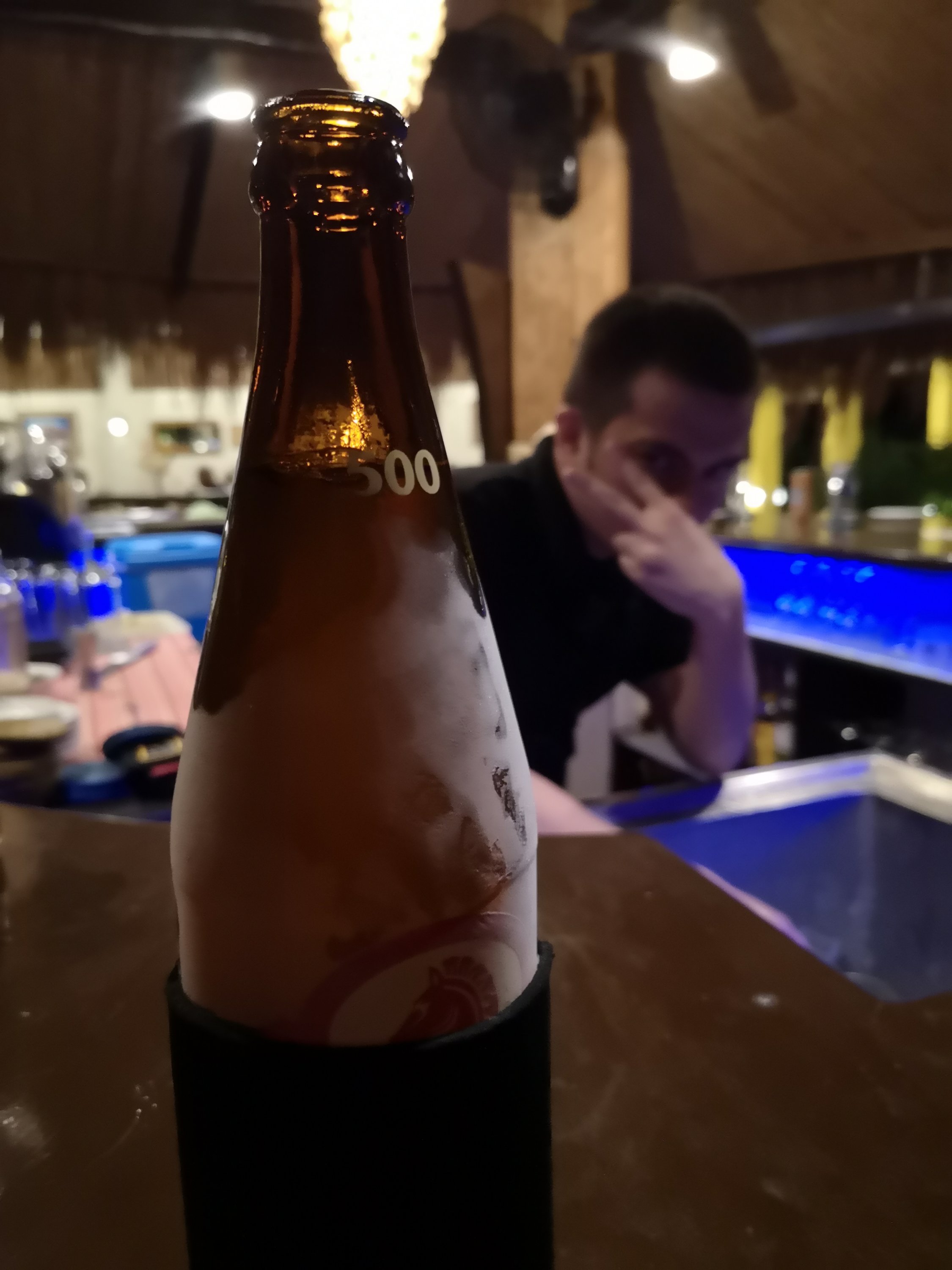 Our second visit to this reef on this trip. A sandy slope with coral outcrops ends up at what they call a rubble bed at around 21m, the bed consists of mushroom corals and lots of broken corals hiding all manner of life.

A couple of Tiger shrimps were spotted though they seemed to care little for the attention of cameras.

The surface interval is spent drinking coffee and eating Red Velvet Oreos then it’s in for the second dive.

A fairly steep slope of coral leads down to the seabed at around 23m. There was a thermocline at around 21m so I stayed above that! 29 degrees, I like.

After lunch we head out for the afternoon dive.

This sandy slope muck dive seldom disappoints, after descending on what looks like a desolate wasteland of nothingness, it all starts to appear: nudis, flatworms, shrimps and crabs of all colours and shapes. At the end of the dive, a very small (3mm long) frog fish with pink spots was discovered in the shallows. It was on a feeding frenzy, after all, it did have some serious growing to do. Another most excellent dive.

A quick update on the whole buddy check thing, it’s going very well indeed, since refocussing on this important part of the dive, nothing (thus far) has been forgotten and all had gone well.

My backup computer is playing ball once again and is now fixed to the outside of my jacket instead of lurking in a permanently wet pocket (it had been suggested that this might have been the cause of the Er issue).

We return to base for a swift hot chocolate / green tea and biscuits before we head out for the night dive.

On the point of day/night diving. The sun sets on the distant horizon at around 5.30pm, as it is setting it still appears to be daylight above the water but moments after getting in, it’s fairly dark then before long, around another 10 to 15 minutes later it’s black! We like to dive during this transition as we get a good night dive and are back in reasonable time for dinner. 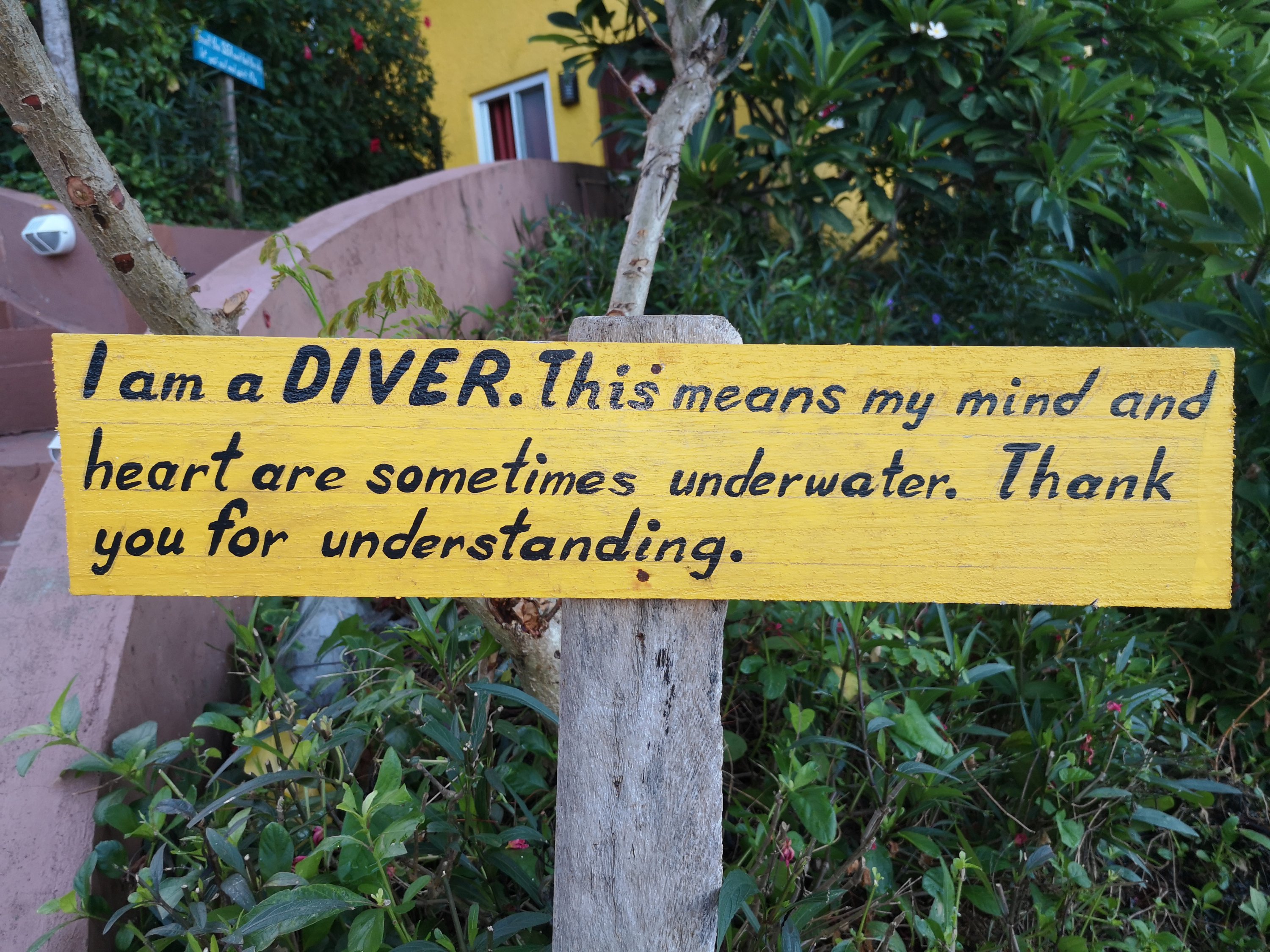 This relatively steep sandy slope hides all sorts of critters including a couple of good looking sahorses who thought they were in for a quiet night together as well as a very colourful peacock mantis shrimp with eggs which was out and about instead of just peering out of its hole. It didn’t appear to notice that I was right in front of it, clicking away with two strobes right in its face.

Also all manner of nudis, flat worms, crabs and shrimps were on display.

Secret Bay also has areas where the seabed is very hot, too hot to bury ones hand in the sand. Like ‘Bubbles’ which is further along the coast, geo thermic activity is worryingly close to the top of the the seabed!

Back again for dinner. A switch in strategy sees the chop suey replaced with mango and cucumber salad and the Lumpia (vegetable spring rolls) replaced with Shanghai Rolls (similar but filled with minced pork). Then Sisig (Spicy version with chilli) and fried rice. Maybe by the end of the trip we’ll have a better grip on the ordering process but the food is all so very nice! 🍟 🍯🥘🦐🍲 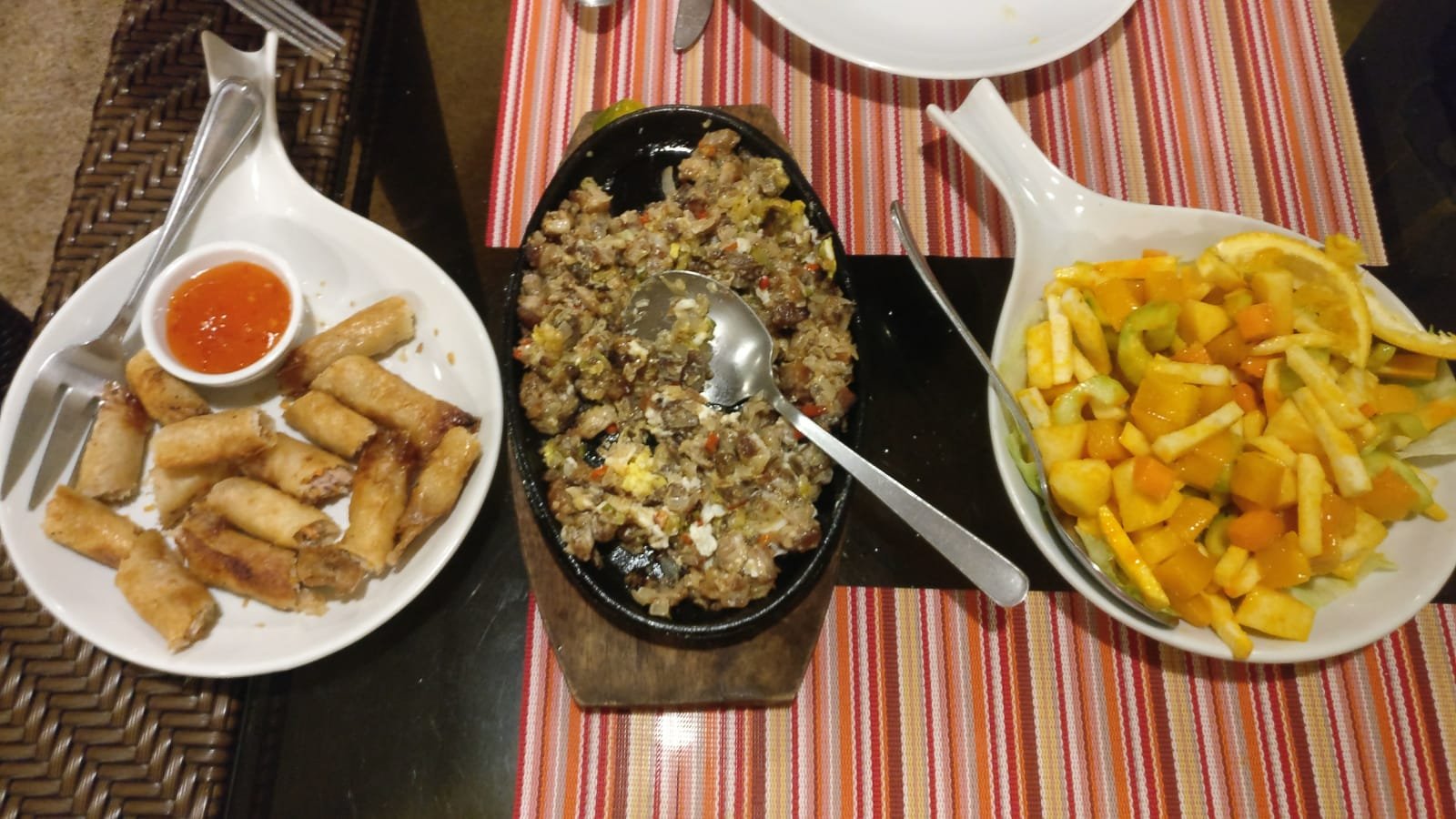 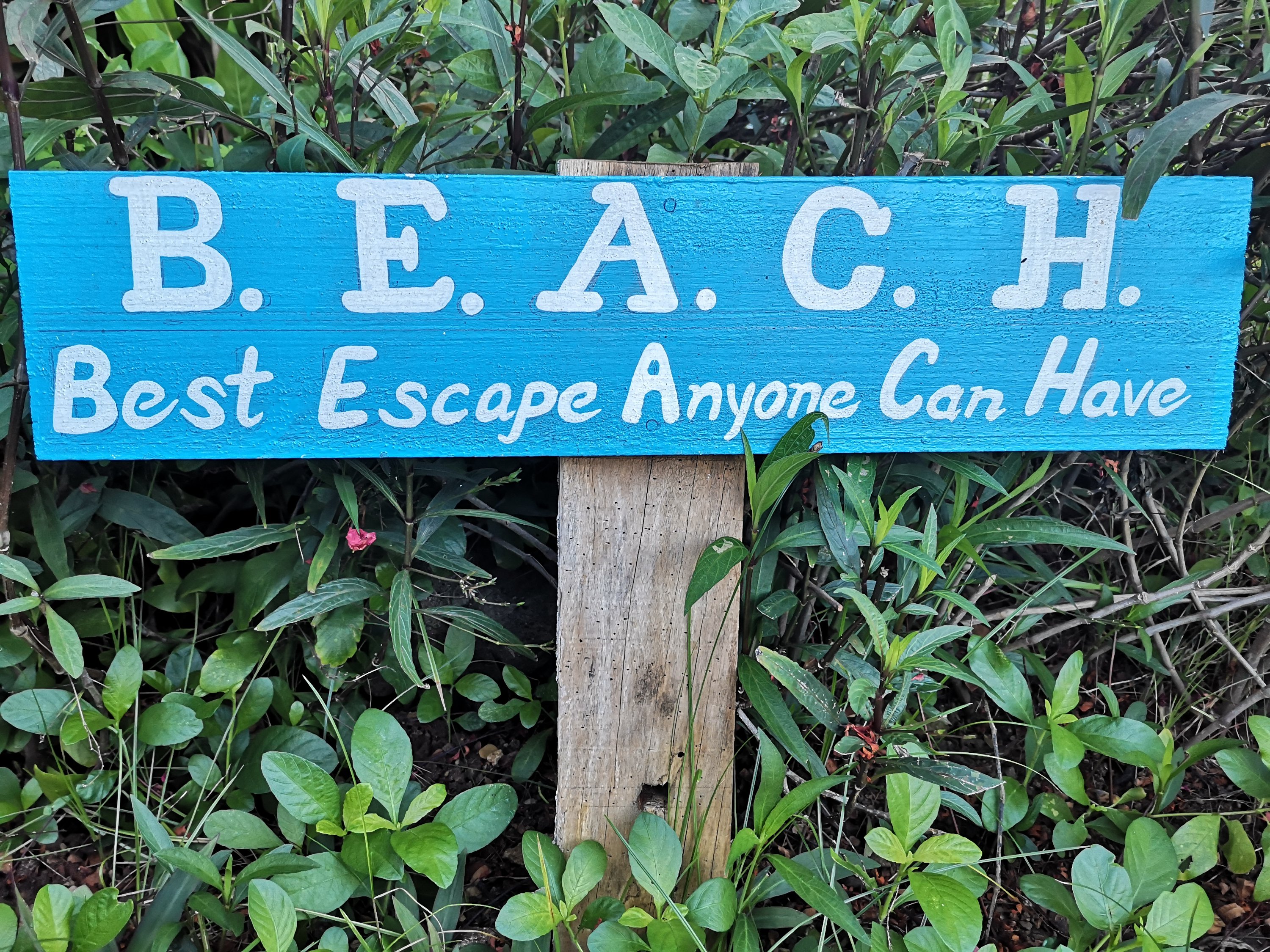