By Holiblog Contributor in Uncategorized on October 24, 2019

This morning, at about 5.45, whilst dozing, I was brought to consciousness by the shout of “SPIDER!!!!!”. The biggest spider ever was climbing up the wall near the bed. 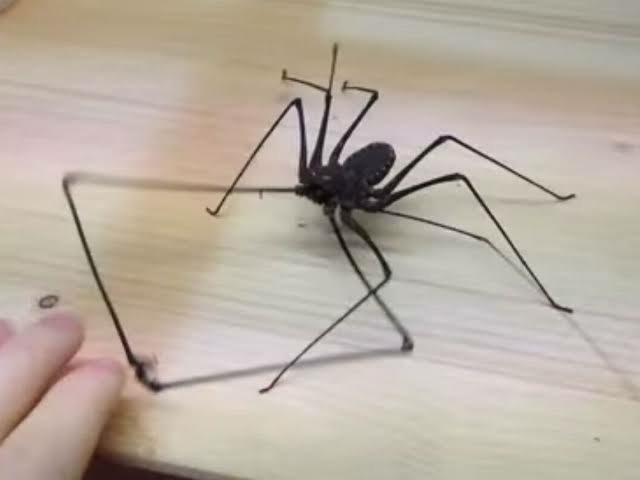 (Not our picture, but it was this size)

So, I sent the best man for the job in to do the pest control. The spider which was bigger than his hand was coax it into a mask box, even though it’s legs were sticking out either side! After some gentle manoeuvring, it was gently flung into a tree as far from us as Richard was able to manage.

Richard has changed his lens to the wide angle variety. We are looking to do Daryl Laut (the casino wreck) and Sombrero again.

Here is a different balcony shot. My view of our balcony whilst having our breakfast… 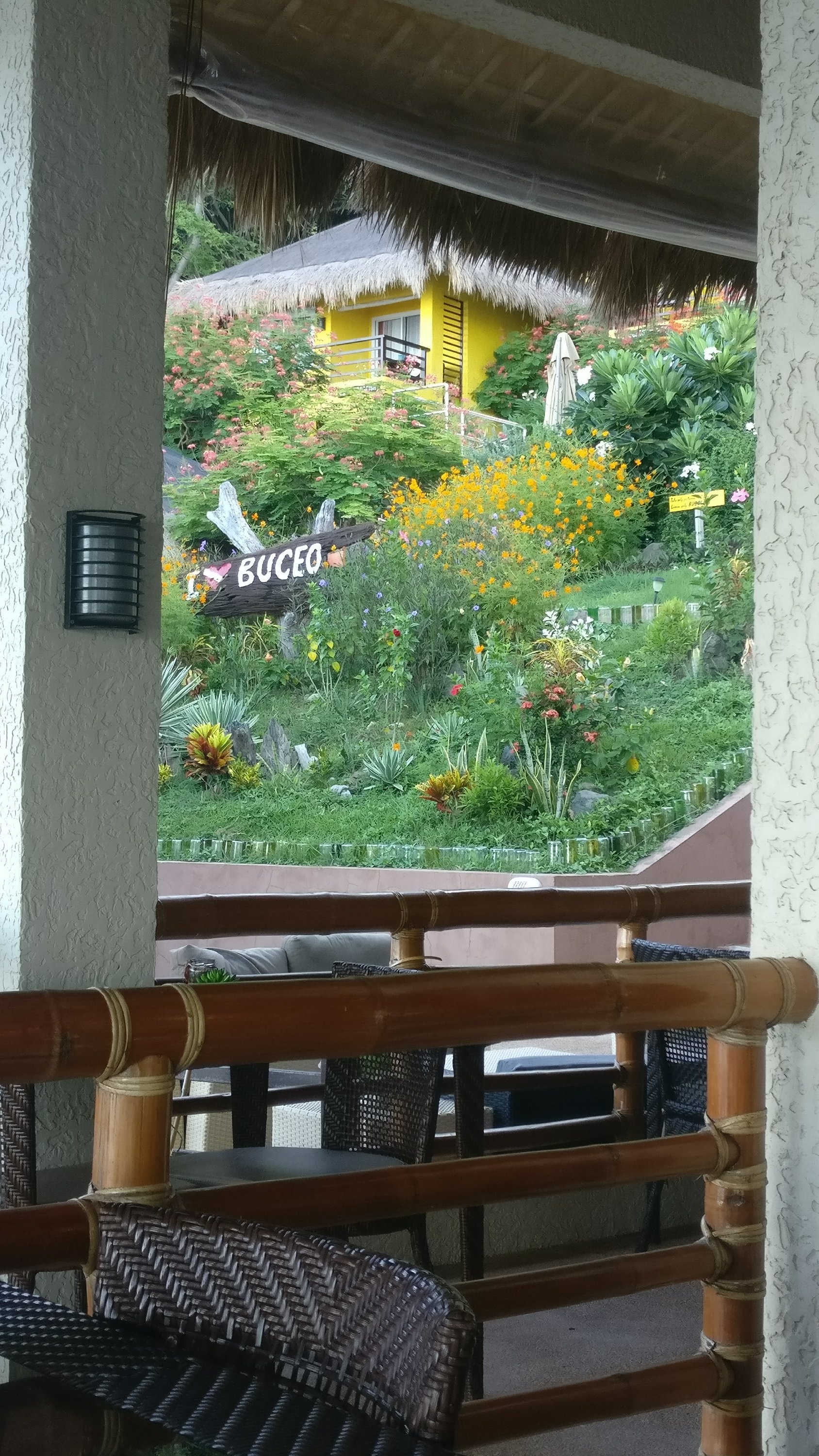 We are mindful that we are now in the second half of our holiday. Seven days diving, and 28 dives, done.

Gear failure! Richard’s mask strap broke just as we were going in. With a little bit of fiddling, he was in the water, where I was waiting.

Another excellent dive on this ‘wreck’.

Richard seemed happy to be using his wide angle lens.

I got punched by a peacock mantis shrimp and bitten by a fish.

Surface interval chatting to Nina, Graham and Ann. Coffee and Bananas for a snack.

Richard’s fin strap this time. Retrieved spare from bag and then he joined me in the water.

This is such a beautiful site. So much fish life.

Oodles and oodles of butterflyfish, along with so many other reef fish.
Large shoal of red toothed triggerfish, very aggressive to other fish.
Current fish, so the boat picked us up.

After lunch had a quick swim before the third dive of the day.

Luckily, no more gear failure. couldn’t have coped with the embarrassment.

Richard? Who? My buddy? Nooooo!

Lots of big fat nudis to take photos of.

A very close encounter with a large turtle. Posing with turtle whilst Richard took pictures.

A quick drink and biscuits, green tea for me a hot chocolate for Richard, before we head out again.

Just the two of us and Nanie.

The night diving here is so good.

Dinner done and now time for looking at pictures before early night but before I go, here is another of the signs fitted around the resort. 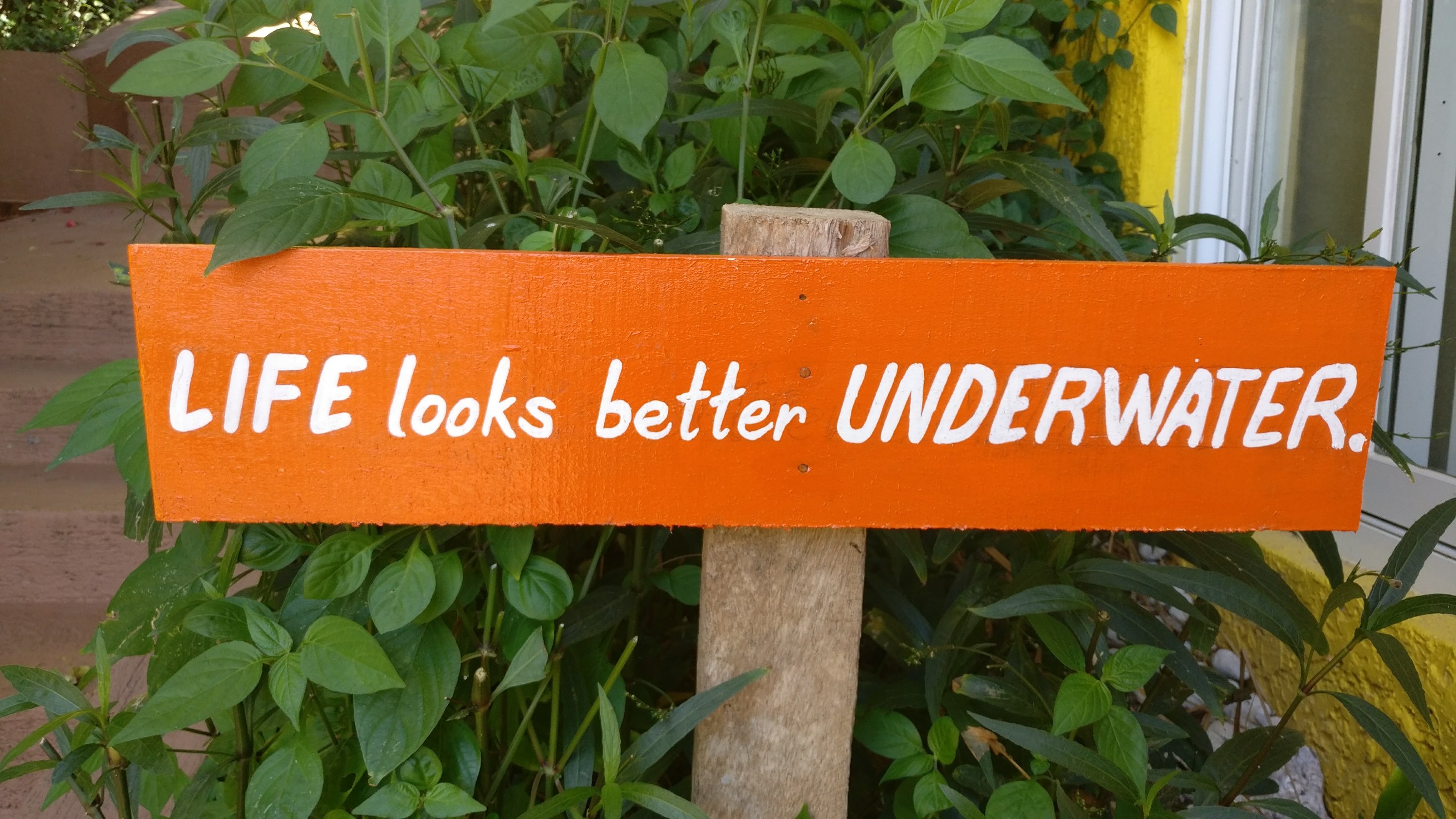