By Holiblog Contributor in Uncategorized on November 27, 2016

​We’ve moved around the south eastern perimeters of the south ari atoll visiting a plethora of thilas  (underwater plateaus about 5m) which that Bad Boy El Nino has ripped through with devastating effect. Although there’s loads of sea life the coral is mainly broken and bleached. There have been a couple of sites though, where this hasn’t been the case and they were beautiful. 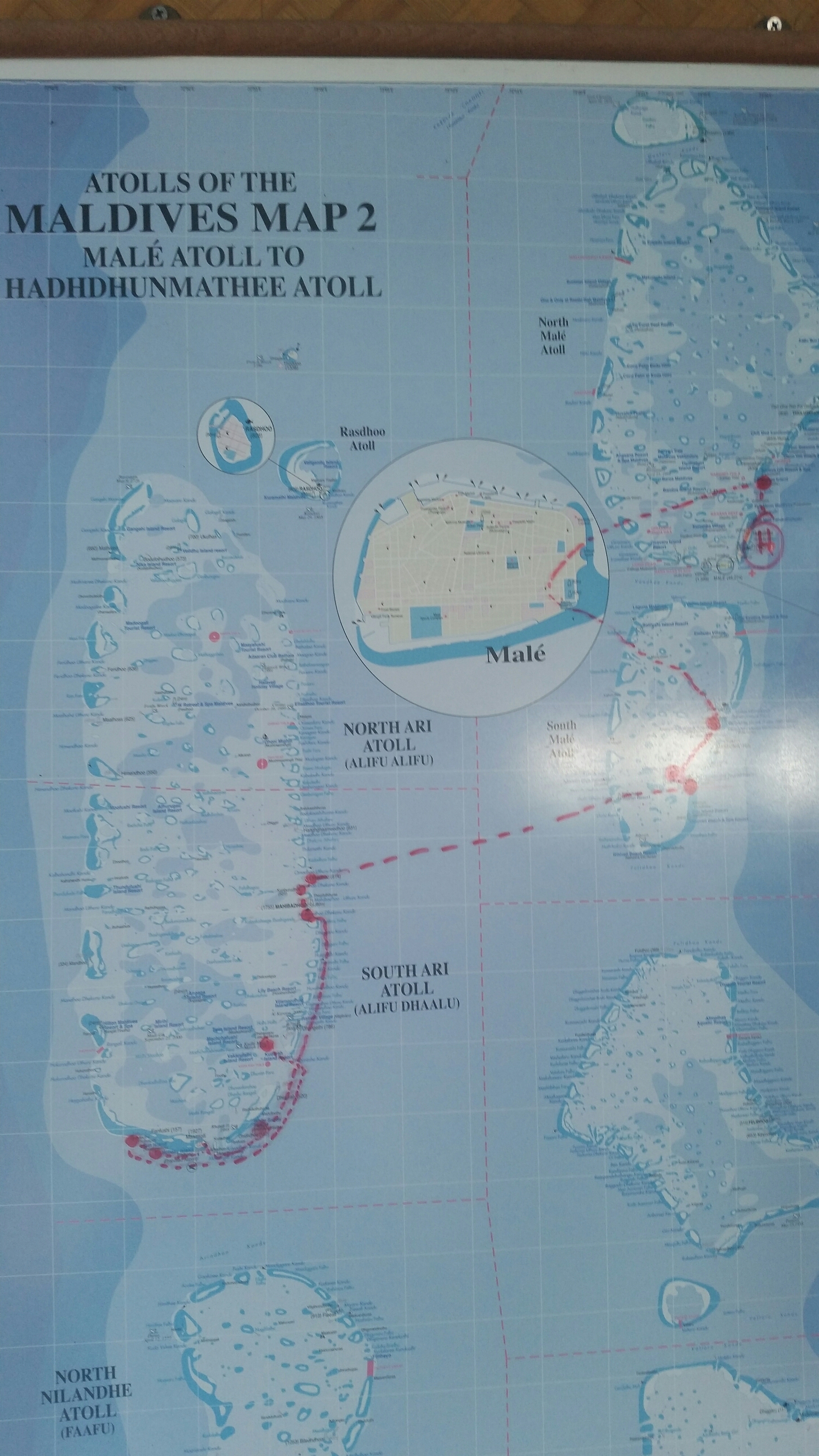 We all elected to forego a beach bbq for a bit of shopping on one of the islands. From the “square” in the middle you could see the Indian ocean. (Chairman’s  note – In all directions!) Lovely 🏝

(Chairman’s note – The island is blessed with may retailers of tourist tat, but not a single off licence. Disastrous!!!)