By Holiblog Contributor in Uncategorized on September 22, 2017

After a good nights sleep we went straight from T2 to T3 to be at our departure terminal. Having failed to locate “subway” for a breakfast bap (we left a perfectly operational branch of the same establishment back in T2) we ended up at Burger King for a breakfast which was mediocre at best (Jo said ‘disgusting’ so bad she made me eat it)

After that, knowing that we still had a moment to spare we went around the butterfly garden where Jo was immediately attacked by a ferocious looking beast! 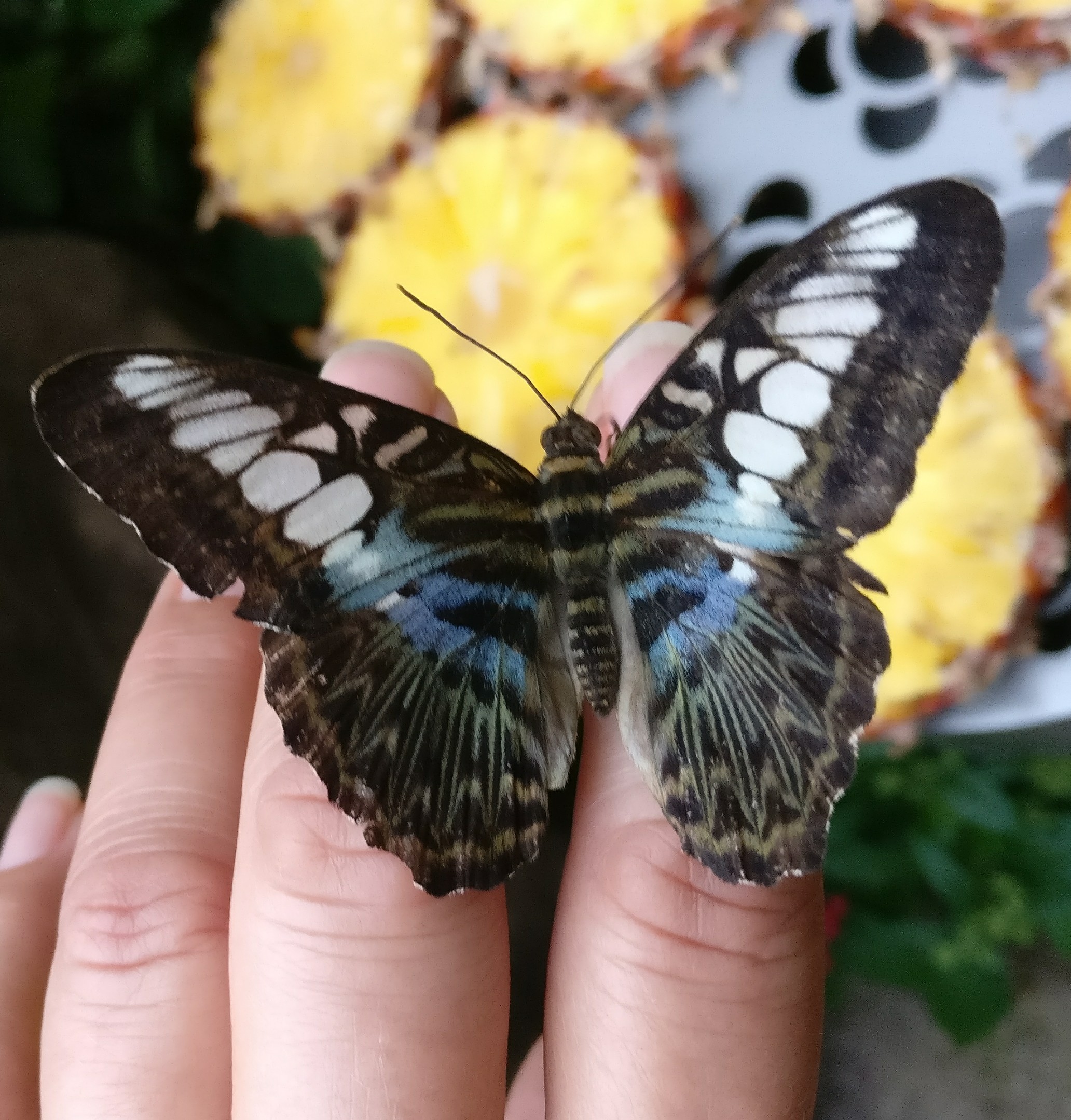 Finally managed to shed the beast!

The flight back from Singapore was smooth and uneventful. The extra legroom we treated ourselves to was lovely, they served Old Speckled Hen in tins and the food was surprising good. The practice of watching six movies back to back made the 12.5 hours fly by (see what I did there?).

Having spent less then 20 minutes in the house we headed out to Selsey to enjoy BBQ feasting 🍔🍗🌭🍲🍝🍜🍛 with friends before finally giving in to the whole sleep / Jet lag thing and were asleep shortly after 9.00pm.😴😴😴

So there I am, 03.30am and wide awake 😱 I give it another 20 minutes but it’s no good, no more sleep for me it would seem. The good news being that I have completed most of the holiday unraveling, got some washing on 👕👙opened my post 📥📩, dealt with all emails 💻 and am now awaiting the awakening of the rest of our party (who seems to have less problem sleeping than I do) 💤💤💤💤💤💤