By Holiblog Contributor in Uncategorized on October 26, 2018

Didn’t sleep too well last night, was it the excitement of coming home? Probably not.

Here’s one from yesterday: 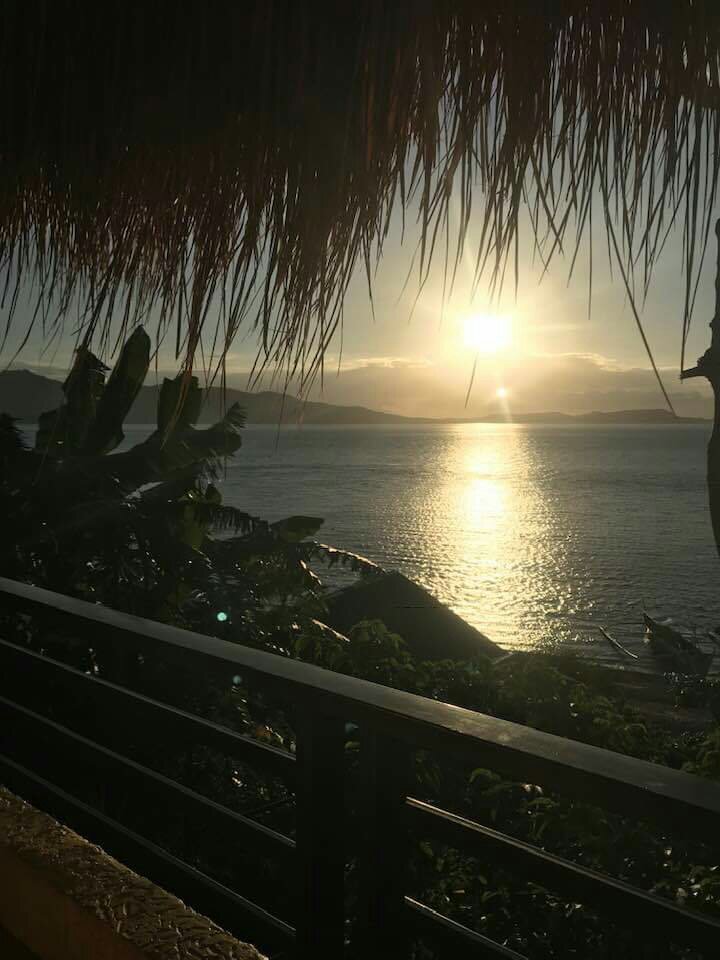 Took breakfast with Darrel and Dianne and then pushed all the camera gear back into it’s case before we commenced the process of goodbyes. They are off diving this morning at Coconut Point and will probably not be back before we leave. 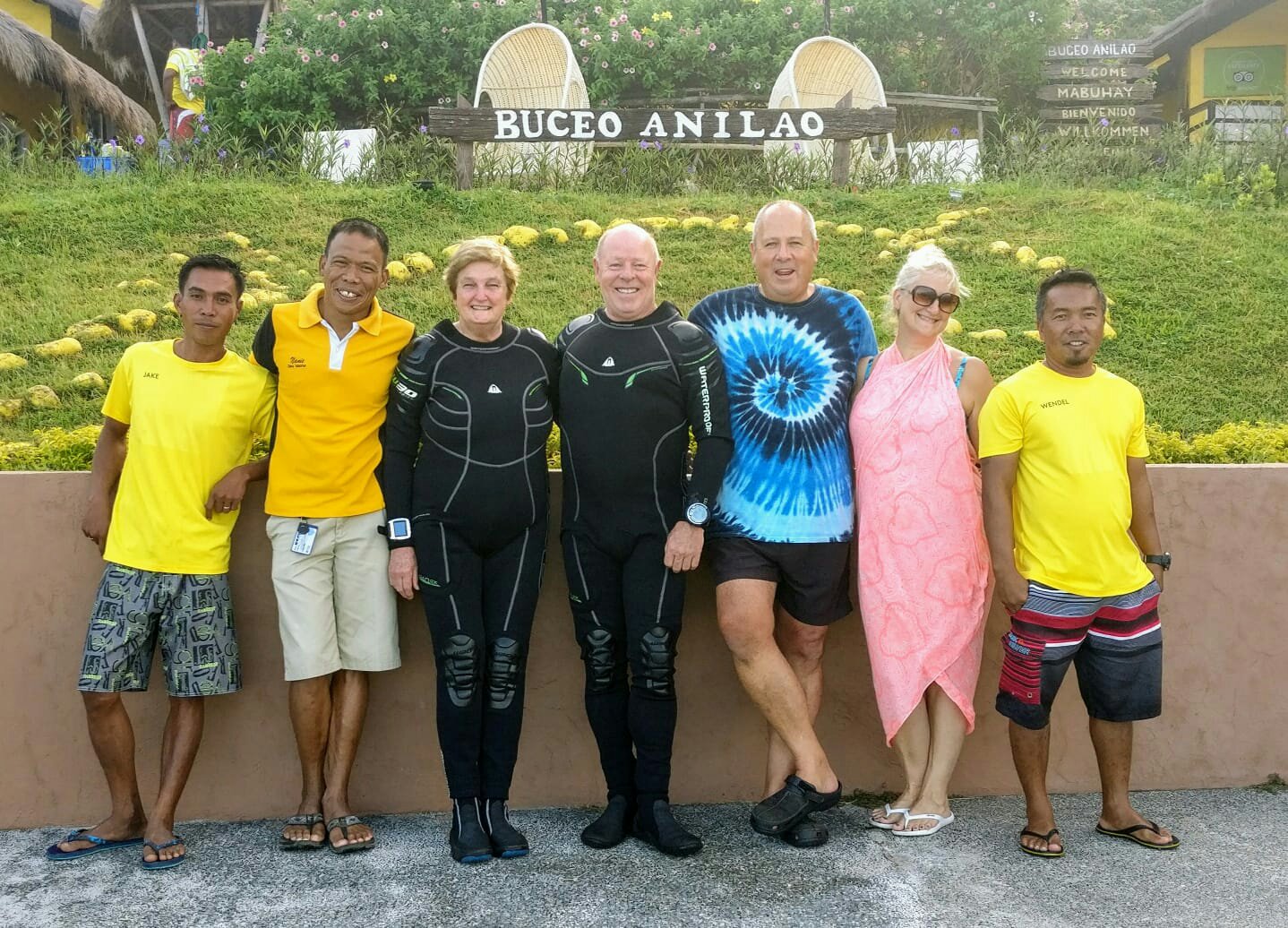 Here’s their (was our) boat just before they set off: 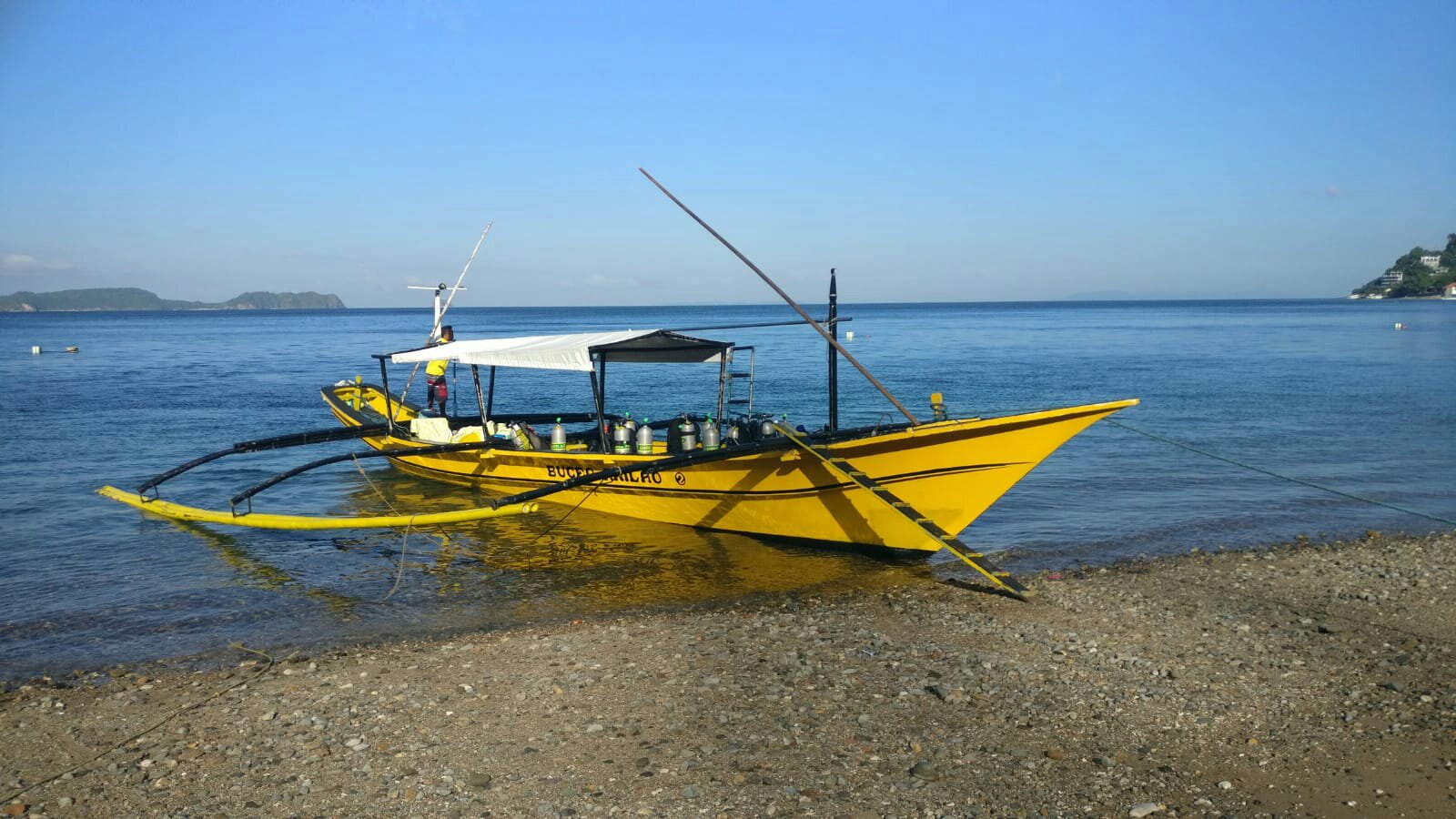 We are now bobbing around in there pool as we wait for the inevitable pickup. 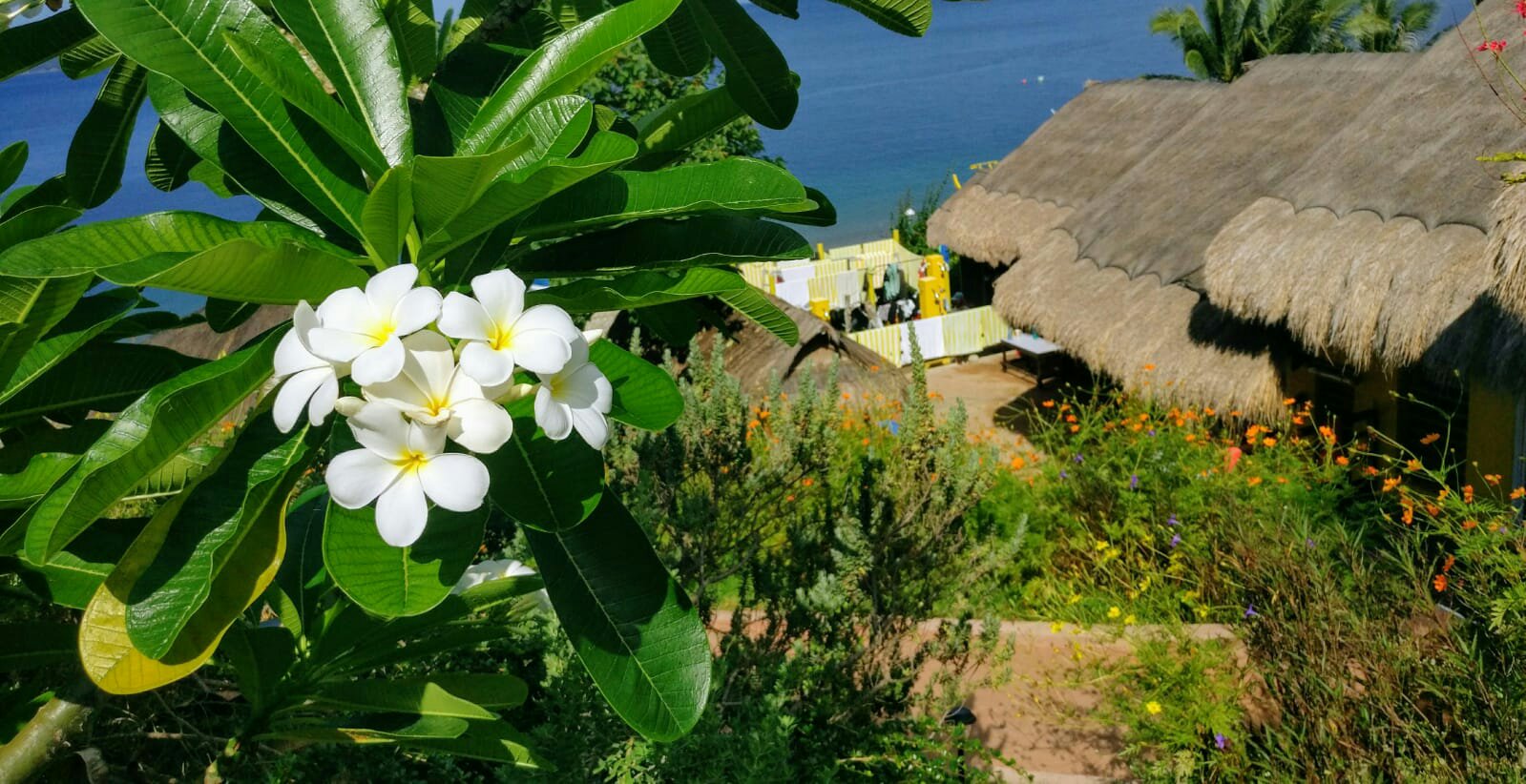 Some random pool shots, I was about to take a picture showing the empty pools but a guest just jumped in and shattered the peace! 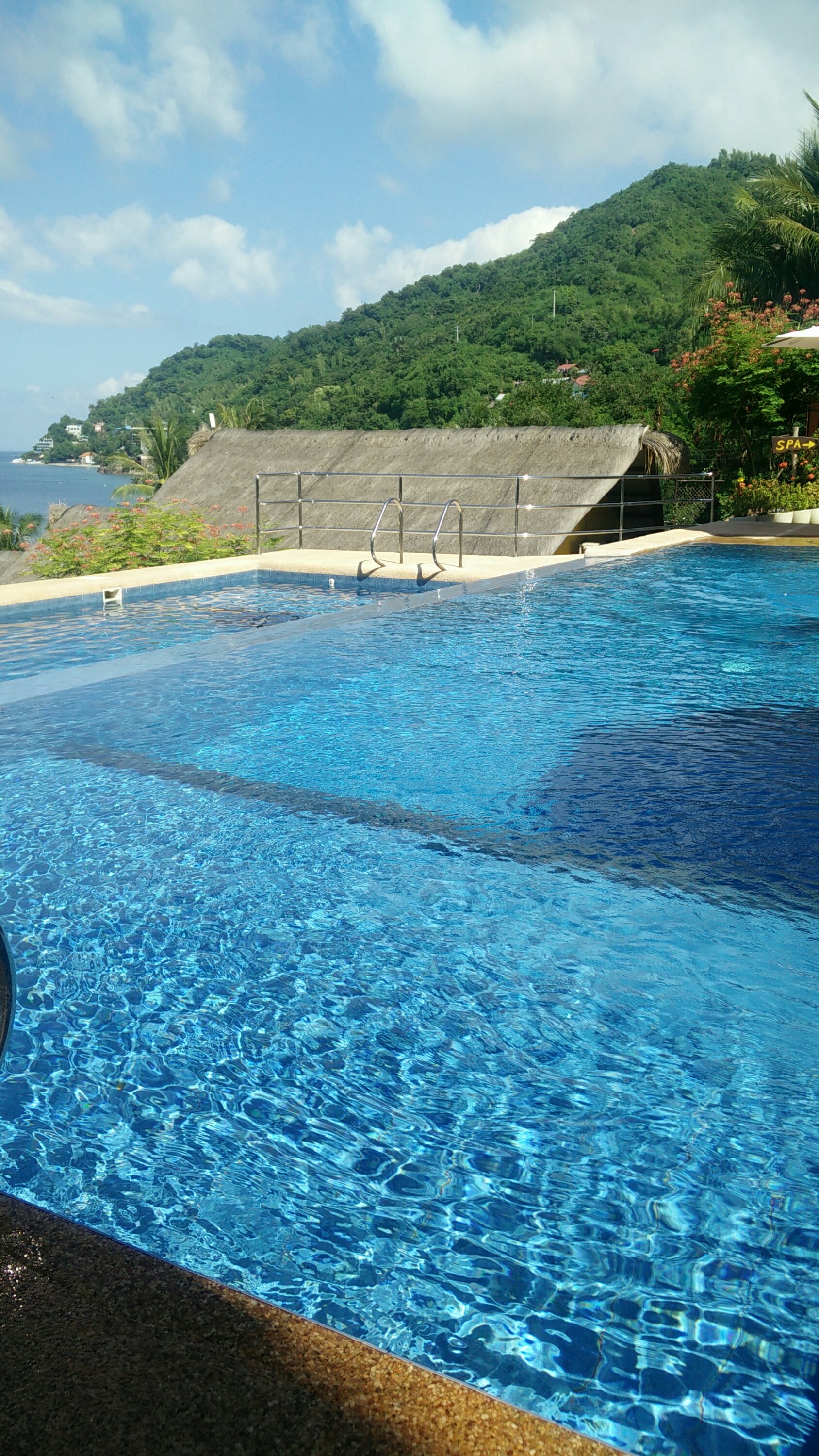 All packed and ready to roll.

Just got no boats to take us, what a shame. 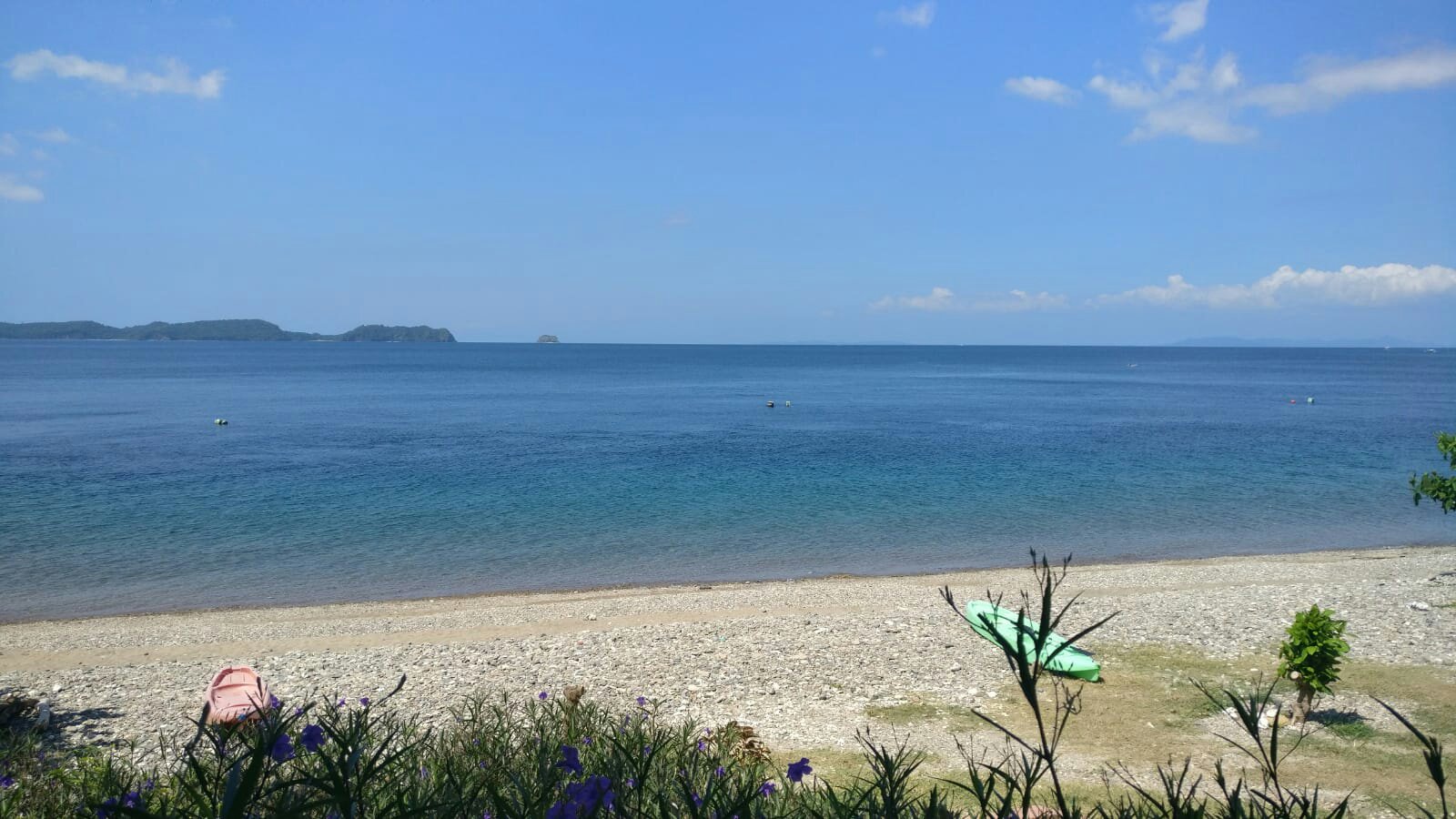 Disappointingly a boat turns up and before we know it we are whisked away around the corner to meet the van for the run up to Manilla. 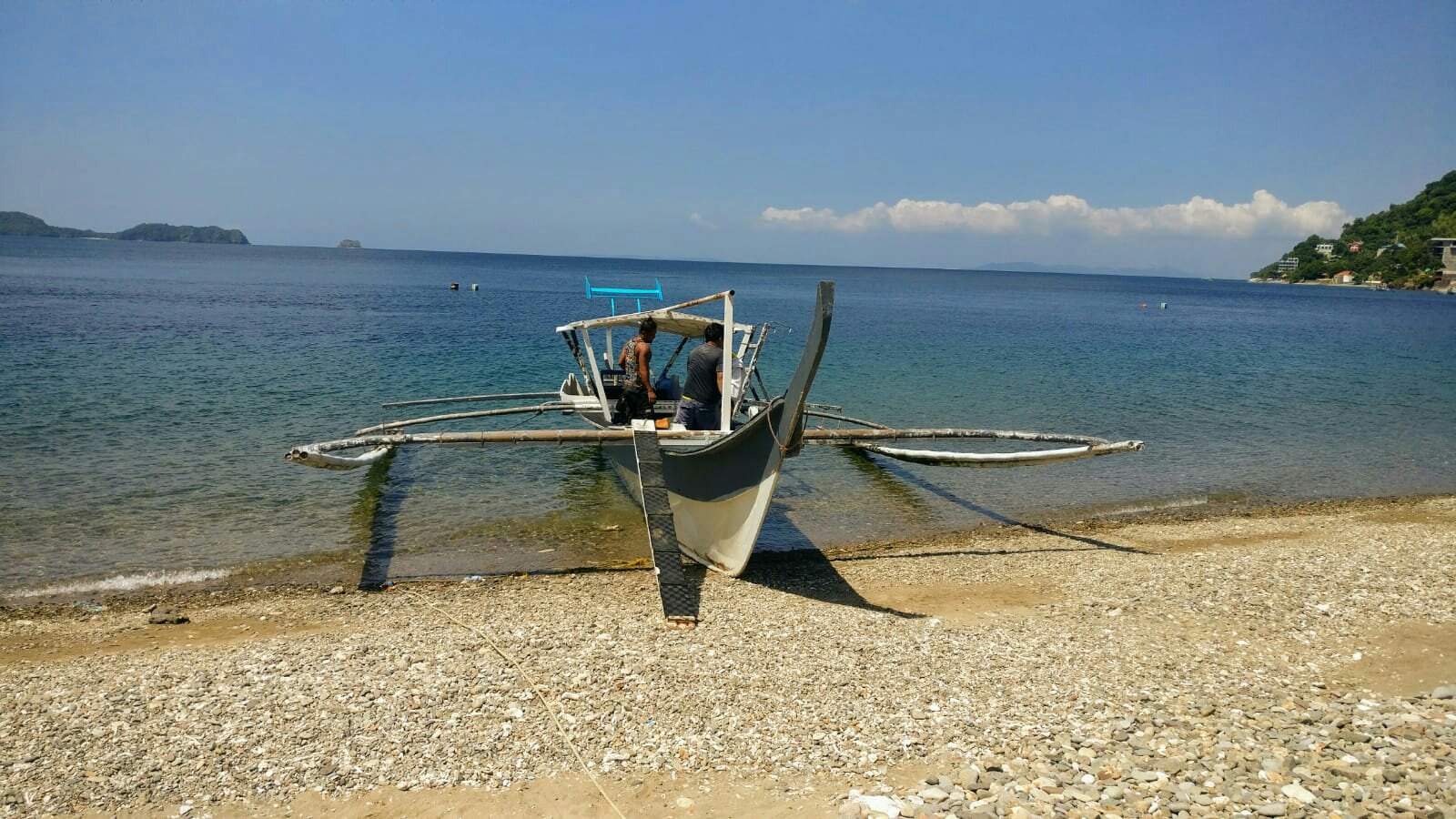 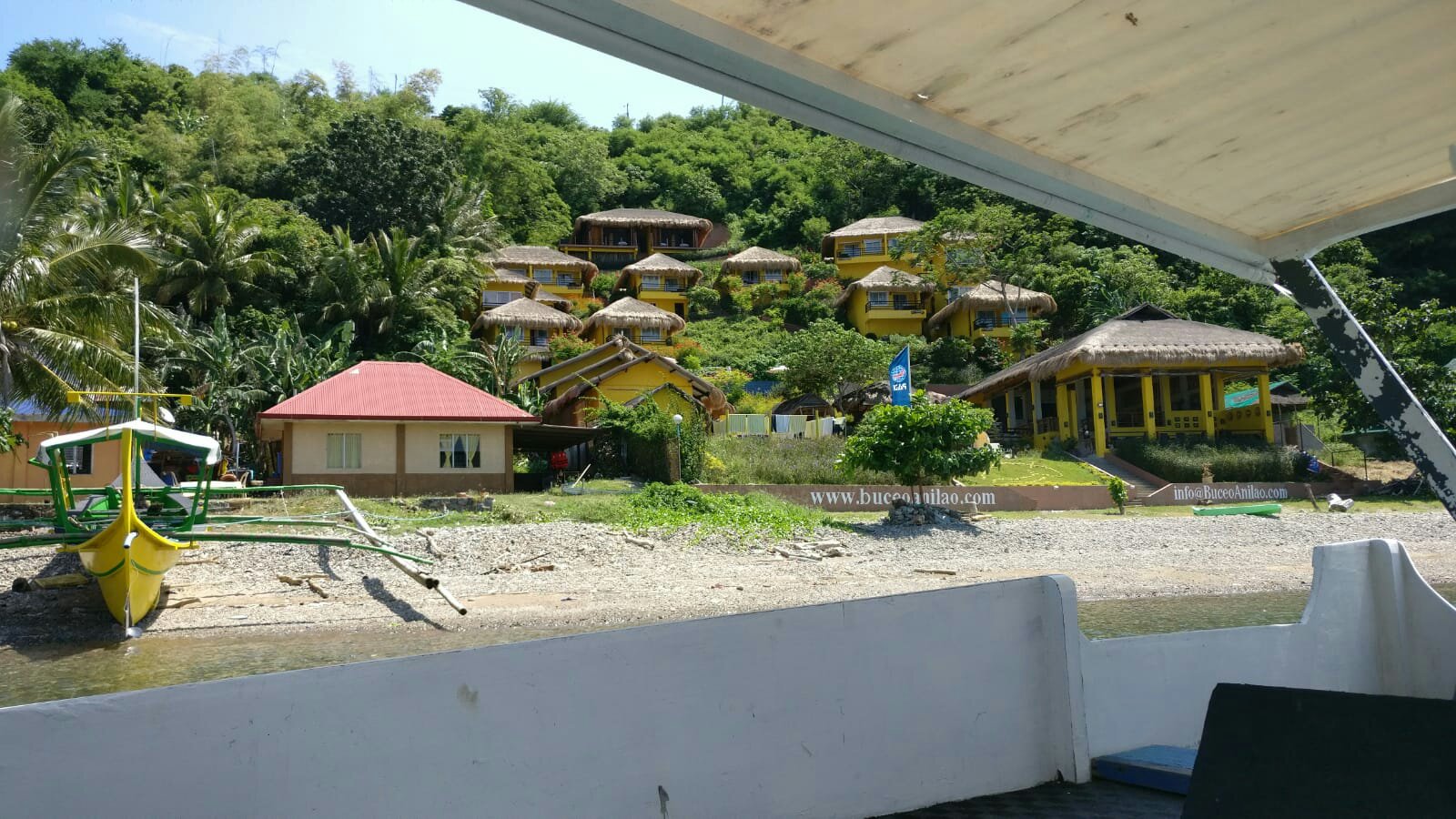 The traffic through Batangas was properly bad, so much so that our driver did a U turn and then took us on a cross country route which is always a worry when you have a plane to catch.

As it turned out, after about 15 minutes we were on the expressway to Manilla. I use the word express with some reservation, there were indeed moments of express ness, there was one, sometimes two and occasionally three lanes. All of which appear to be fair game for overtaking, undertaking and general Formula One style antics and our driver was quite the Shoemacher.

This continued for about an hour before we meet the snails paced queue that is clambering to pay a toll to get on the Skyway. After much barging in and general over assertiveness, we are on our way and before long we are at Terminal 3, Manilla International Airport.

The next game is to get past security checks and in to the check in lounge at the Emirates desk. Well, we loaded up on water before we left and we were given more water as we finally departed so it was considered a good idea that at least one of us found a rest room whilst the other held position in the queue. It turns out that to move around the airport it is quite handy, in fact essential to have your boarding pass to hand, this Jo did NOT have so, some blagging ensued, a short series of questions later she is allowed to pass. At which point. I take the baton (armed with my boarding pass). By the time I return to the queue I am disappointed to discover that it has not moved.

Shortly thereafter however, progress is made. We check in, under weight again (hurrah) and then make our way to departures.

For those that remember, we end up at the same eatery as we did on the way back from the Moal Boal / Sangat trip. It has not improved but provided lunch which we did not have time to get before we left Anilao.

Another update, another time zone, descending in to Dubai, been a long day ZZzz…

Dubai airport probably my least favorite airport, unfair and probably only because I have only ever been here in the middle of the night with a distraught body clock. 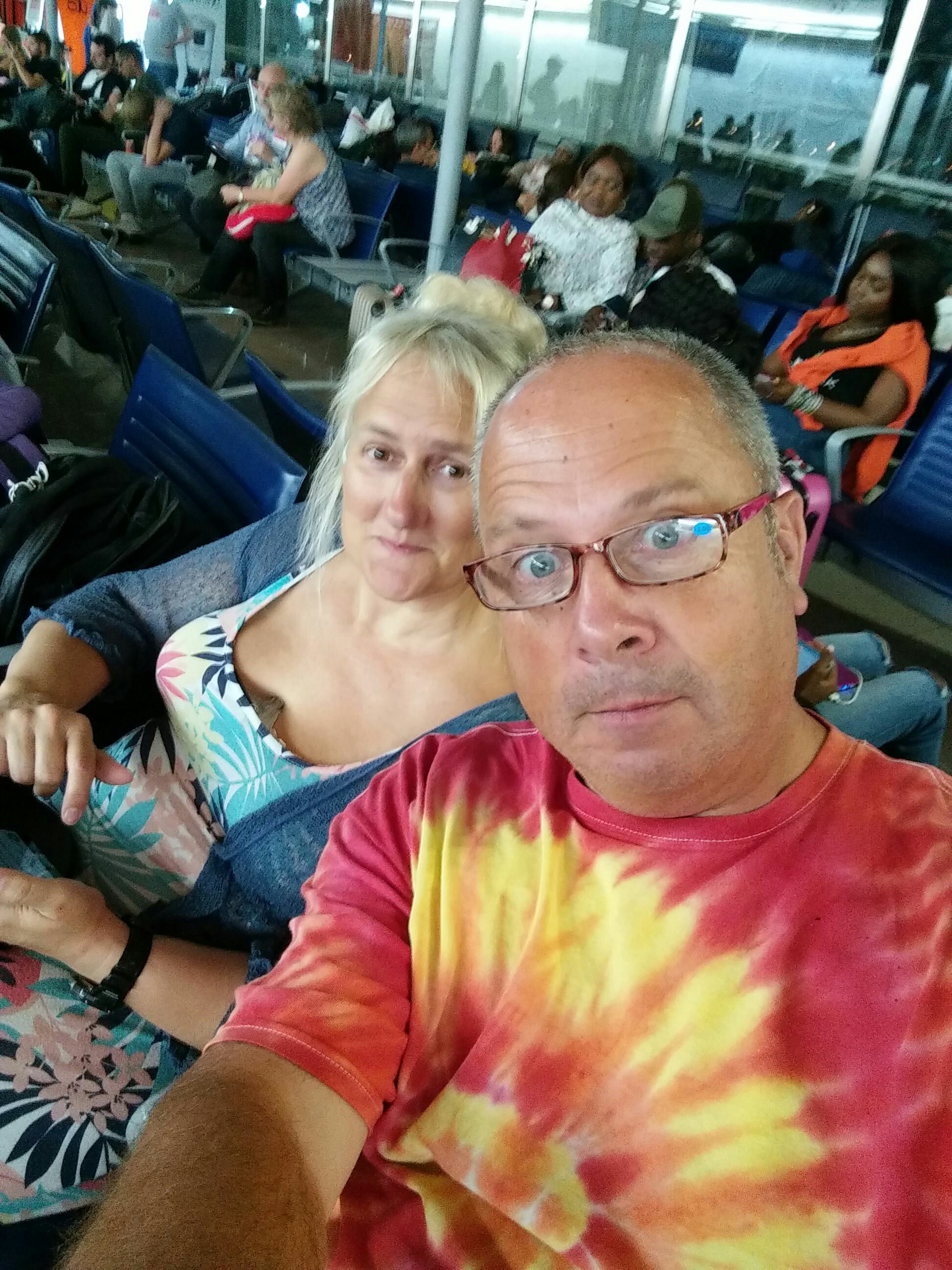 See what I mean!

Having enjoyed the 2 adjacent seats on their own near the rear of the 777 from Manila we were not looking forward too much to being joined by another as the 380 from Dubai does not usually support that configuration. Result, we are upstairs near the front of the aircraft where it’s just the two seats on their own, we like that a lot. Not only that but the Loo’s are mahoosive, room for a party of several!?!?

Back home now, Saturday was a blur, in and out of sleep, completely knackered, woke up early this morning only to realise the clocks went back so an additional hour of lost sleep….. And what’s happened to the temperature, 3 degrees F.F.F.F.F.sake!

Additional, here’s one of our friends Darrel and Dianne after their last dives. 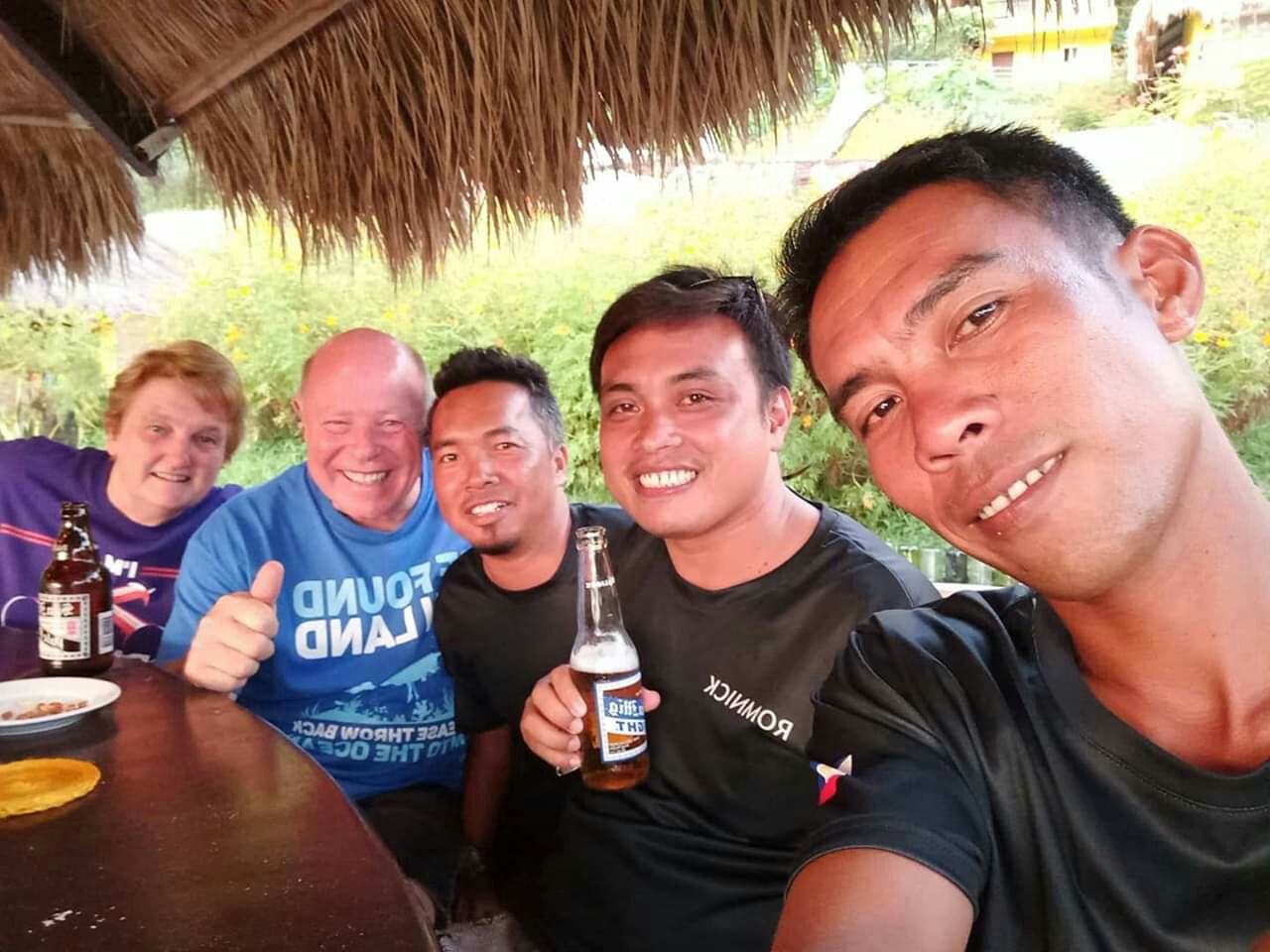 What, run out of Red Horse?