By Holiblog Contributor in Uncategorized on October 14, 2018

Outside, a very calm morning. Sea is almost mirror like. 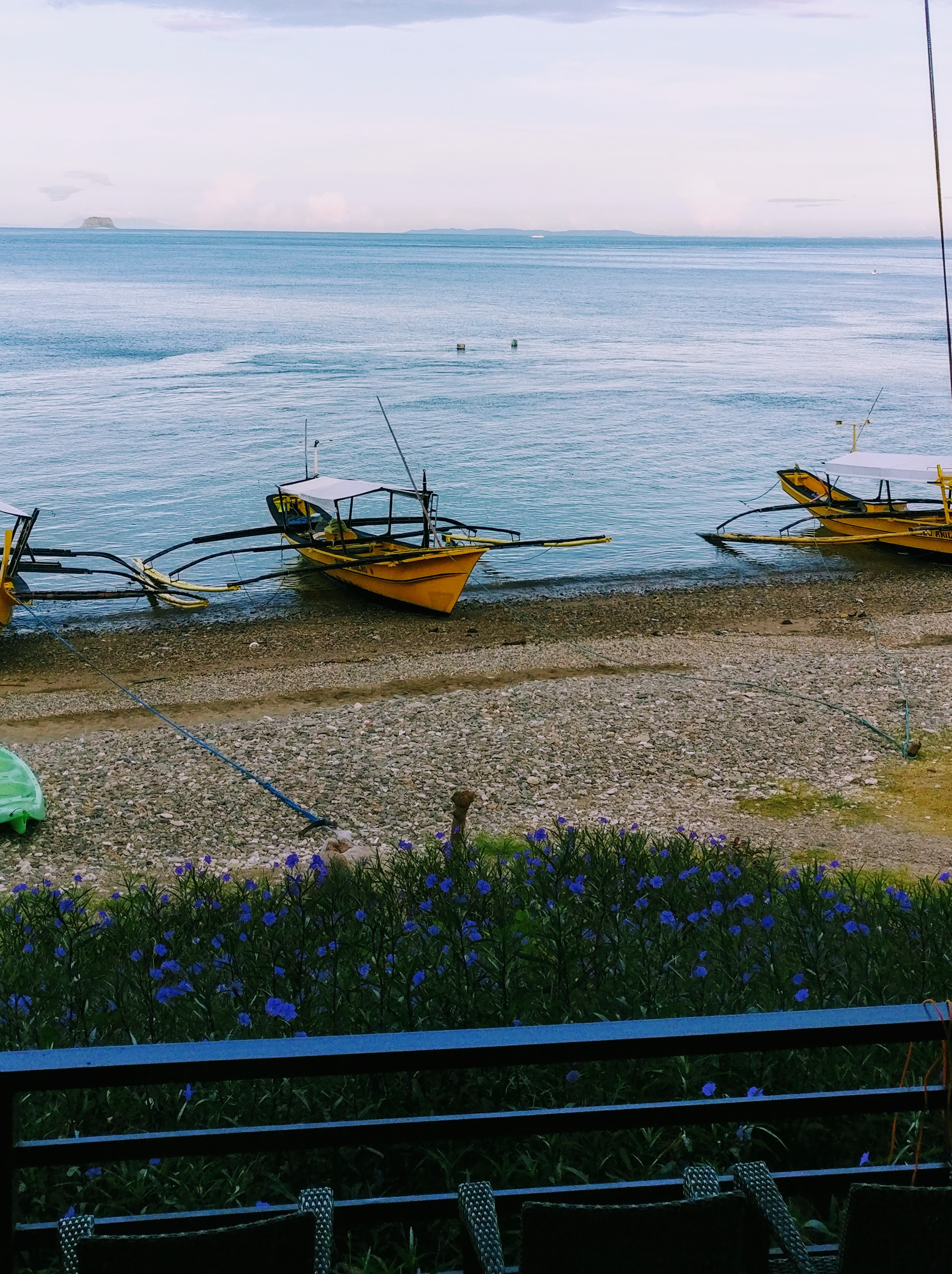 Inside? Not calm at all. Remembering that breakfast is from seven and that the alarm goes off at six, I, incorrectly, had in my mind that I would have enough time to do all those things a girl needs to do before ambling down to a relaxed breakfast.

Here is a quick recount of what happened in our room.

Just made it to the restaurant in time for twenty past six.

(It would be nice, if for once, breakfast wasn’t ready, but it was!)

Now, who would have guessed that after breakfast and camera stuff we would be at the dive centre 45 minutes early?

Shocked to my core! Didn’t see that coming…

Out on the boat again. This is a picture of us leaving the resort. 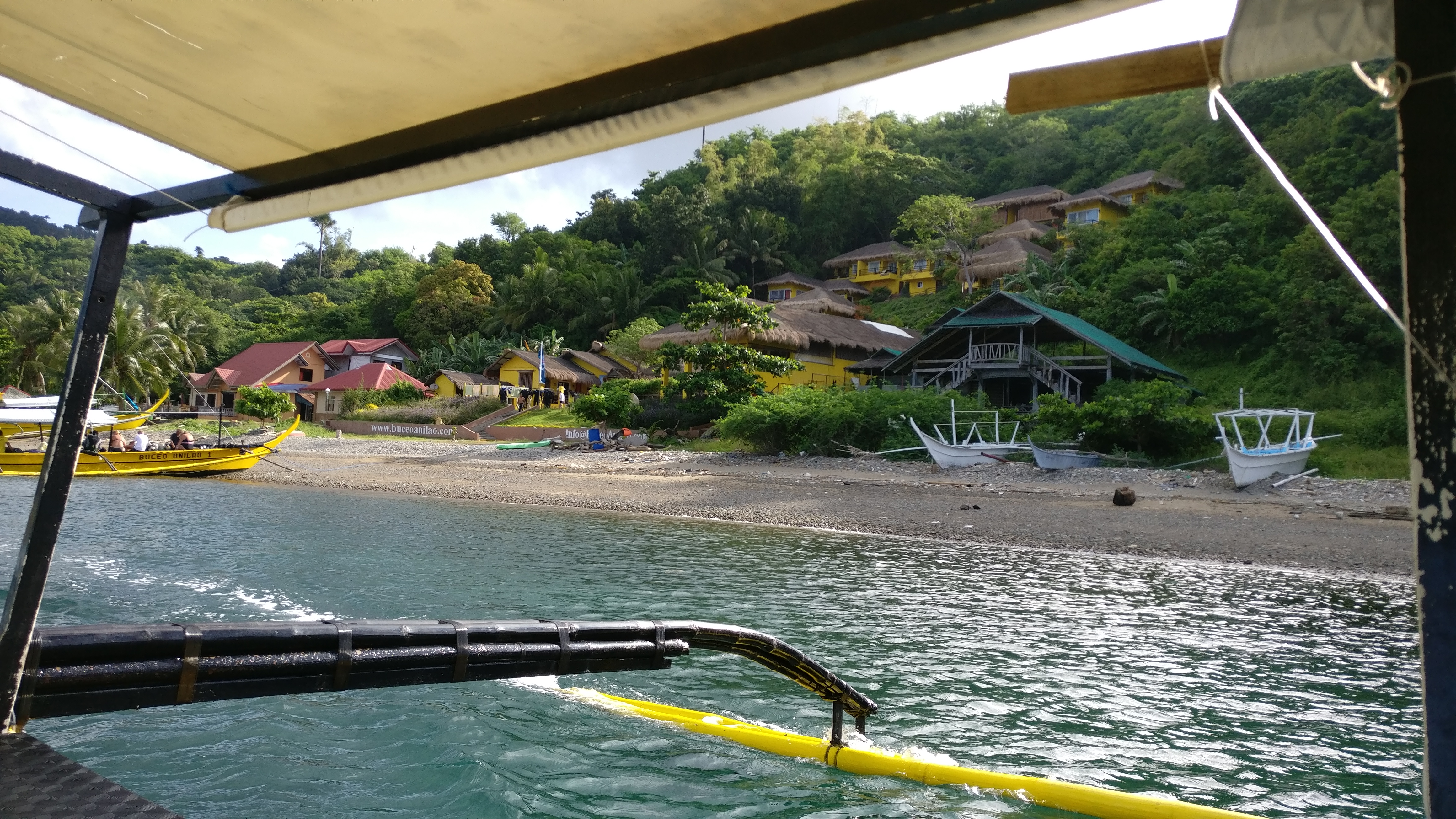 Wonderful dive. Amazing topography. Two huge pinnacles, going down to the ‘danger zone’ at about 30 metres.

We didn’t make it to the danger zone, unlike Tom Cruise in Top Gun.

We stayed on one side of the rocks, out of the current. Lots of current on the safety stop and whilst getting back to the boat.

Quite choppy on the surface at the end of the dive.

A very good but currenty dive.

A muck dive on sand.

I saw what looked like a whole nest of baby sea hares. Probably about 100. I was so impressed that I called Nanie over to have a look. Don’t think that he was quite as impressed as me. 🤔

Moved on about a couple of metres, saw another nest, and then another. It would appear that sea hare nests are a thing out here. Without any exaggeration, we must have seen over a thousand!!

Oh and of course, a humongous current fish.

Regardless of the current, this was a super dive.

Never quite sure how, in a complete bare landscape, with a huge current, Nanie can get us back to the boat. We love Nanie. 😍😍

Back at the resort nice and early, so we decided to go for a swim in the pool. 33 degrees – Nice! 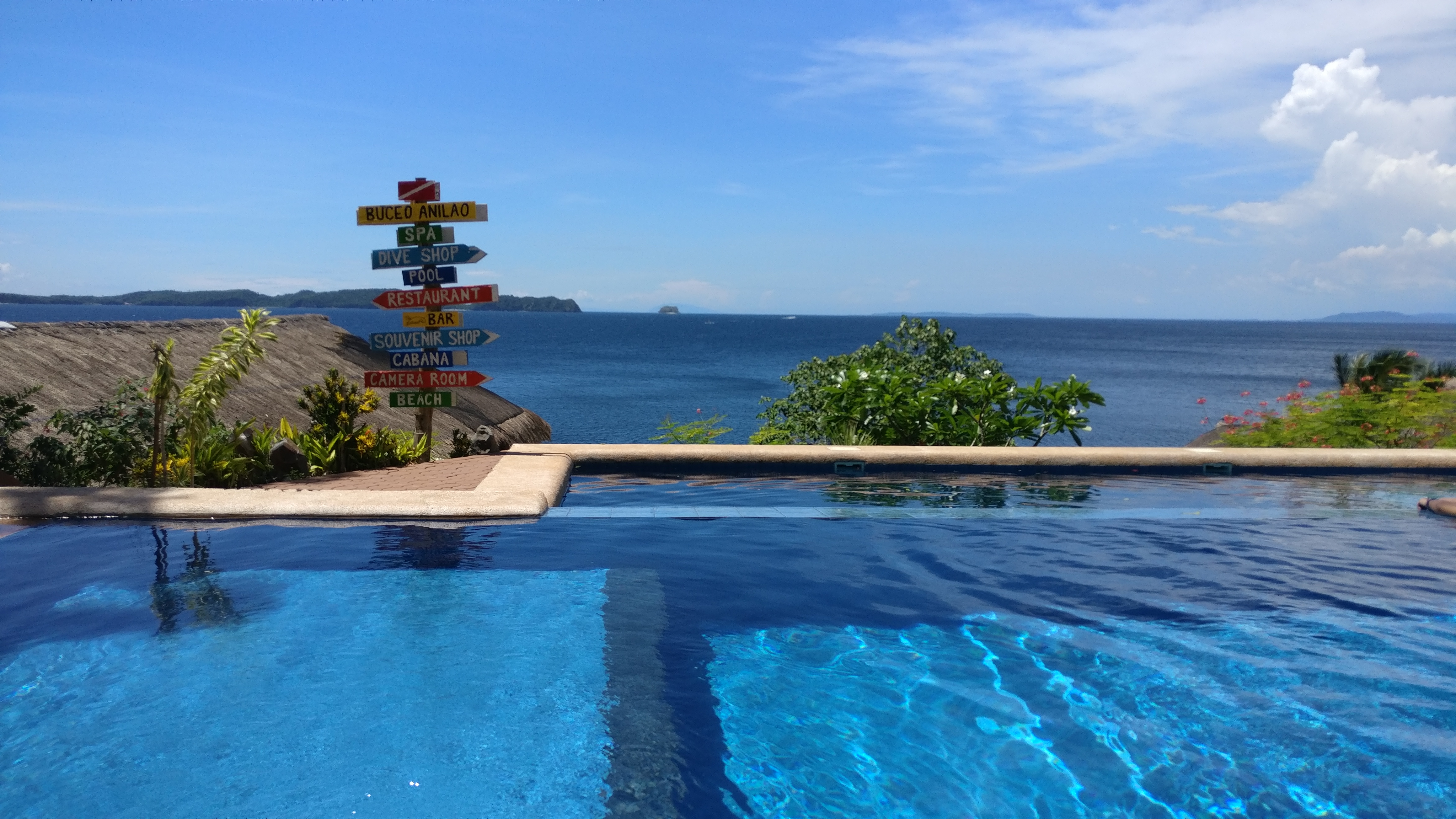 Then back down for a spot of lunch.

Just so you can get your bearings, here is the signpost to all destinations here at the resort. 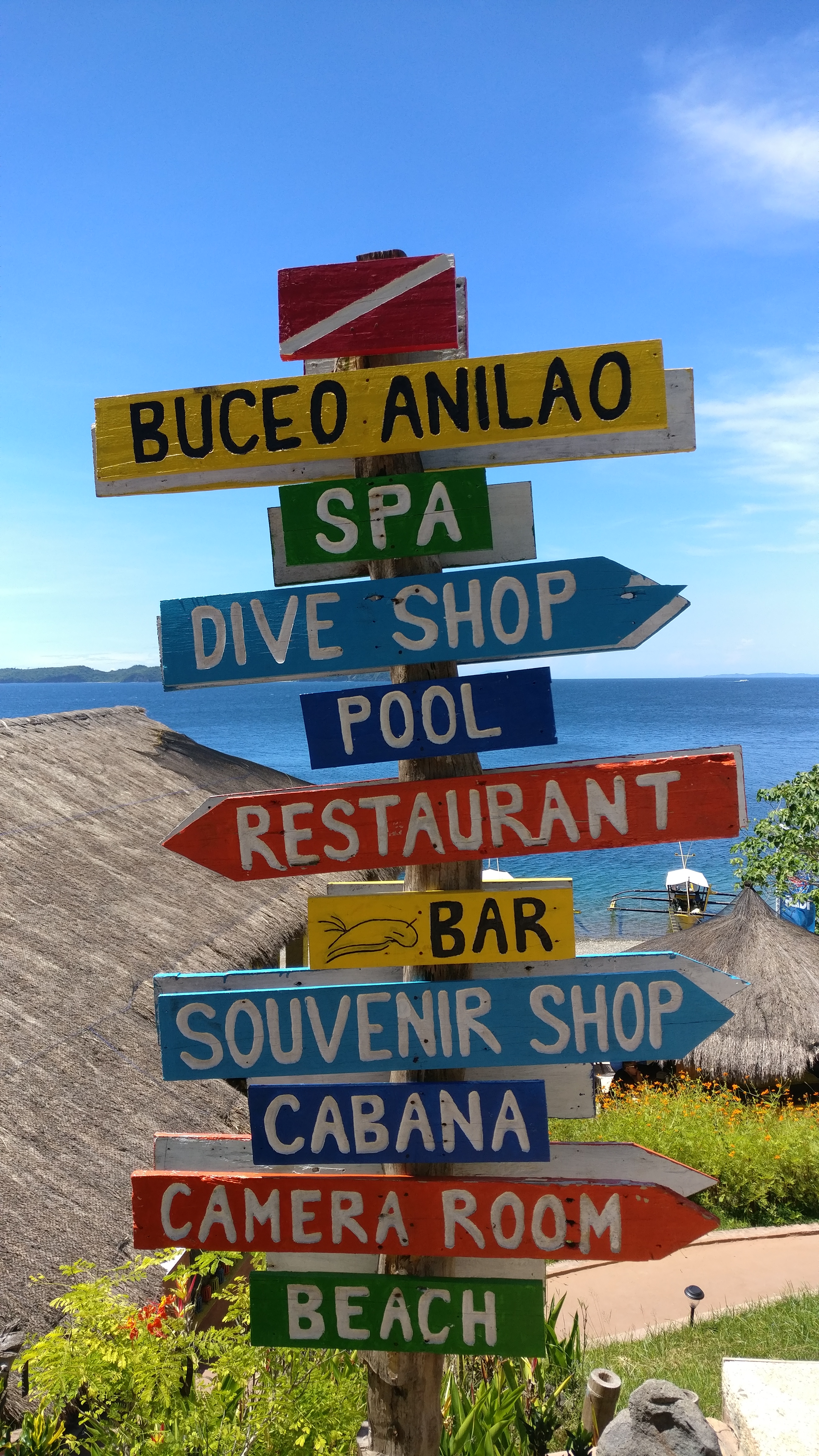 It makes the resort appear bigger than it actually is.

After lunch we normally have a nap. Richard filled the water bottles whilst I went to reception to get our room key. “No mam, perhaps Sir Richard has it…” Back to restaurant, no Richard, up the 10,000 steps to find Richard outside the room. NO KEY! This is middle of the day close to the equator… Back down the 10,000 steps to reception. Got spare key. Up 10,000 steps. In room. On bed… Could we both have developed whooping cough in the last 10 minutes???

Then too bloody knackered to go to sleep!

Just as we were about to leave for the third dive of the day , we mentioned the lost key to Nanie, just in case it came to light. Within in moments it did! Nanie did the very thoughtful thing if checking in the restaurant. It would appear that was where we left it after breakfast.

Coral reef down to about 18 metres then sand with small coral out crops.

Gradually went down, nice bimble, and across the sand, where we saw a huge shoal of wide mouth mackerel (Willy you would have been impressed. It would have filled the Steel Princess) which came in really close but not quite surrounding us.

Lots of the usual suspects to see.

Dusk dive just us two and Nanie on the boat.

Just me with a camera, which I really don’t like. Once I have my camera set up to take very small things, it is difficult to swap to something larger.