By Holiblog Contributor in Uncategorized on October 21, 2018

Less cloudy than yesterday. Sea still flat, not a breath of wind (at the moment anyway, yesterday a proper squall blew through at lunch time which probably had something to do with the yesterday’s 6 minute low vis shenanigans).

Today’s lunch ordering has just been thrown in to disarray as some of our lunchtime favourites have just made it on to the ‘Not Available’ board, Coleslaw and French Fries (we do try to keep our vegetable intake up)

Trying to eat less breakfast today as consumption has been playing havoc with the first dive of the day. I think I almost managed it today, time will tell.

The diving is taking it’s toll on our ears, both of us have had various degrees of pain and blockages but we have still been able to equalise, a probable downside of spending over 5 hours underwater each day. 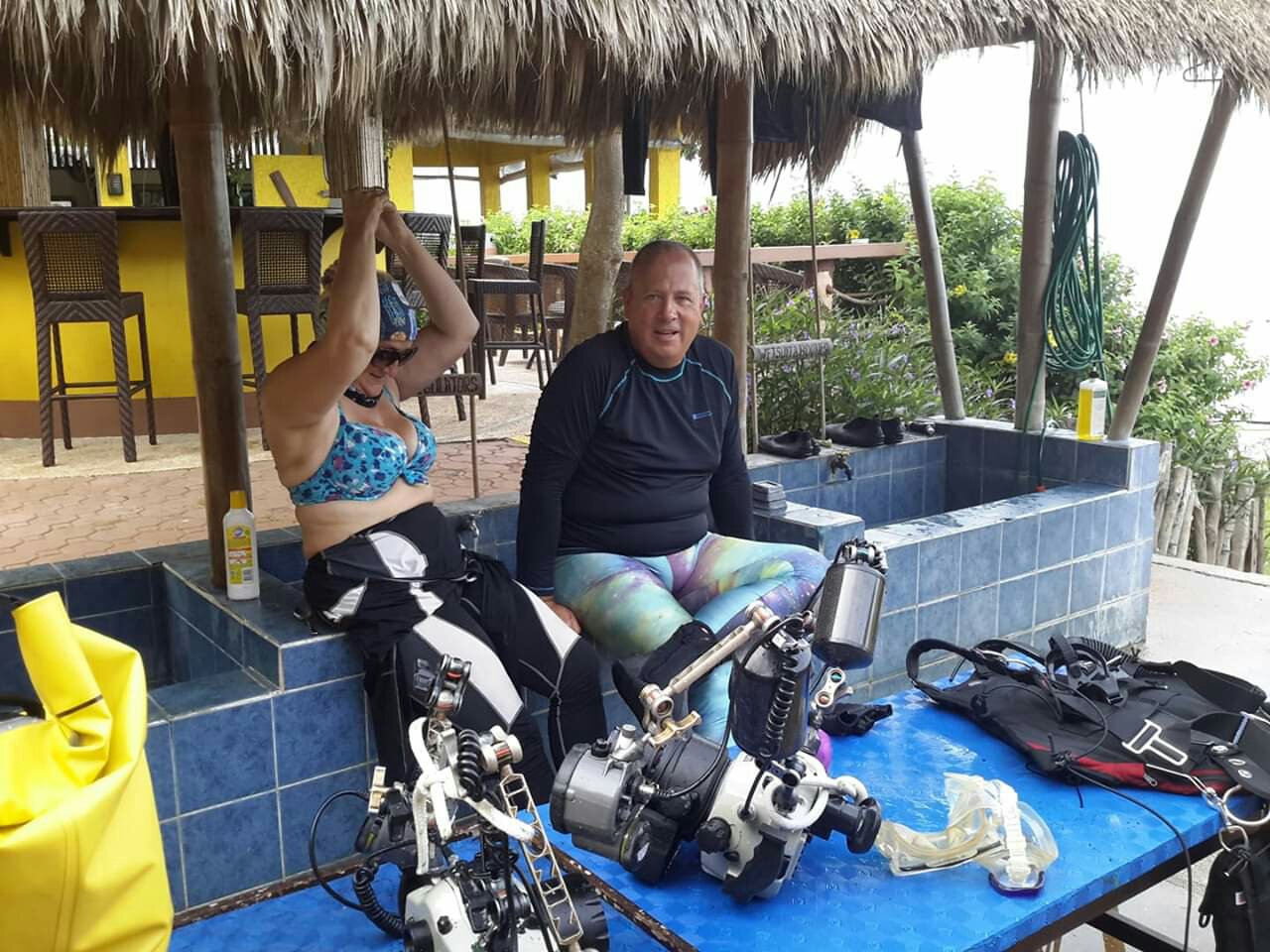 Here we are performing a few last minute checks before departure.

First dive of the day was on Red Rock, so called as it is next to a big splash of red coloured rock on the shore, s major submerged pinnacle with different tiers going down to the sea bed at around 21m. Lots of nudi action as well as a Peacock Mantis Shrimp loaded work eggs. The dive was cut a little short due to a special ops opportunity, stories will follow….

Back on dry land, a quick dip in the pool and now drying off just so we can get wet again.

Next dive, coconut point, starts off with a bit of a muck dive, wet immediately stumble across a couple of Sargassum Frog Fish and a non cooperating sea horse, though the thing is quite happy posing for Jo. Then we head off down to an area full of Hydrozoa where we see several bright pink ‘Princess’ Nudis and a nice flamboyant cuttlefish.

On the way back more nudis and a large banded sea snake (out looking for Jo I believe). 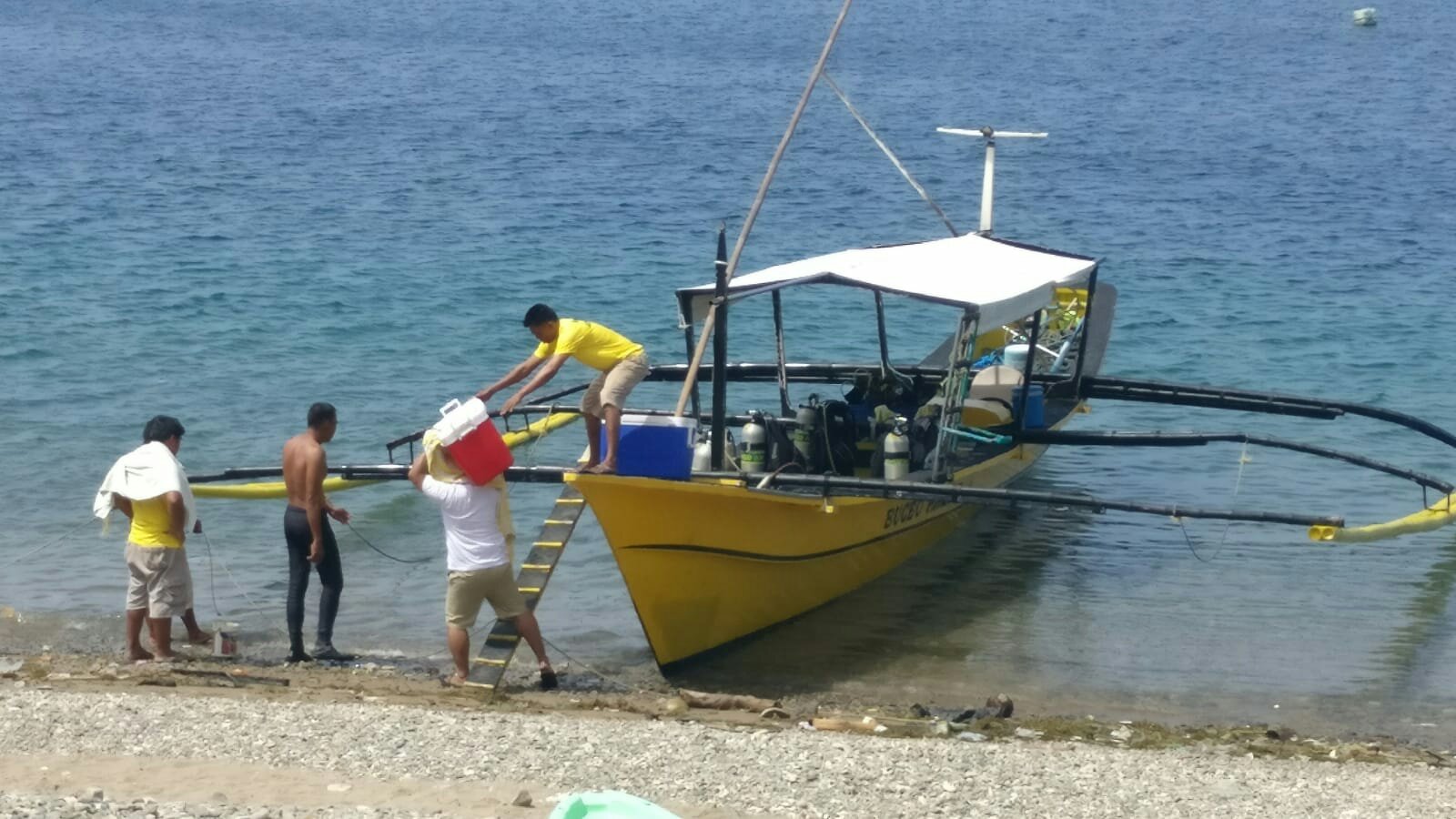 After lunch we visit Arthur’s Rock for a dive where we found quite a few nudis as well as a small current fish.

Something we failed to mention earlier in the week is that we crossed paths with a large pod of dolphins on the way back from a dive on Daryl Laut (the casino wreck) though they didn’t seem that interested in us as they disappeared under the boat.

We plan to take an early night dive so are currently sitting around in wet clothes drinking tea and coffee as it’s just 15 minutes before we get back in. 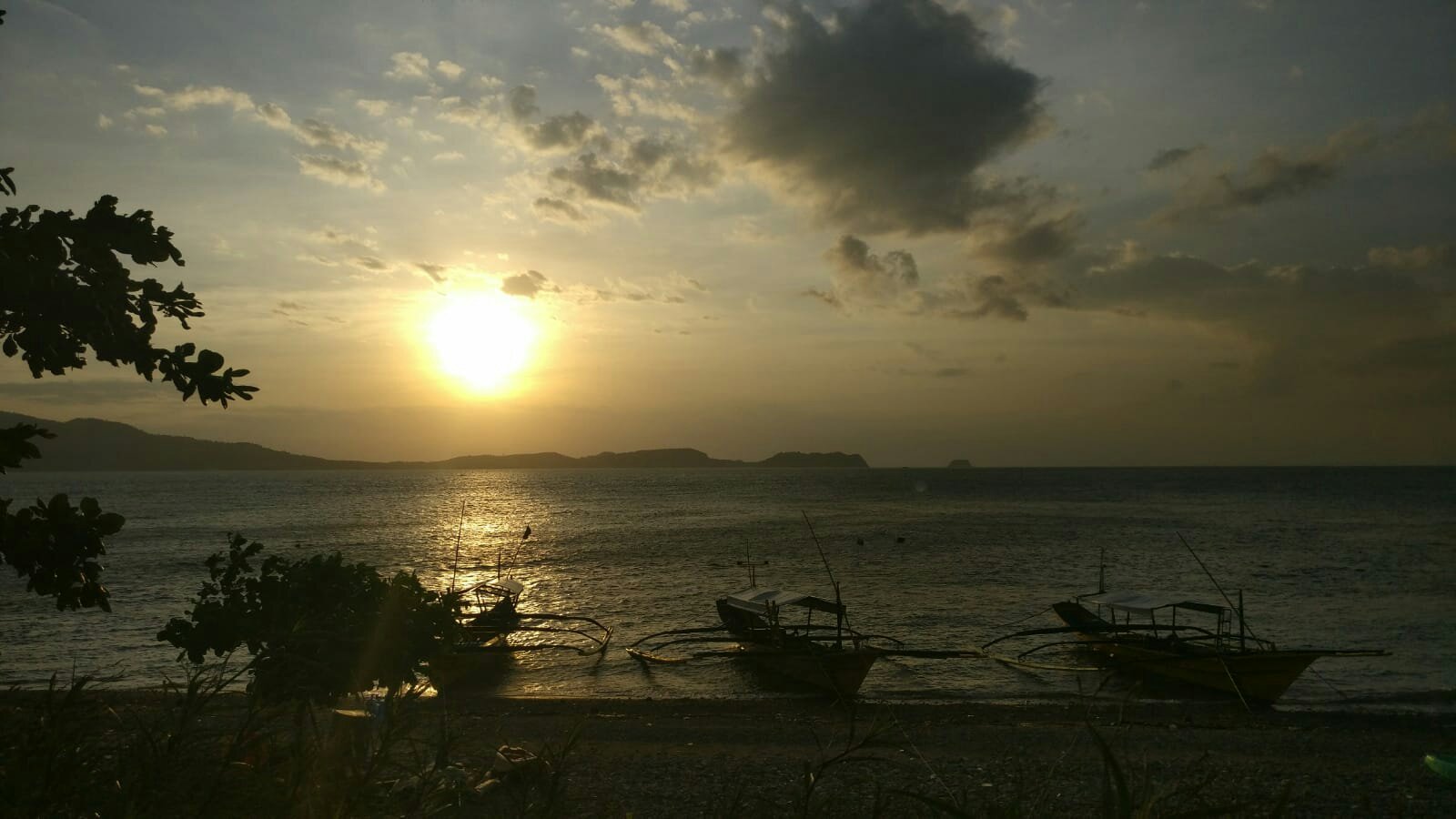 There’s the sunset, must be sunset dive time!

We headed off to a nearby site ‘Vivyre’ which is essentially a sandy slope where the more you stare at it, the more you see. Tonight’s catch included flamboyant cuttle fish, coconut octopus. Bob tailed squid and a whole heap of tiny shrimps and crabs.

Before dinner we sat the bar discussing all things dive holiday related as well as a few that weren’t. One brief topic of discussion involved someone that Darrall knew by the name of ‘Ecenbecker’. Or was it ‘Econberger’, ‘Eggnburger’ or ‘Eggnbaconburger’, still not sure, you had to be there to appreciate the enormity of the moment, but suffice to say, many tears of laughter were shed and we nearly ran out of tissues.

In other related news, another guest very kindly left some money behind the bar for a drink as we had helped him out with bits of kit and other stuff during his dives with us. He came from Argentina, and we thought we had come a long way!

Fresh Mango juice and Red Horse were consumed (though not together, that would be a bad thing).