By Holiblog Contributor in Uncategorized on June 21, 2019

So that was it. An epic holiday but now it is time to come home.

Up at 4.00 to finish the packing, dive stuff all dry now.

We are collected in a minibus at five, and waved our goodbyes to Phil and Annalyn.

The leaving time and ferry had been discussed plenty in the previous weeks. We did, however, opt for an earlier ferry to ensure that Barry and Judy make it to their flight to Manila with time to spare. They are flying an hour or so before us.

We are passing through paddy fields, interspersed with little towns where every shop seems to sell the same stuff.

We spotted a very happy water buffalo, which had been rolling about in mud. It was completely covered head to toe.

After about and hour and a half we stopped for a wee break where our driver disappeared. He shortly returned with delicious hot sweet rolls for us. Top man!

Made it to the ferry terminal in very good time, only two and a half hours.

So a little time to wait. 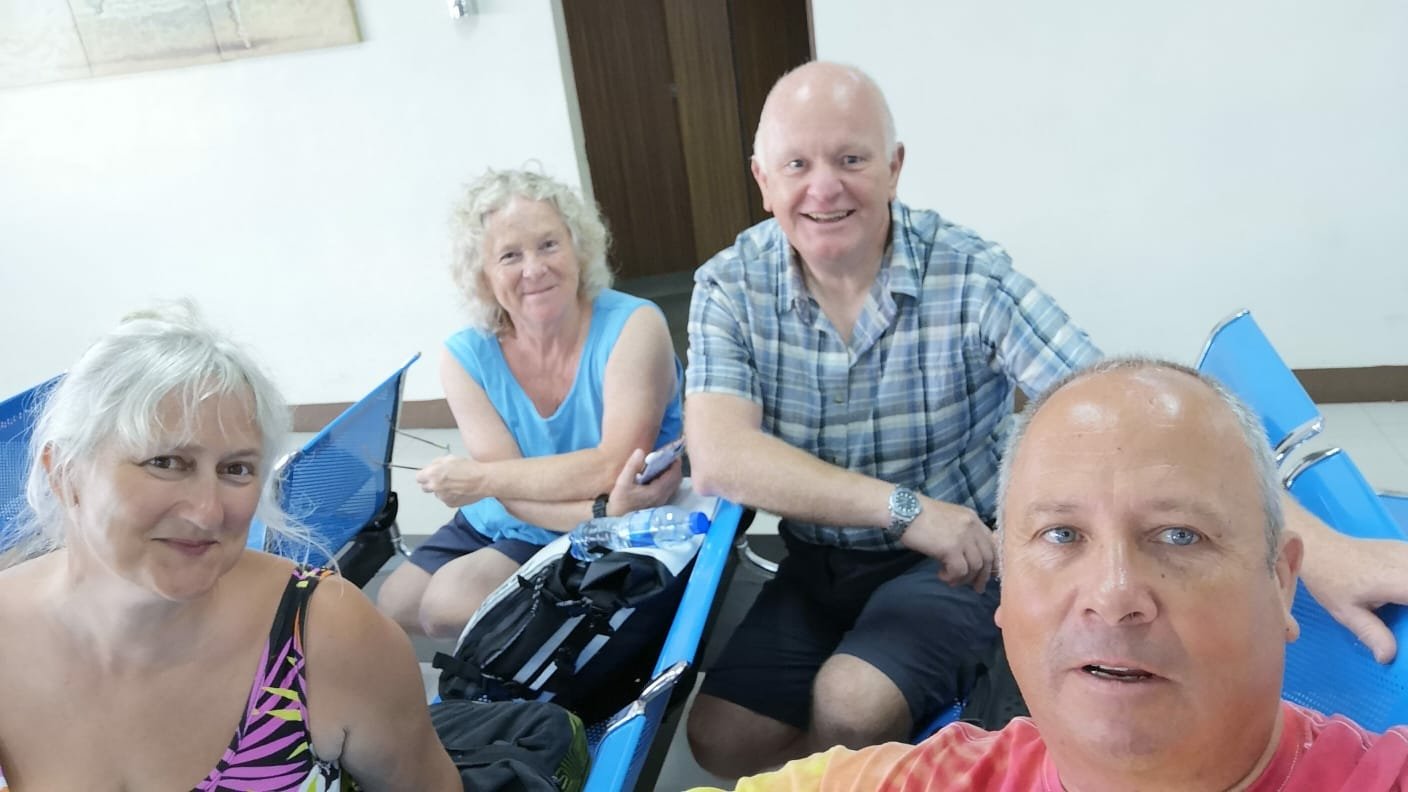 An interesting advert on the telly. Wonder if it will catch on at home. 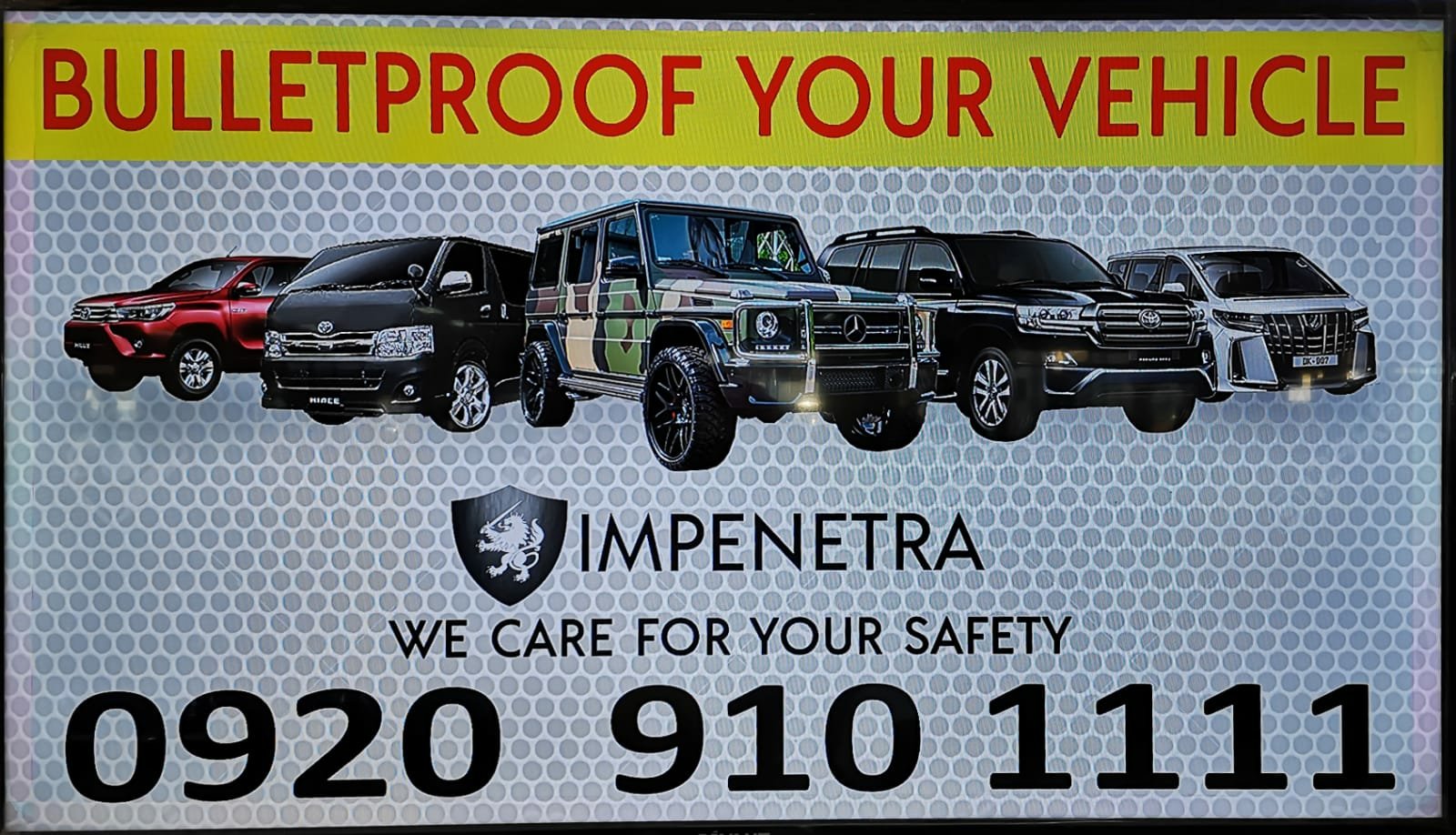 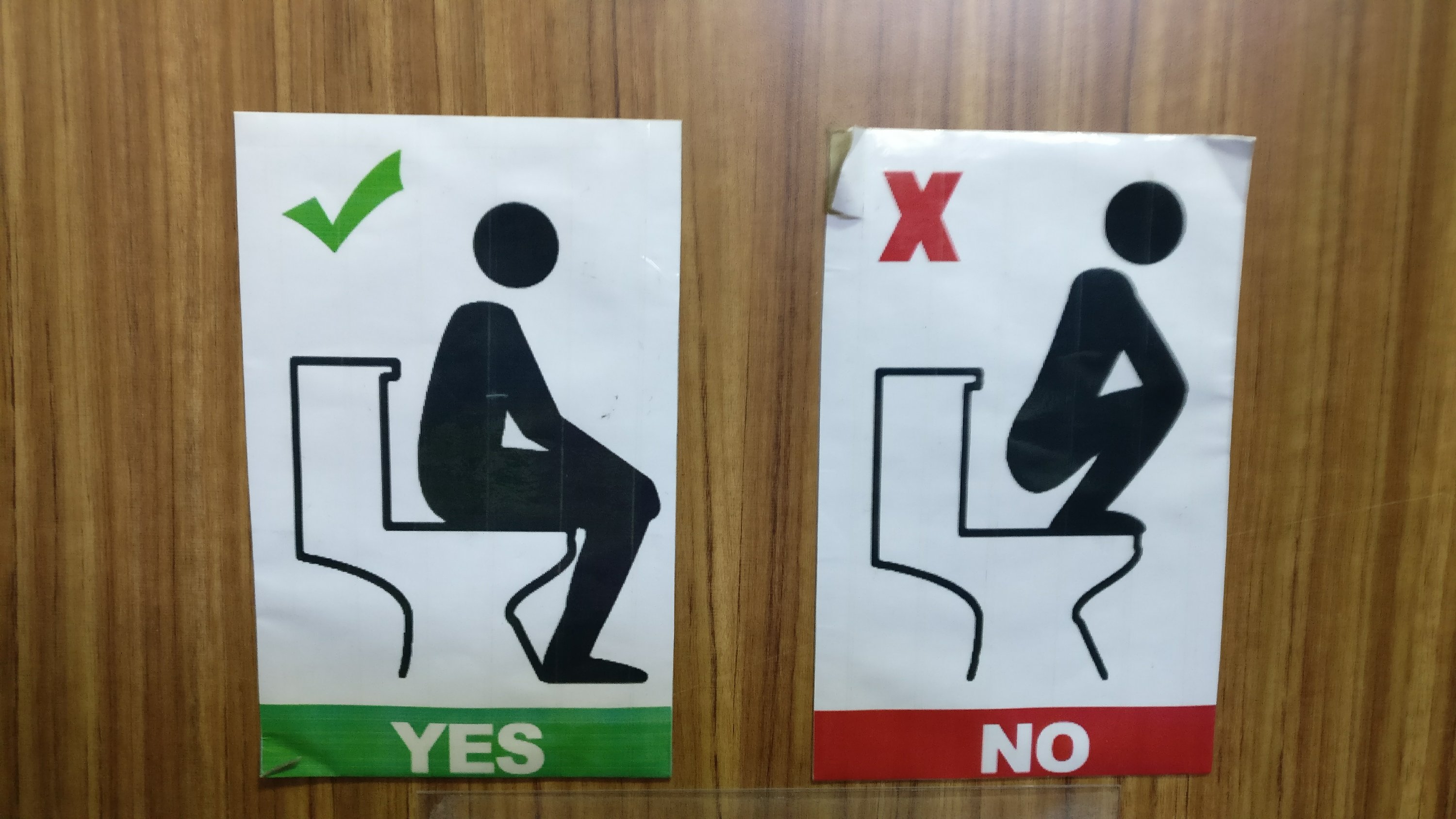 We passed the time by photo bombing a couple of young Chinese (?) ladies selfies. I know childish, but it made us laugh, and them too. 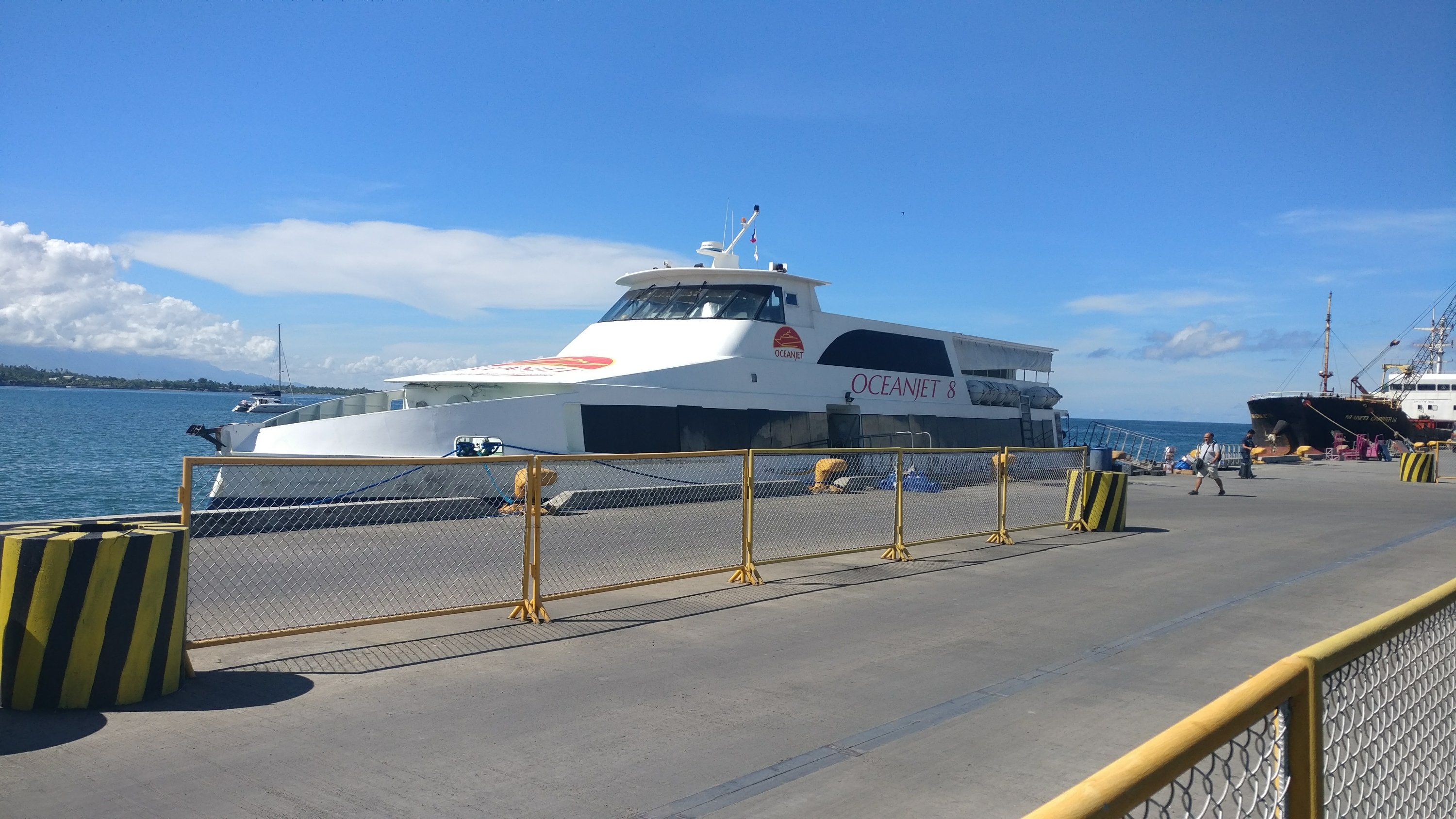 Time to find our seat in business class…

And then choose a different one… 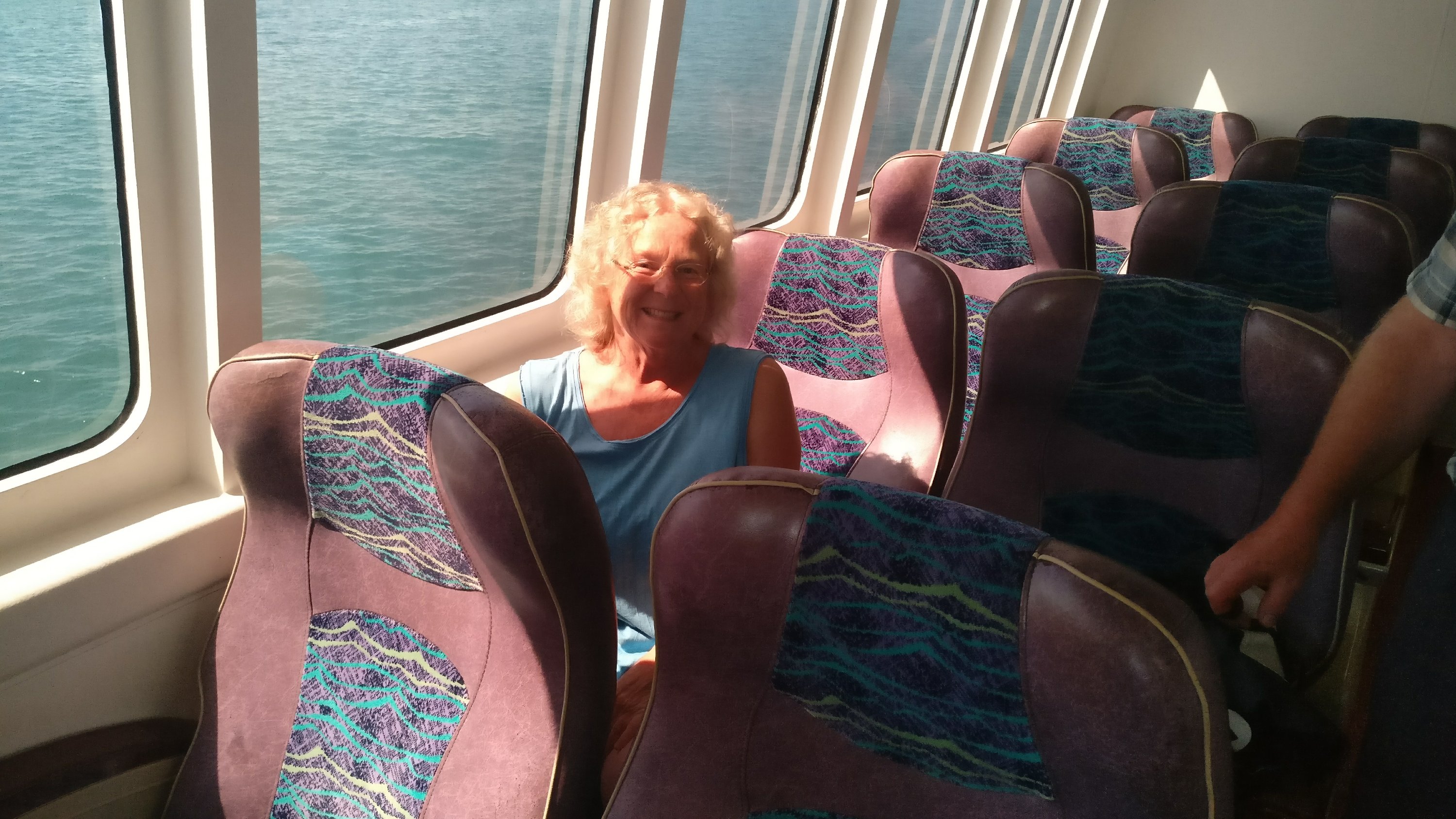 I slept, and possibly snored, for a bit whilst Richard spotted dolphins.

We were collected and transported to the airport where we said our goodbyes to Barry and Judy. We come home. They have another two weeks.

At the new airport for the first time. It’s really nice and spacious.

First in the queue for check-in. Unfortunately, check-in is not open yet. 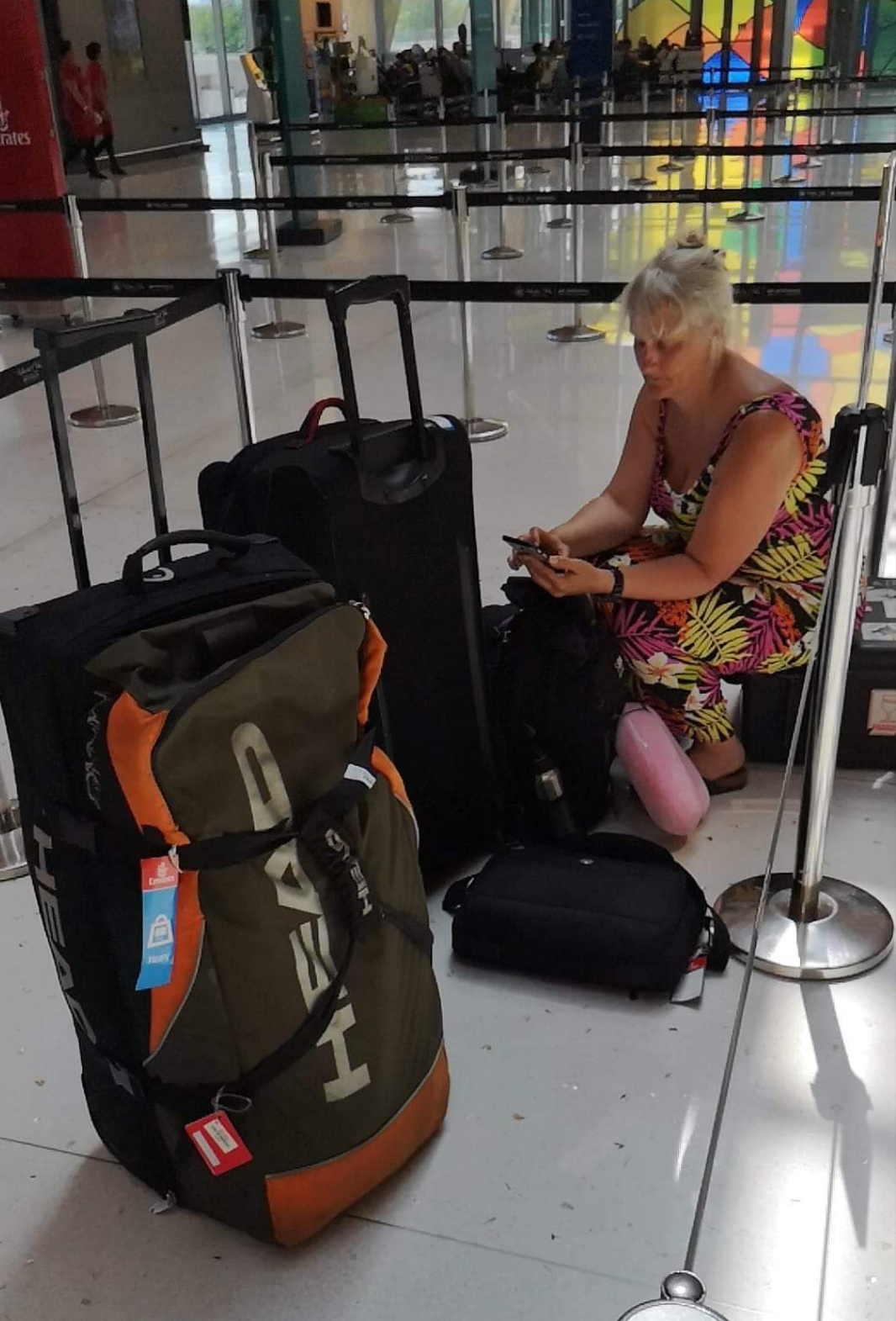 Through security and now sitting in Burger King. Richard happened to mention that he worked for SSP, the company who run Burger King, in London. Since we have sat down, they have been over, to give us extra mayo and tomato sauce, then again with extra serviettes, and then with tooth picks. Either they think we are here to assess them or they think we are really messy eaters. I’ll let you decide…

I could swear that they stood to attention when we left.

Having a wander around the airport, it is very pretty. So I took a couple of pictures. 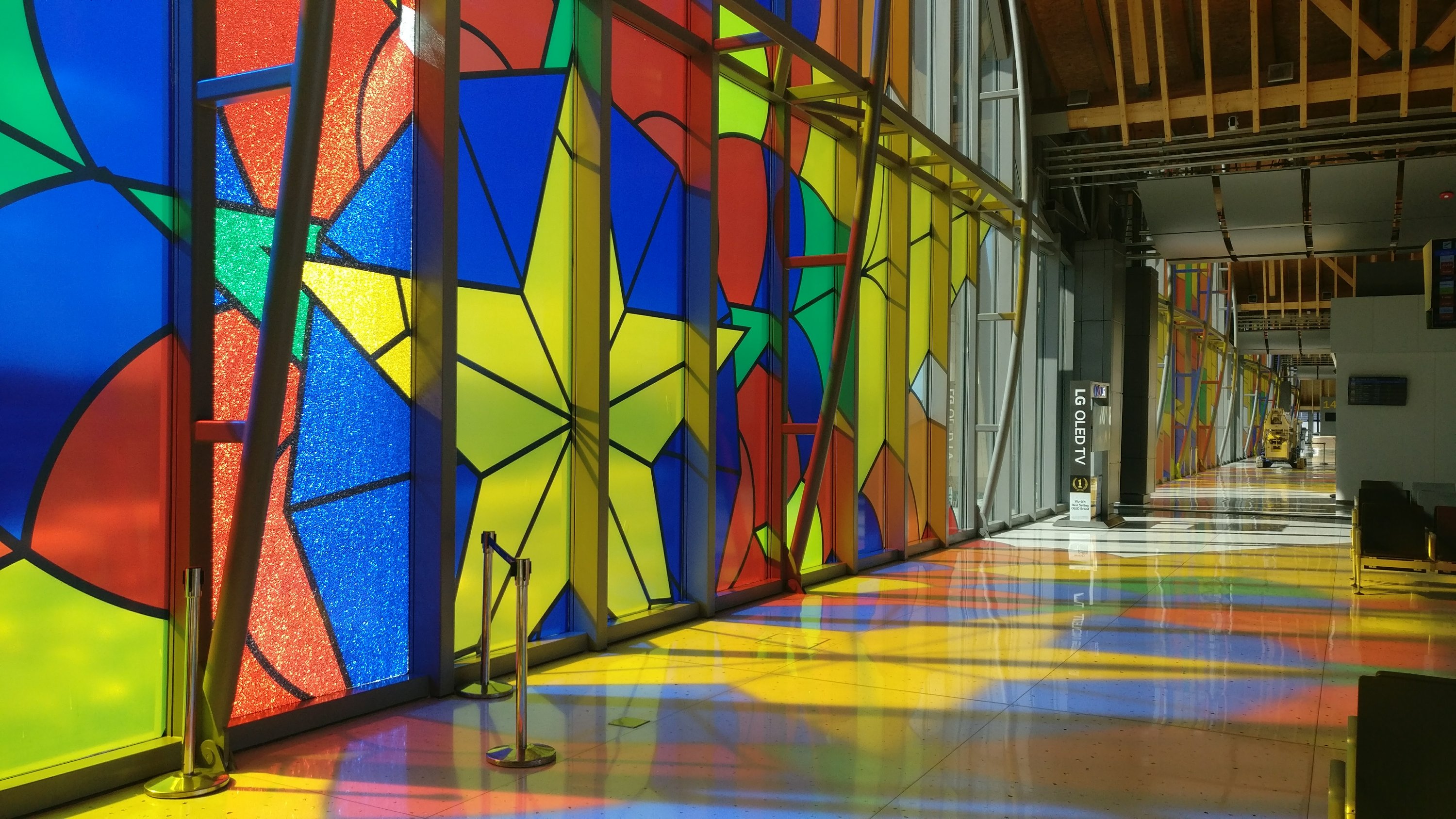 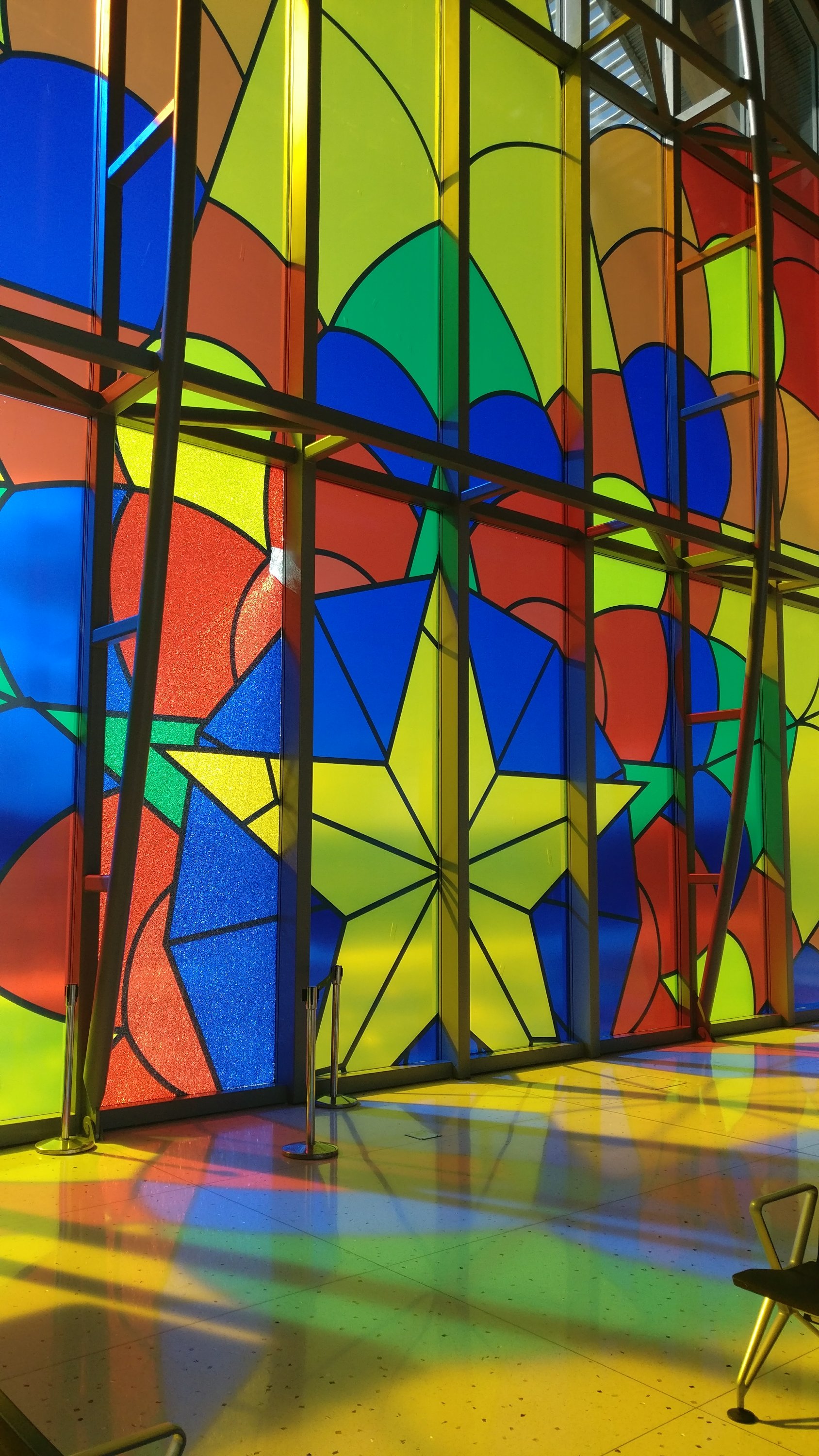 We have this whole area to ourselves. 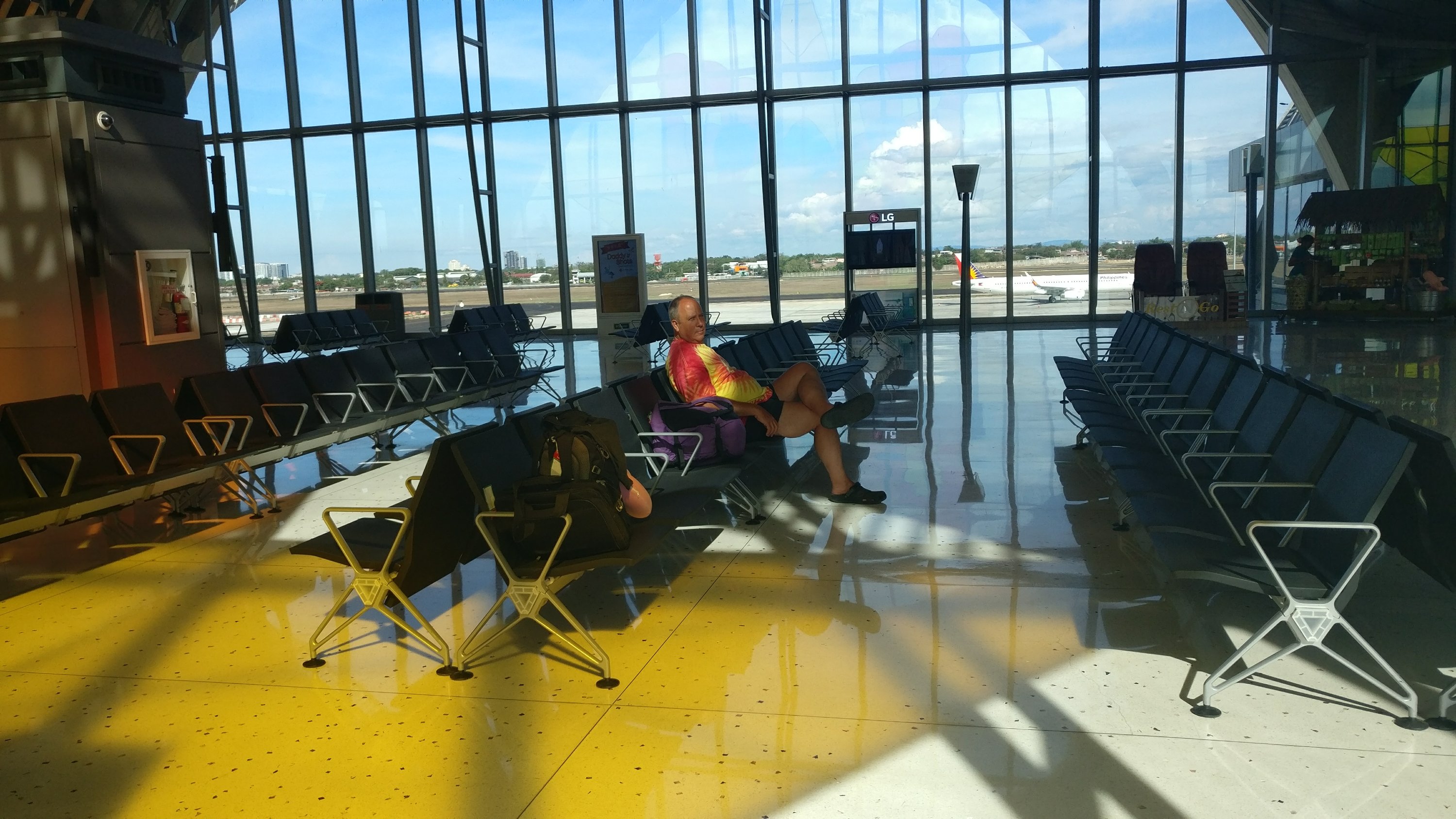 The airport is so quiet.

Plane has arrived, so that’s nice… 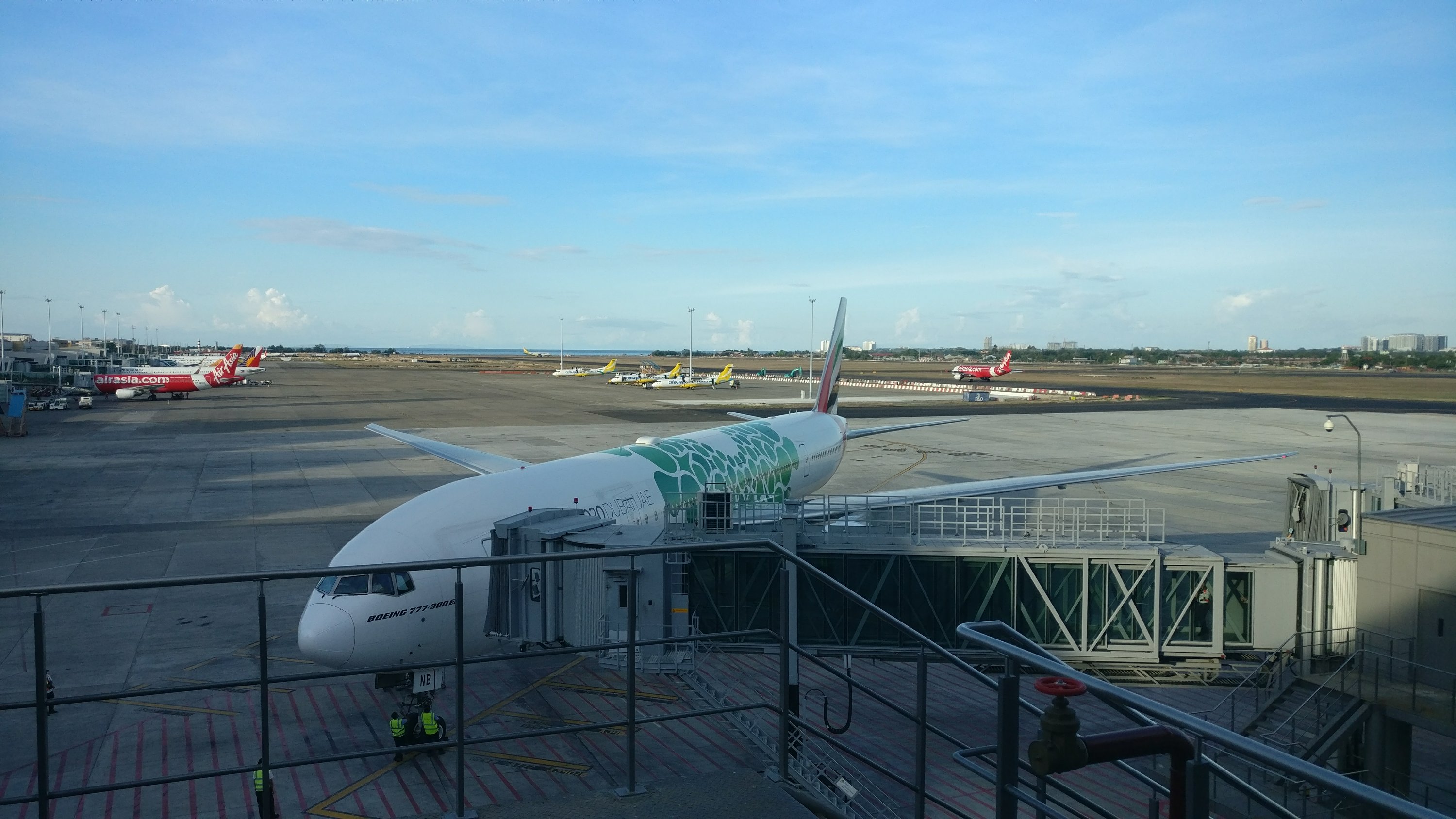 Looking hopeful that we will make our tight connection. Only an hour and a half between landing and next take off.

The flight was completely fine. On first leg into Clark International was easy. I watched Bumblebee which took up the flight and the stop. Next I watched An Old Man with a Gun. Then sleep for the next seven hours.

We arrive at Dubai, 15 mins early. Off the plane at 1:15 and on the next plane by 2:00. We didn’t hang around and the transfer included a bus and a train. Thank goodness for clear signage at Dubai airport. 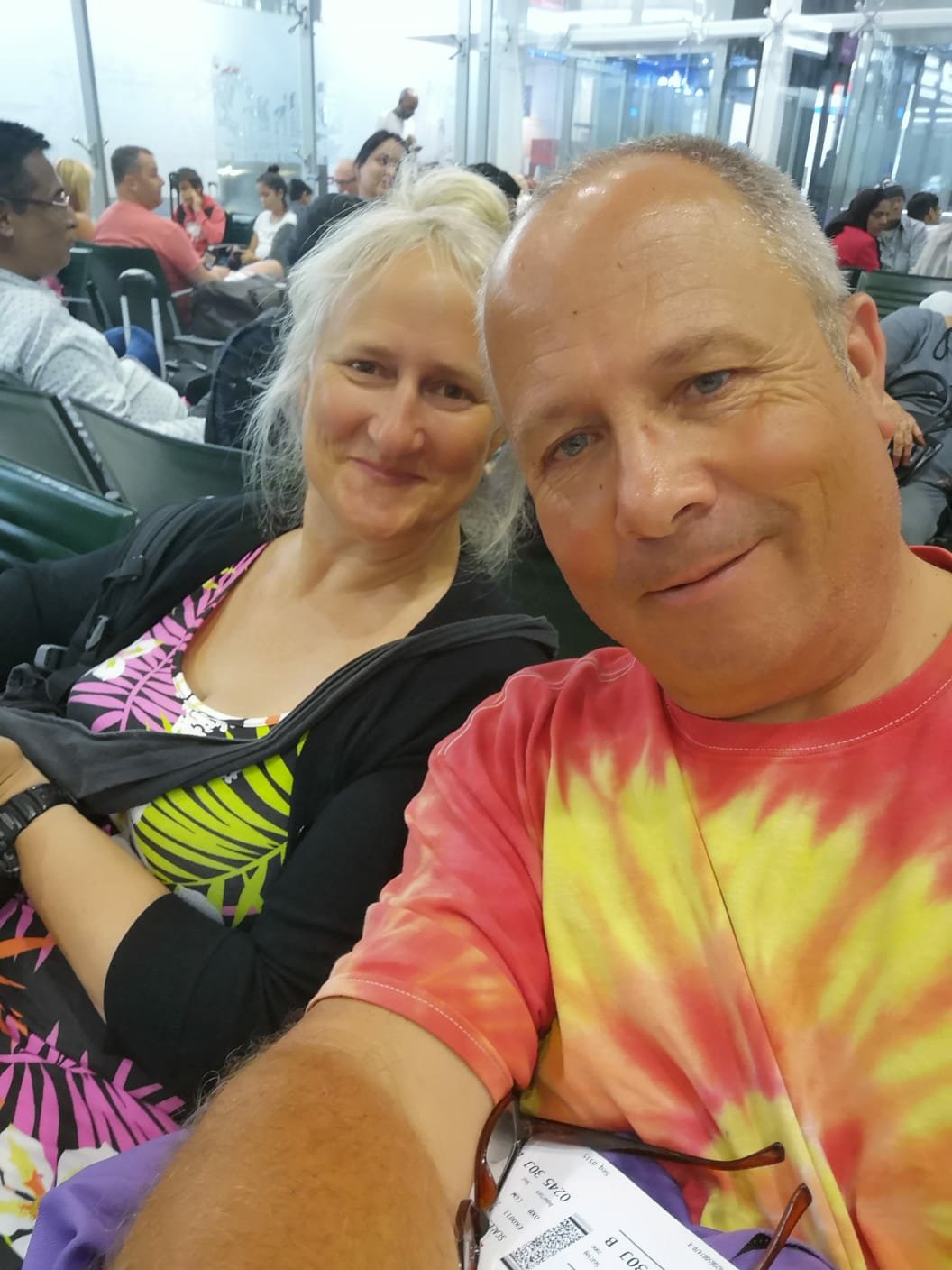 Now sitting on an Airbus A380, got to love this plane. Got my own storage area. 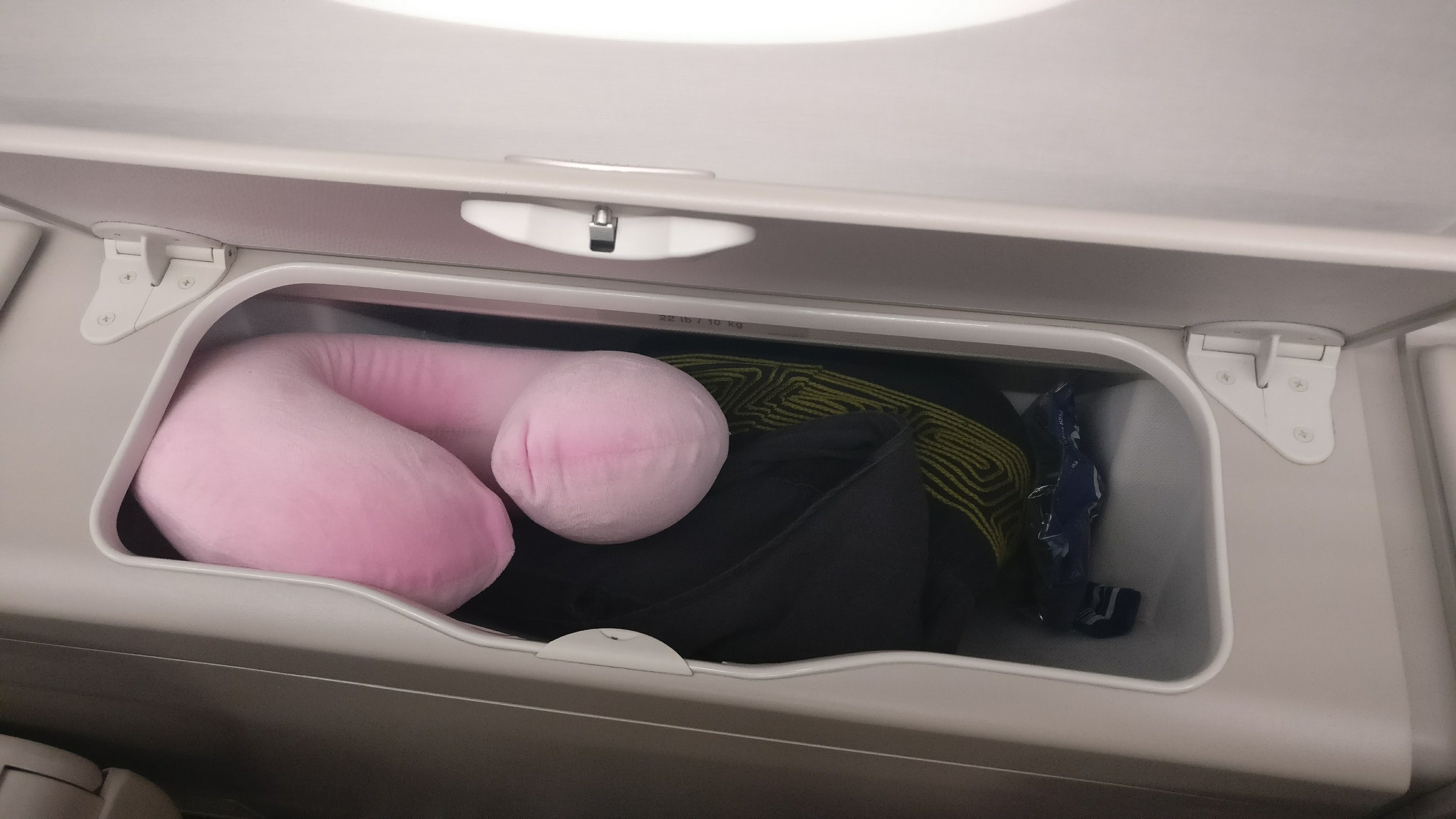 Also, up this end of the plane the toilets are huge. 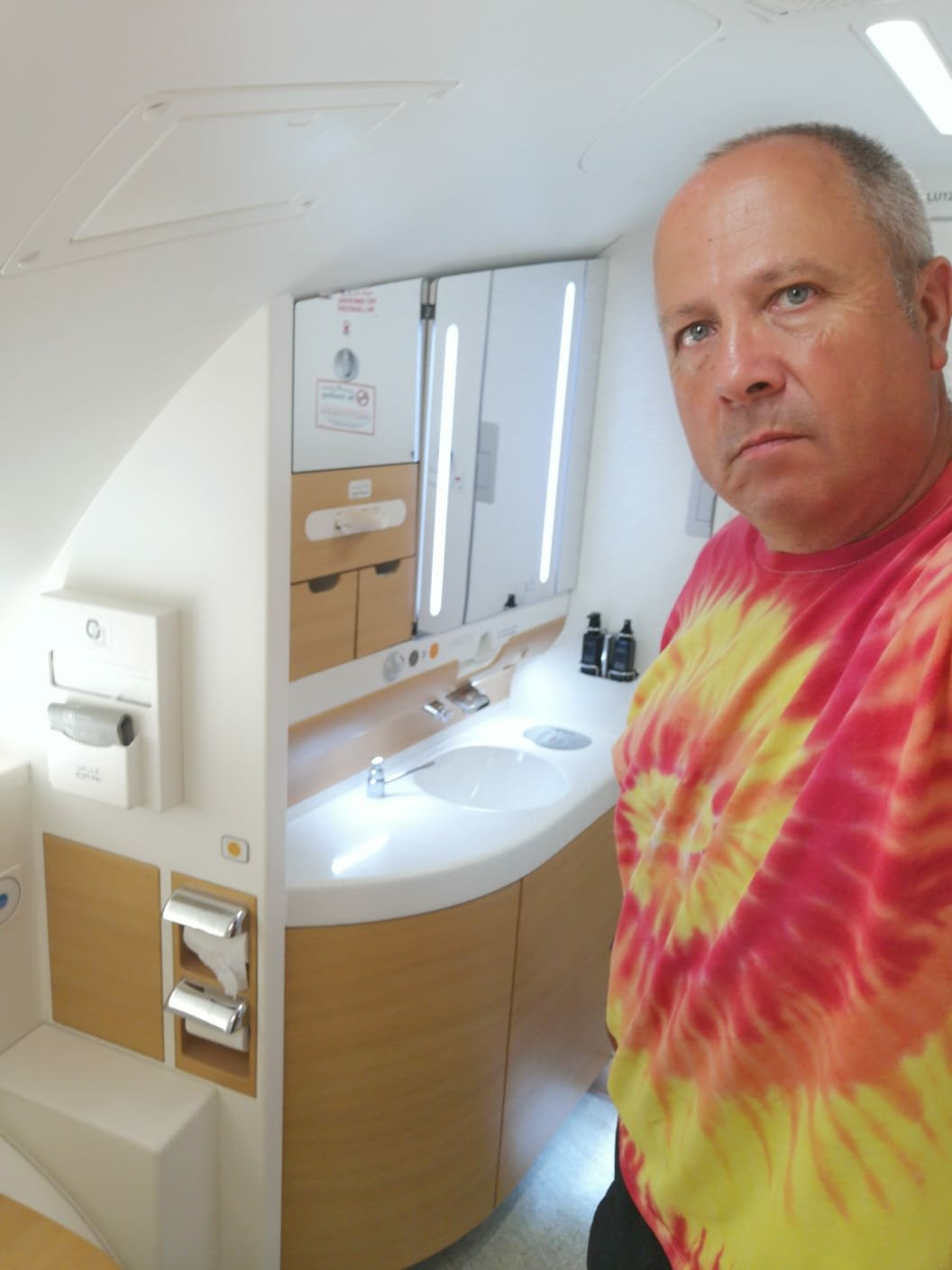 Watched an Agatha Christie film and then Girl in a Spider’s Web. Then slept some more.

Gatwick airport was manic! So many people. Passport control was super quick and baggage reclaim was only about 20 mins.

With an efficient pick up by Ebo, we were door to door in 37 hours.