By Holiblog Contributor in Uncategorized on September 10, 2017

Rained over night. Didn’t disturb us. Not sure how Richard made it back to the hut last night,  without falling asleep on the 30 second journey from our dining table back. I am sure you are all shocked to learn that he fell asleep at the table whilst he was in mid-sentence… Or not?

There was a birthday in the village next door. A canopy was erected over the ‘main’ road to the resort… Some singing and dancing went on. It is the Indonesia way.

Moored up next to a rotting ship. Reef at the top and sand below. Lovely dive with lots of slugs. At the end of the dive, about 6 metres, was a Pinate Batfish which everyone saw but me.

As I missed the Batfish, I was given another tank and sent in again. Yes, one more dive than Richard!!!!

This was the Mandarin fish dive but done during the day.

The first half of the dive was hard work because of the current. We weren’t going against the current but at times staying in one place was hard enough.

In the second half there wasn’t a any current as we moved shallower and more into the bay.

It was a good dive and we saw lots.

Slugs of different shapes and sizes.
I have been taking some pictures of the surrounding area. See our flower of the day below. 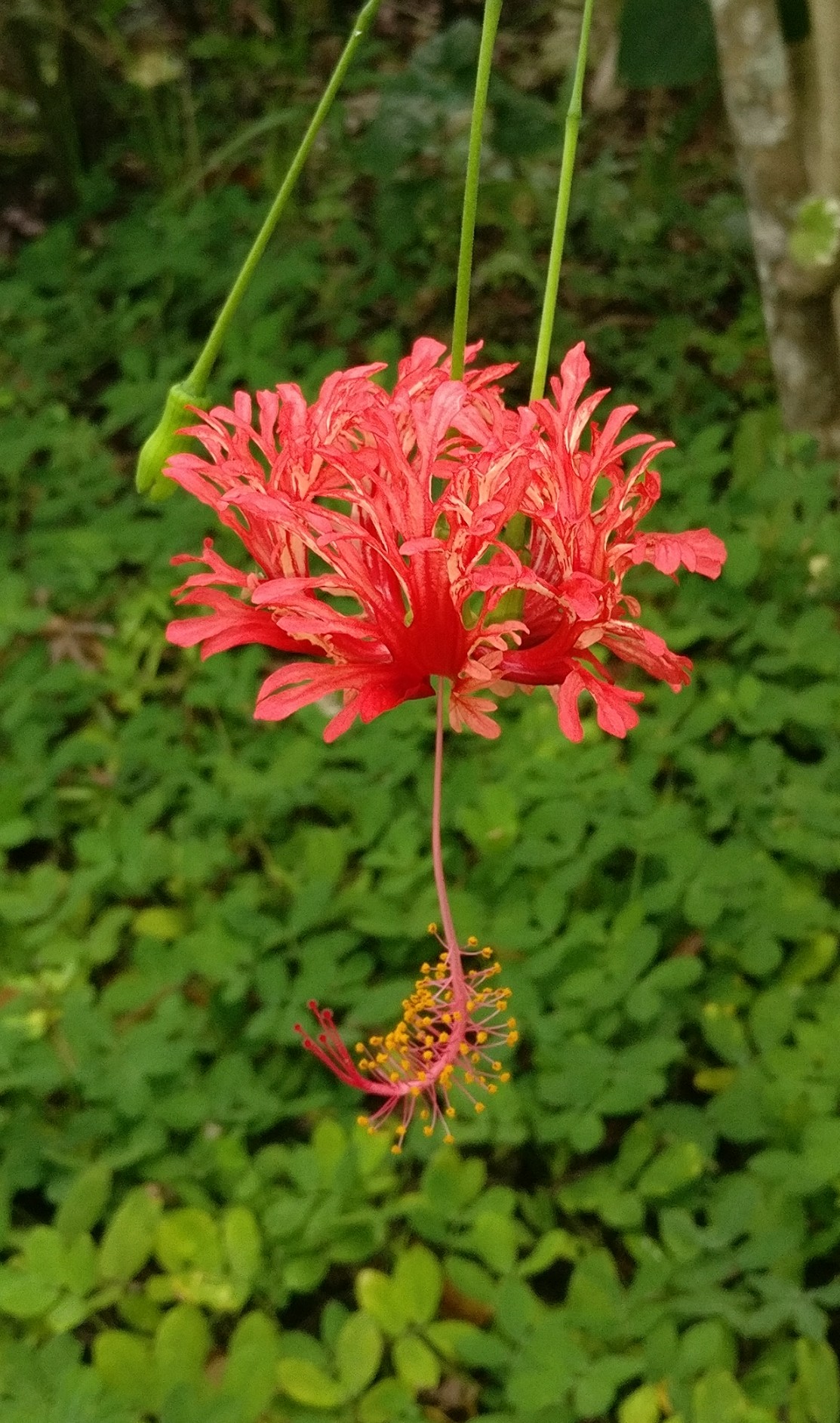 Very enjoyable dive.  Just the two of us on the boat.

The site is just black sand. No current. Viz poor, about 8m.

We saw a number of juvenile boxfish from about a centimetre across down to about 3mm. Also saw a juvenile cow fish and a juvenile green puffer fish, both about 1cm in length, and the smallest squid I have ever seen. Just the cutest things.

There was also a coconut octopus with about five shells. Richard took some pictures. When I went to have a look the octopus was walking away whilst holding all of the shells.

Richard went head to head with a clownfish. It didn’t go well for him. Just goes to prove that you can jump underwater.

Just the two of us on the boat again for a night dive on black sand.

We saw squid, octopus, pretty slug on some stringy grass.

We also saw long wriggly worms in the water, I batted them away and they exploded!! It really freaked me out.

Followed squid to the surface at the end of the dive where the hot chocolate awaited! ☕☕

Richard has just said how nice it is to get the first four dive day under our belt.  My response was ‘oh, that’s right, you only did four dives’.