By Holiblog Contributor in Uncategorized on September 21, 2017

We have eeked the holiday out as long as we can. No packing done yesterday at all, trying to believe that it is not all over. So, up early, as is always the case when on holiday with Richard and having breakfast by 6.00.

Before we leave, I believe that certain things must be admitted… It was me!  Any increase of acidification in the Lembeh Strait during our stay, was me.  I understand that that I may have added to the destruction of the sea, but if you’ve got to go…

For the whole dive…

Actually, I think Richard is partly to blame too!

First breakfast and packing done… Only three hours to spare. Phew! Thank goodness we got up so early, otherwise we really would have been pushing it.

A little sit by the pool before second breakfast…

Well, we made it. Ready to go at 10 o’clock. Some music was laid on, Detmon (one of the guides) on guitar, Chef on the box drum and the security guard on the big double base thing. 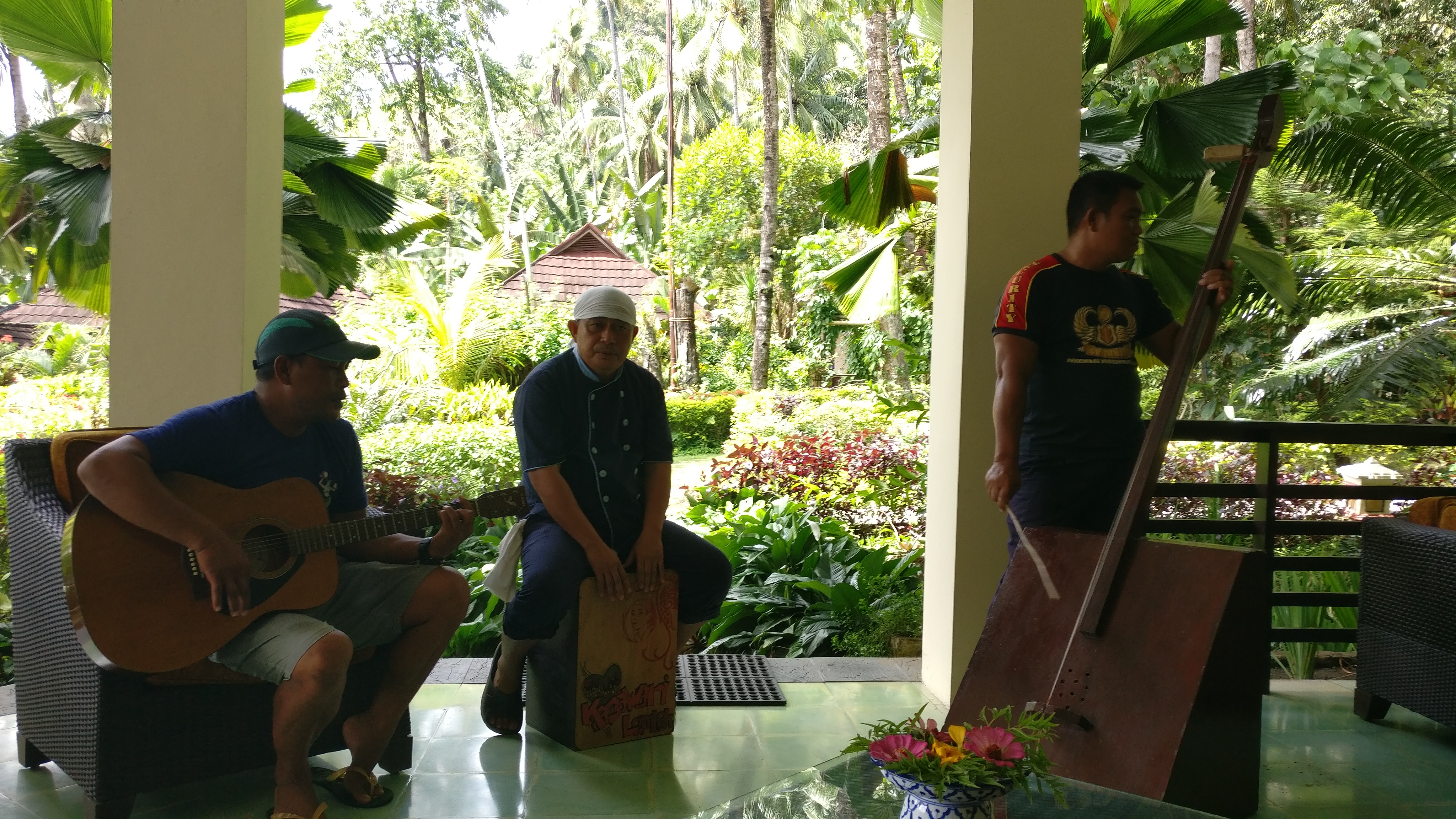 After an hour and a half of beep, beep,  Beeeeeeep, we made it to the airport. Checked in and now looking at the not vast array of shops.

Well that was kind of creepy… Just spotted a man taking a photo of me.

I know that white folk are quiet rare in this area of the world, so you kind of expect it. Still creepy though.

Even creepier… Just spotted him taking a picture of Richard.

And creepiest of all… Here is a picture of him! See I can be creepy too…  MWAAAH HA HA HA HA HAAAAA!!!!  (Think Vincent Price…again. ) (BTW-that is the correct spelling, googled it!) 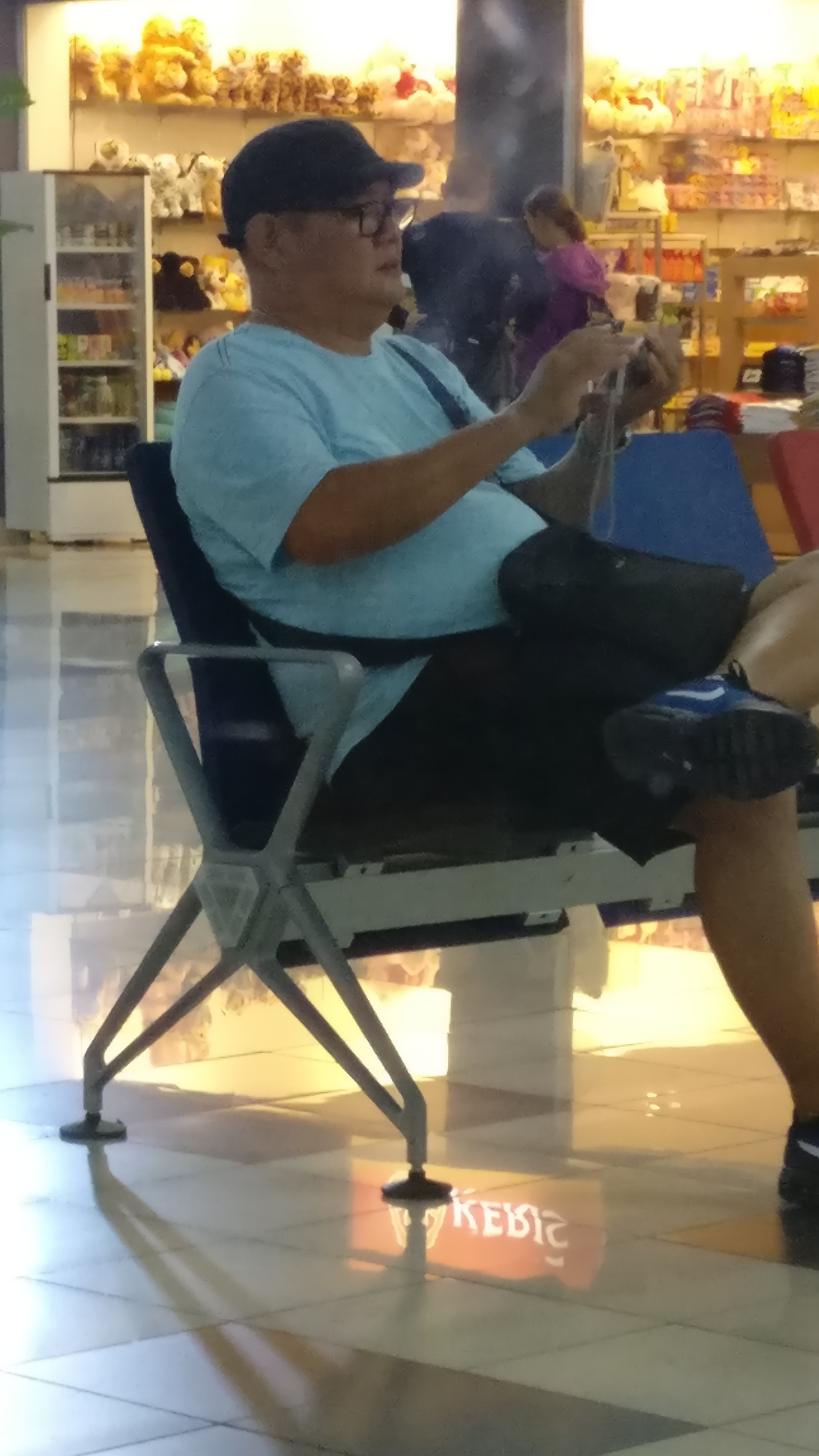 Flight to Singapore went smoothly, although I did notice our stalker on the plane. Once we got to Singapore we checked in for the Singapore by night tour. Basically a trip by bus with two stops, one to the Gardens by the bay and the other to see the Merlion…

Gardens by the Bay 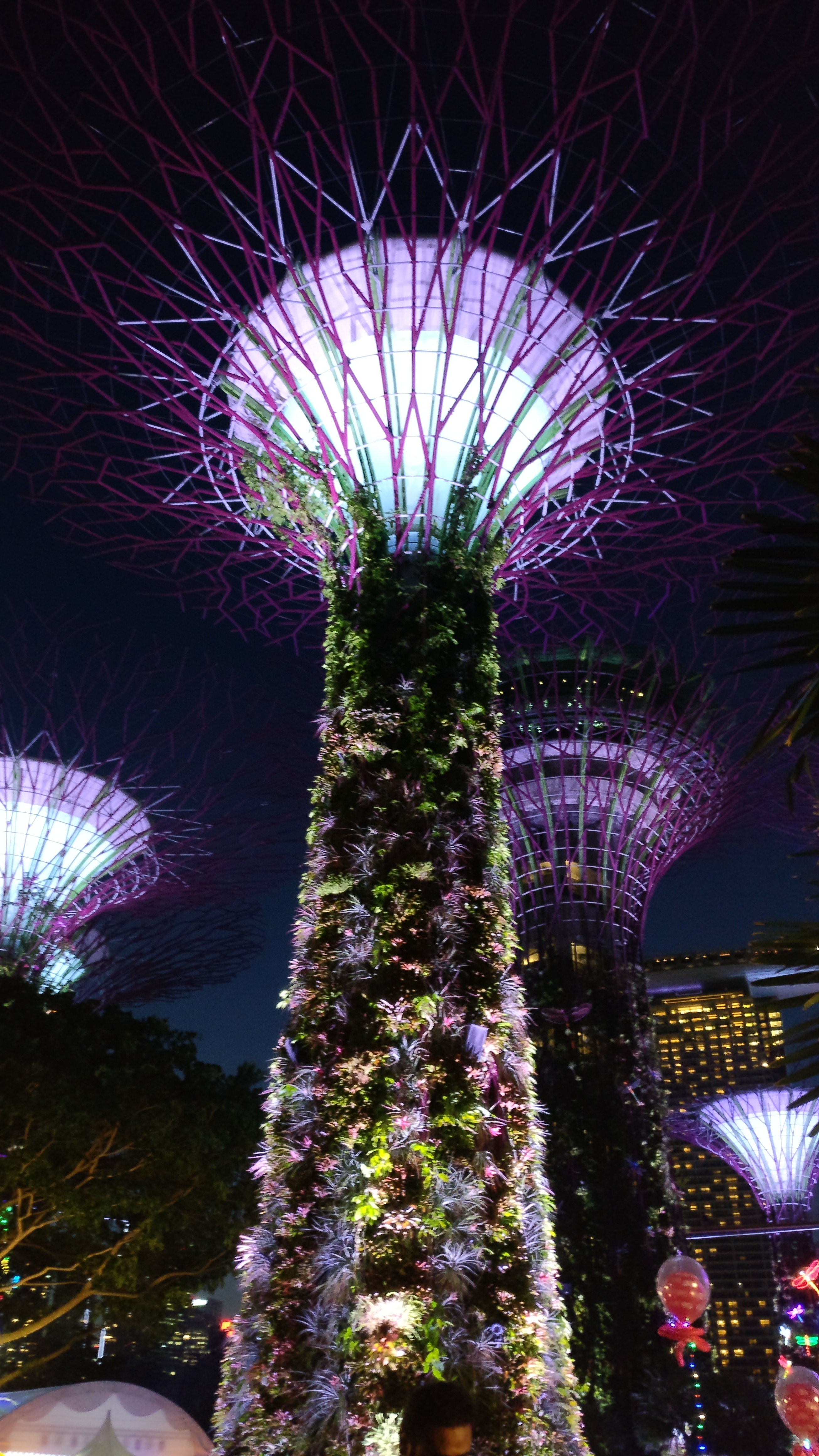 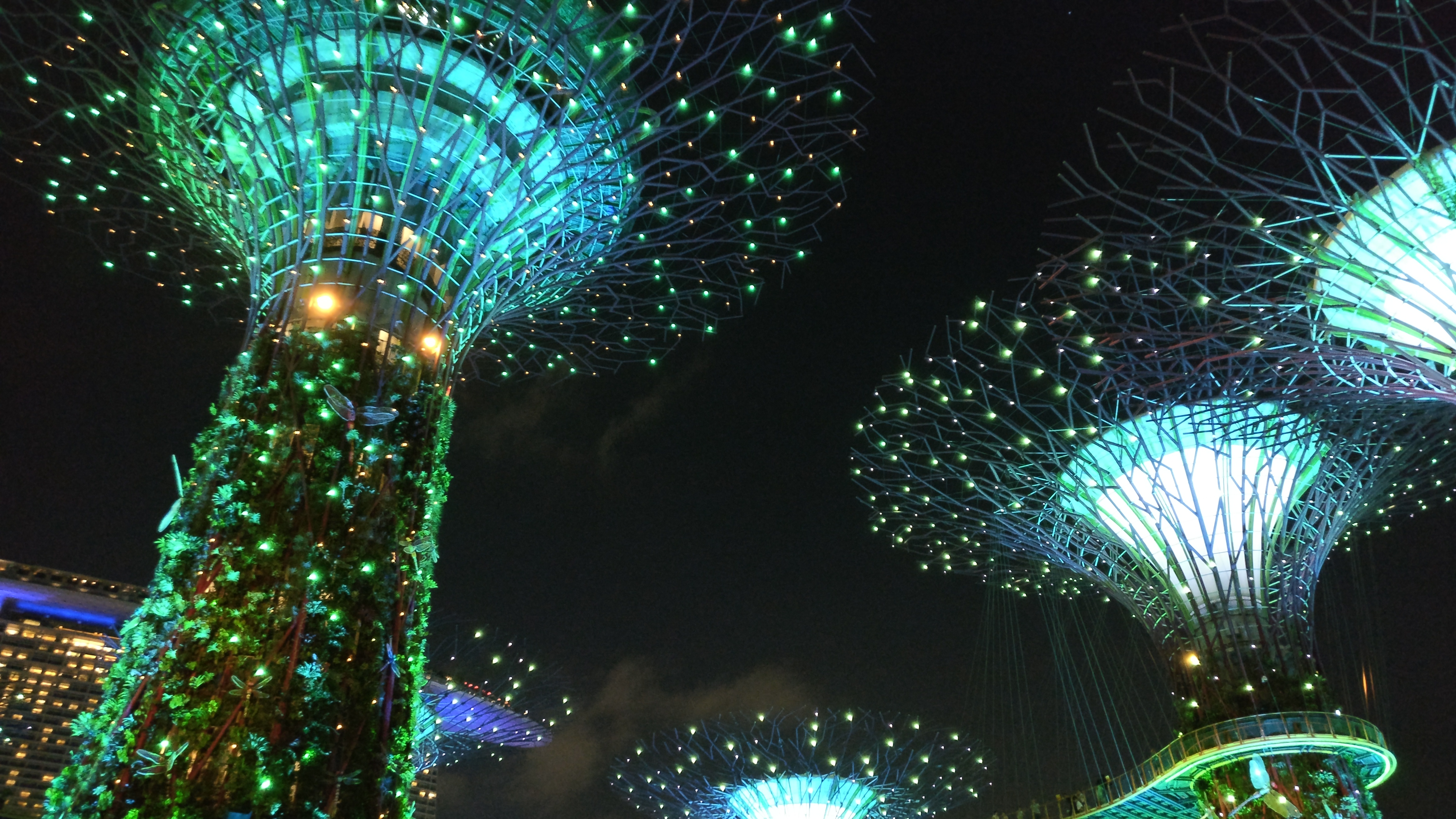 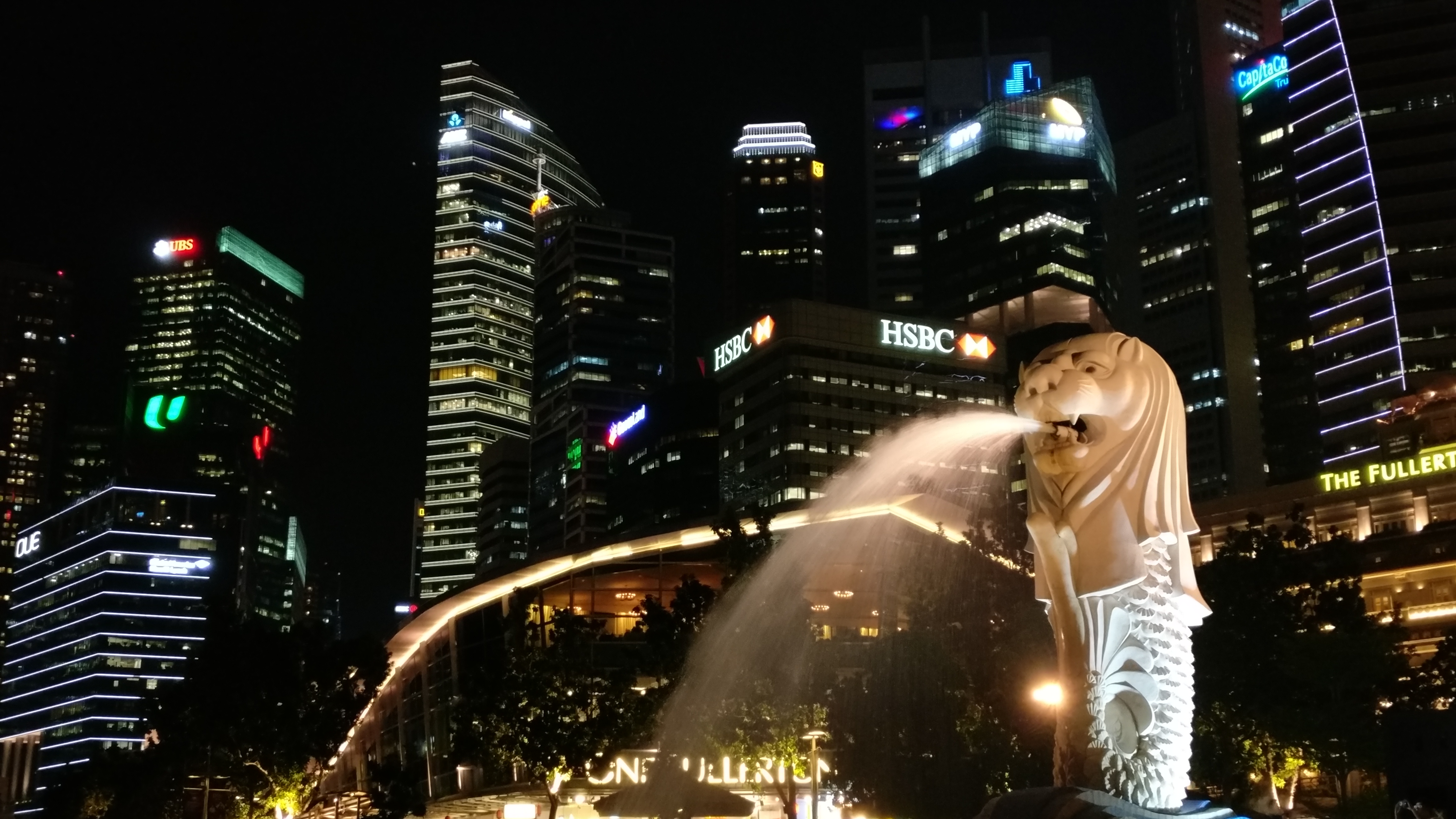 Such a beautiful city.

Back to the airport for food and sleep, in a comfy bed, I hope. Just hope the alarm works…