By Holiblog Contributor in Uncategorized on October 26, 2016

After a two and a half hour OcenJet (business class) ride to Ormoc, we meet our driver for the three hour trek to Sogod Bay, mayhem at the terminal with tuk tuks moving in every possible direction, each one with a smiling Philippino at the helm 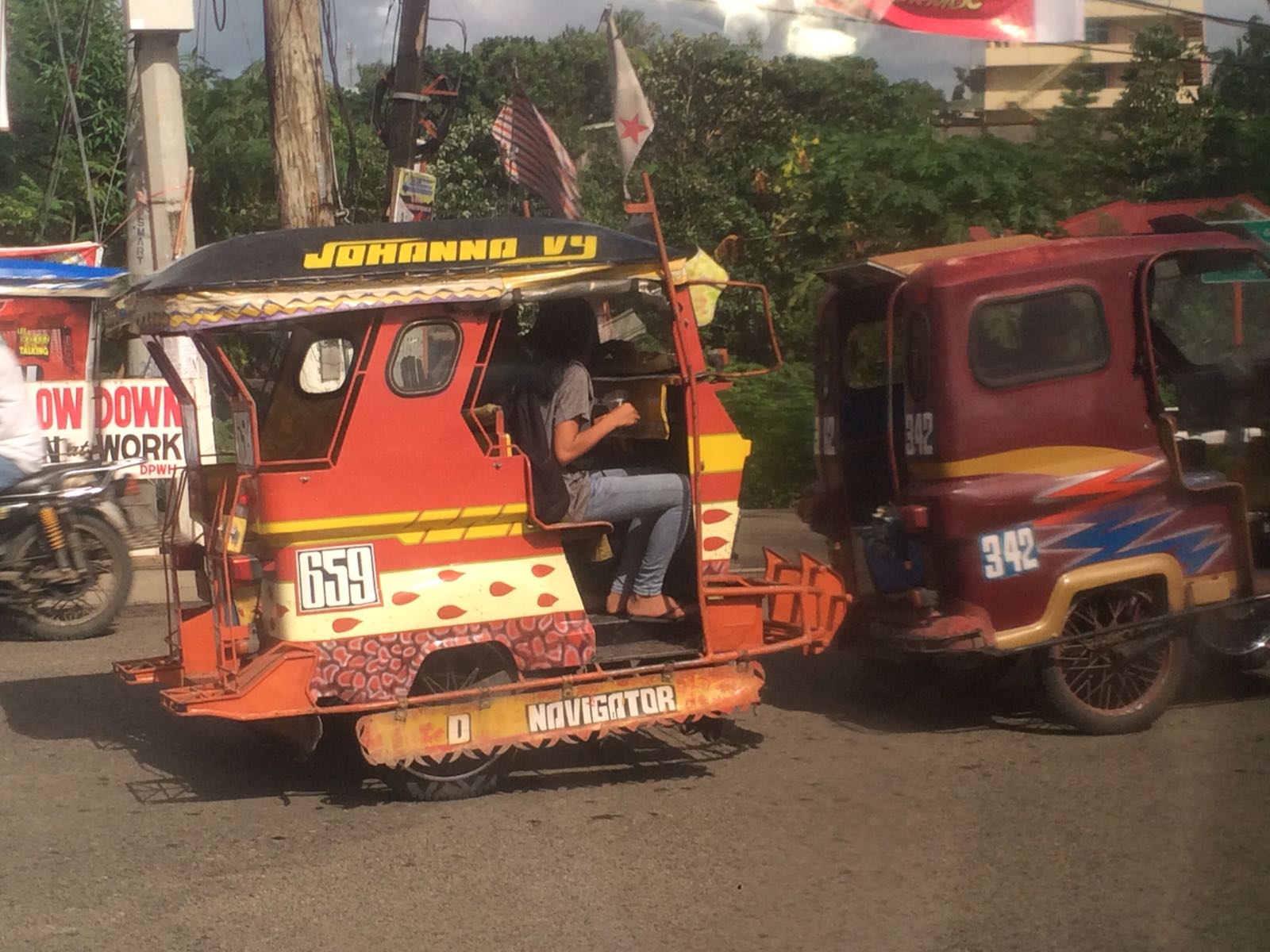 People appeared from nowhere to help is load bags into the van and then stood there smiling whilst we fumbled for change.

Or driver was not hanging around for anything and we overtook just about everything in our way.

After a brief stop to take on fuel and comfort breaks we concluded our journey and were greeted by our hosts.

In our rooms was a little welcome gift from Tony, marks and Spencer’s red. Going down nicely then it was out to look for the Moose and Squirrel restaurant which had dissapeared disappointingly. Fortunately the same chef had opened up a new restaurant next door in the same building, all was well, delicious food, washed down with a bottle or two of “Red Horse” beer. Apparently the only one they had in stock was the “Stallion” variant, the equivalent to Special Brew! We blame our dissappointing cribbage performance due to the Stallion effect! Back to our rooms to pass out after a long day.